“100 corporations are responsible for 71% of the global greenhouse gas emissions…presenting the crisis as a moral failing on the part of individuals without nothing that fact is journalistic malpractice”. 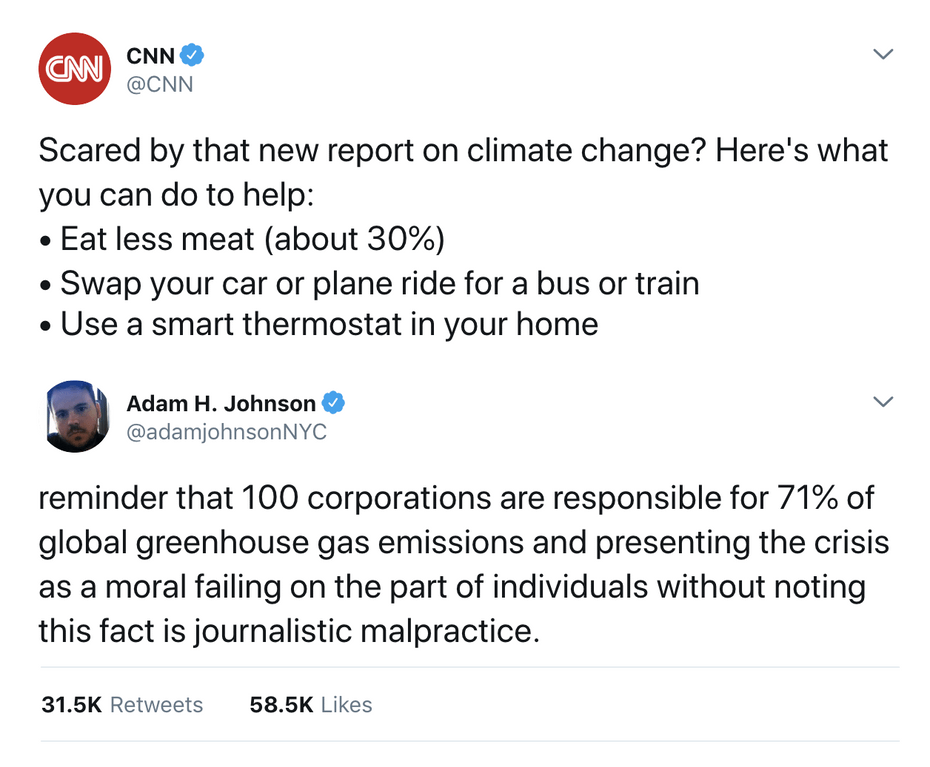 CNN, a network clearly in the pockets of large corporations, used the above tweet related to climate change in an attempt to focus the blame for the drastic increase in earth’s climate on individual human beings. In reality, as the user from twitter keenly points out, it is 100 corporations who are, alone, responsible for 71% of the world’s green house gas emissions.

In that regard, by attempting to direct blame at individual human beings for actions which induce climate change, rather than those 100 corporations, CNN actively undermines overall public discourse related to solutions to the damage being done by said companies.

For CNN to engage in that kind of conspiracy, in order to mislead the public as to the true cause of climate change, is an affront to the very free press they purport to represent; as utilizing news coverage to advance the agenda of moined groups is the antithesis of how our shared public sphere should function.