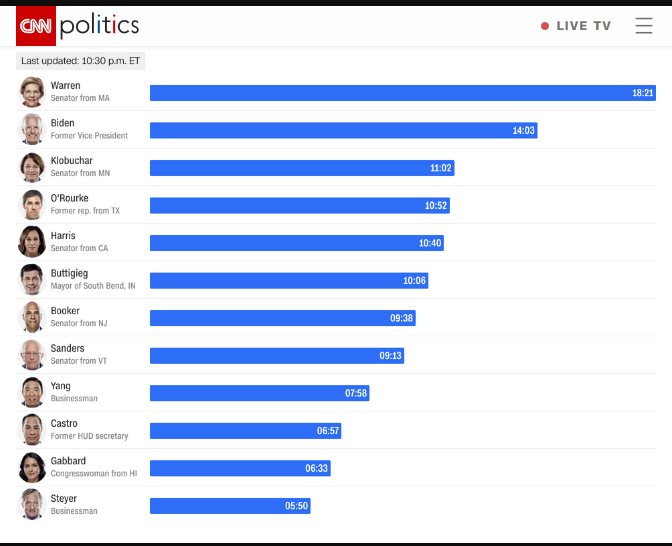 ROGER SIMON: CNN Cements Its Bias Reputation at Tuesday’s Debate. “If there is one thing that Tuesday night’s Democratic debate showed us—as if we didn’t know it in the first place—it’s just to what degree the media is in the tank for the Democrats. They’re not only in the tank—they built it.”