CNN: Threats which caused Gov. Northam to call for a State of Emergency "Have simply not emerged".. "The police very clear in saying they have not had a single arrest during this rally and we have been standing here all morning" pic.twitter.com/6p2JfebvFO

Because the right isn’t violent. 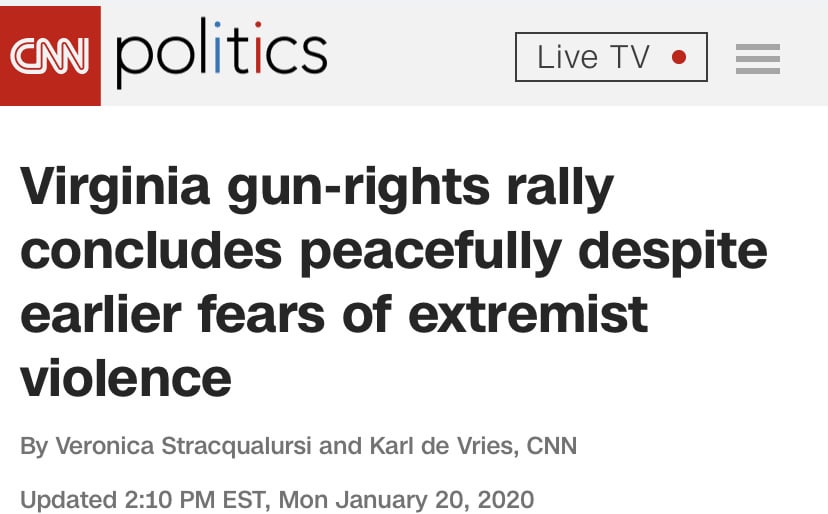 Agitator tried to stir up the crowd at the #VirginiaRally by suggesting violence but the crowd wasn’t having it. pic.twitter.com/SUh1C3fO6l

What appears to be a planted agitator gets called out by the peaceful protesters at the Virginia Rally today. Nice to see how responsible and upstanding our Armed American Citizens are. Protect the second Amendment from all enemies, foreign and domestic.