If people trusted the government, then the vaccine campaign would have been successful. The fact they are using money to induce personal choice is telling. The fact they have surplus dosis to send overseas is clear proof. The fact the change in the mask guidelines is still being resisted by Biden and his people says this is not over. They wanted to lock down the economy after entering office. There was no broad based support. And with the rollout of the vaccines, they thought this would give them cover. But the protection of Big Pharma against lawsuits, the cases of deaths from the vaccine and failure of Europe to reopen is proof both continents want to remain closed. Vaccines, in theory, real vaccines, will work much of the time. Not today. This is biological warfare. Our government failed to protect its people. And now it’s attacking its people for not taking the vaccine, a double whammy. And censoring those who oppose them.

Governments are into symbolism. Ours dropped nuclear weapons on Japan to show the Russians we had it, not to defeat Japan which was already broken. Symbolically, the failed campaign is like the one you often refer to when the Roman emperor was captured by the Persians and turned into a footstool. Panic ensued. We are close to panic today. It won’t take much to unleash it. Perhaps another lockdown. Perhaps forcing vaccinations. But if the vaccine was their answer to the problem they created, what do you suppose will be their penalty for not listening to them? And separating people into groups between vaxxed and non vaxxed, picking sides, do you think that brings unity, or separation? This is by design to force their choice on others….oligarchy, not democracy.

See also  It took a year from the collapse of Bear Sterns for the market to find a bottom. Be patient with reinvesting your gains.

REPLY:  The date May 8th, 2021 was 31.4 years from the turn in the Economic Confidence Model 1989.95 which marked the collapse of Communism. This date to me marks something far more profound than just a turn in markets. It represents a similar collapse in Socialism. I know people say I am wrong and it is Capitalism that is collapsing. They are confusing Capitalism with Corruption. The collapse in Socialism is the fact that these people have been borrowing year after year with NO INTENTION of ever repaying the national debt. 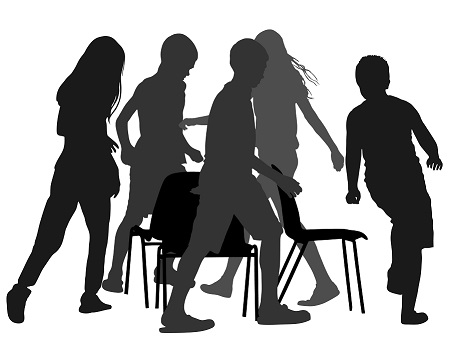 They have engaged in a child’s game of musical chairs. The bond traders buy and sell just punting. Now that Europe moved to negative rates in 2014. they are trapped and cannot raise rates but at the same time, they have destroyed their bond market. This is the collapse of Socialism for all they can do now is claim COVID to justify just expanding the money supply to cover their promises and at the same time, this is when they move into high-gear to try to seize assets and taxes. You have Biden pushing a global minimum corporate tax of 15%.

The fact that the MAJORITY of people have rejected the vaccine despite call all of us conspiracy theorists and Nazi-like Alt-Right, perhaps the silver lining here is that those getting the vaccines if there are any serious long-term side-effects, they will be culling their own herd who believes that the government, like a prostitute, really loves them.