“A crash could prove to be President Trump’s worst legacy. Not only is he — and the Fed he’s helping to create — not paying attention to the alarm bells (ignored by the last iteration of the Fed as well), but he’s ensured that none of his appointees will either.

After campaigning hard against the ills of global finance in the 2016 election campaign and promising a modern era Glass-Steagall Act to separate bank deposits from the more speculative activities on Wall Street, Trump’s policy reversals and appointees leave our economy more exposed than ever.

When politicians and regulators are asleep at the wheel, it’s the rest of us who will suffer sooner or later. Because of the collusion that’s gone on and continues to go on among the world’s main central banks, that problem is now an international one.”

One can assume many motivations for the munificent treatment that the Big Banks have received in the US.

The fig leaf is that this was done for ‘the sake of the system’ wrapped in dollops of fear and uncertainty mixed well with jargon and complexity.   This is the art of the fraud.

We do have the historical example, from a much worse banking crisis in the US during the 1930s, that a thorough reform of the banking system is possible, and significantly less expensive than bailing them and their elite holders out, legally and financially.

The major difference in the handling of each crisis is how the resolution prioritizes the distribution of  financial and legal consequences.

In the 1930s the public and the depositors of the banks were given the highest priority for resolution and future protection.

In the most recent banking crisis it was clearly the banks and their creditors and management who were given the greatest amount of consideration by far.  Indeed, what set this up was a decades long campaign to overturn the last of the safeguards that had been passed in that 1930s crisis, a notably bi-partisan effort greased by hundreds of millions of dollars.

One might take into account the prevailing cultural climate, at the forefront of which is the current political campaign financing system that provides enormous amounts of money for the politicians from the financial class and moneyed interests.

There is also the phenomenon of the emergence of a discrete and significantly more influential and wealthy professional elite as a coherent class, many of whom know each other,  have gone to the same schools, and move back and forth between diverse economic sectors and public office.  And they have significant personal financial entanglements.

This is of more than historical importance. Why?  Because it is all going to happen again, most likely during Trump’s term of office.   It makes little difference who is sitting in that White House chair, since Hillary would have certainly would have served the same purposes.  There were other choices that would have been more favorable, but the established two party system would not have any of that.  Nothing personal, but reform would be bad for business.

It would be a monumental mistake to assume that the powers that be will have ‘learned anything’ from what they have done during the last two financial crises since 1999.  They were not ‘asleep at the wheel’ then and are not so now.  That is a myth, like the CEO of the failed business who can claim to have little or no involvement in the company which he served for enormous amounts of compensation, as in the case of Enron for example.  Or MF Global.

The thought that this time will be different assumes something very fundamental about their priorities and purposes and how they have changed.

And by all recent accounts and current observations, you are stilll not one of them.   Not the other guy, not ‘those people,’ but you.  You do not matter to the powerful  And if you think you do, then I am sorry but you are seriously deluded.   And you have a lot of company on both sides of the red-blue divide. 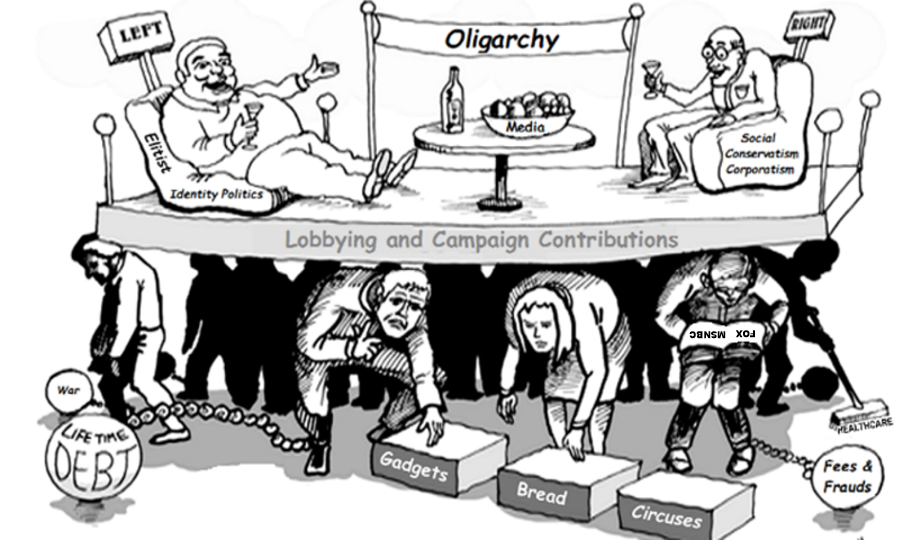