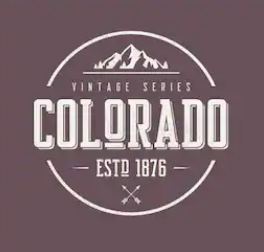 QUESTION: Marty, Colorado is changing its law that the electoral college will be assigned according to the popular vote to try to stop Trump. Would you care to comment on this?

ANSWER: In Colorado during the 2016 Presidential Election, 48.2% voted for Hillary and 43.3% for Trump. The danger of this bill means that the people of Colorado might not vote. Regardless of who they vote for, the state will vote for whoever won the popular vote. So if Trump won the national popular vote but the state voted for a Democrat, then the state would have to vote for Trump. This is a very strange proposal. It is trying to eliminate the possibility of a winner who is not the popular vote winner.

Colorado will become the 12th state to join the national popular vote interstate compact. Those 12 states and the District of Columbia, which has also passed a popular-vote bill, account for 181 electoral votes, just under 90 shy of the 270 votes a presidential candidate needs to win the White House. The compact will not go into effect until the coalition includes states that add up to 270 electoral votes or more. Once it does go into effect, states that are part of the coalition would award their electoral votes en masse to the candidate who wins the national popular vote.

These states are trying to prevent a Trump victory at all costs. The purpose of the Electoral College was to ensure that one state does not dominate all others. It will also expose the entire nation to voter fraud as was out of control in California which is why Bernie went to the White House to complain to Obama that Hillary stole California from him.