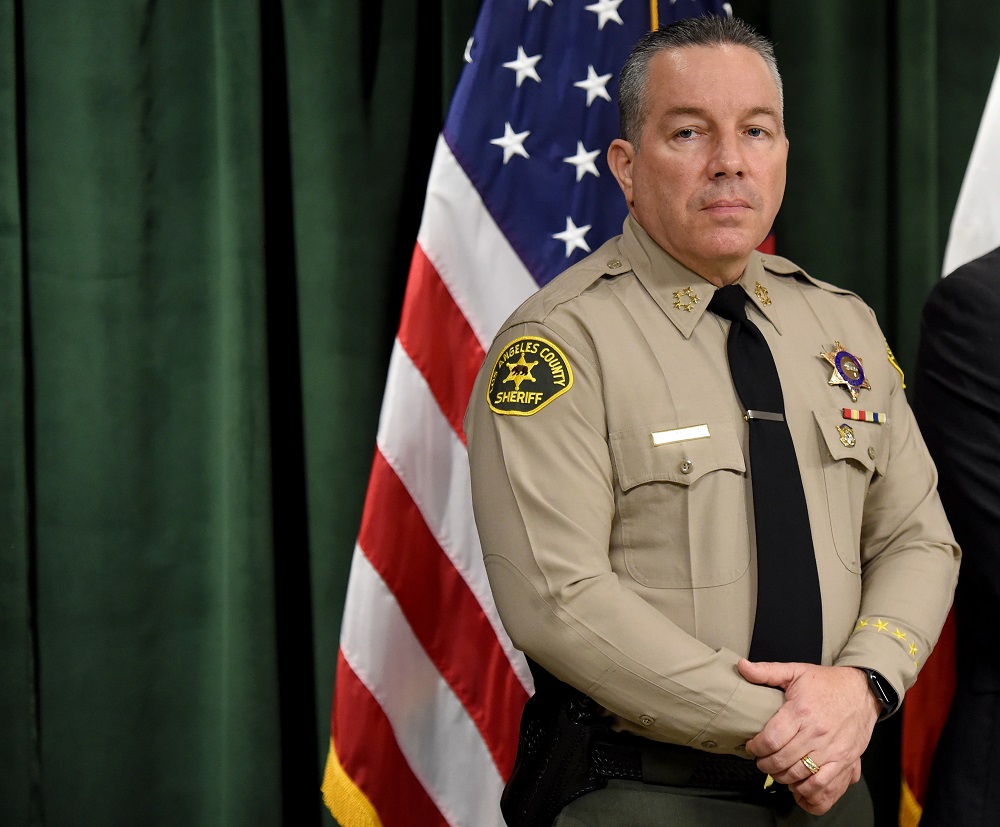 The battle over the attempted forced vaccination of 100% of the American population regardless of scientific reason or prudence has brought out the absolute worst within a certain group of people in our society. They are showing their true colors as the authoritarians they really are, desperately clamoring for the power to compel people they don’t know or care about to submit to an experimental covid “vaccine” with no long term testing to prove its safety. I noted this trend in detail in my recent article ‘Noam Chomsky Goes Off The Deep End – Proving All Socialism Leads To Tyranny’, and I have to say, there are some folks out there that are shockingly monstrous just under the surface. It makes one realize how the dictatorships and genocides of the 20th Century were made possible.

Historians tend to blame the idea of the “charismatic dictator” for the rise of totalitarianism within any given culture, as if all it takes is a single well dressed and well spoken figure with the ability to manipulate the emotional output of the masses into doing things they would not otherwise do. This is a fantasy. In reality, dictators and oligarchs cannot come to power without the avid support of a certain subset of the population that WANTS and LOVES tyranny.

That is to say, authoritarians in government appeal to the rotten core of the worst of humanity – the sociopaths, the narcissists, the psychopaths, the control freaks and micromanagers. They work hand-in-hand with the aberrant and the fearful, the deceitful and the grotesque, and they align with such people to make it appear as though authoritarianism is an overwhelming desire of the majority when it is actually the deviant thirst of an aggressive minority.

Of course, as in physics, there is no action within human society without an equal and opposite reaction. Just as the covid mandates have brought out the worst in some people, they have also brought out the best in others. The people who love and respect logic, reason and individual liberty are massing. We are legion, and I have been consistently surprised at how many of us there are within government institutions including law enforcement.

The Sheriff of LA County, Alex Villanueva, proved his courage this week with a public media address covering the destructive effects of the covid mandates on his own department, using cold hard data to show that thousands of personnel and deputies, 30% of the Sheriff’s department, will be leaving or will be forced out of work by LA County if the vaccine mandates move forward in January. He also faced down a torrent of some of the dumbest and most vitriolic questions I have ever heard from a crowd of clearly biased “journalists” (i.e. leftist activists) scrambling to cast doubt on the sheriff and his data.

I recommend watching Sheriff Villanueva’s even handed and rational presentation in full here:

Keep in mind that the Sheriff is a vaccinated person, but he continues to defend the rights of his deputies to make personal informed decisions on the jab. Being anti-mandate does not mean a person is necessarily “anti-vax”. I think the sheriff did an admirable job presenting his case so I won’t rehash it here. However, what I do want to talk about is some of the INSANE rhetoric coming form the reporters in the crowd as they tried to confront and brow-beat him on his information and personal stance. There were some facts that the Sheriff put forward that the media seemed to be especially triggered by, so let’s talk about these issues for a moment…

Covid Mandates Are Not Laws

Multiple leftist reporters were extremely perturbed by the notion that Sheriff Department personnel could be “allowed” to defy the mandates at all. This was perhaps the most revealing line of questioning from the media, showcasing their complete lack of knowledge on constitutional law and their inherent hunger for control. Primarily, the questioning asserted that deputies and other staff would be “breaking the law” by refusing to comply with the mandates, and the media compared non-compliance with the jab to criminal non-compliance with a traffic stop.

Sheriff Villanueva rightly reminded reporters that covid mandates are NOT laws. The reporters didn’t seem to understand. One of them even suggested that this argument was “semantics”. No, it is not semantics. If mandates are “laws”, then our country’s legal system should be done away with entirely and all decisions should be made from on high by executive fiat, making people like Biden and his handlers dictators by default.

Laws are passed by legislatures or voted on by the citizenry in the US. The vax mandates are what is called “Color of Law”; they are dictates passed down by executive order or through bureaucracy with no checks and balances and are presented as laws when they are not. There is no allowance for “mandates” in the US Constitution, and I would also remind covid cultists that there is also no allowance for “emergency powers” within the Bill of Rights.

One reporter asks if the Sheriff is supporting the idea that people should be allowed to pick and choose which laws they want to obey. The Sheriff says of course not, but this question is disingenuous at its core and assumes that “laws” are sacred in and of themselves.

If a law is unconstitutional and immoral, then yes, each person absolutely has the right to shrug off that law. Laws do not matter. All that matters is what is right and what is wrong. One would hope that our society’s laws will reflect our society’s values and principles, but sometimes they stand in direct opposition to our moral compass. Covid mandates are not laws, and even if they were they would be both unconstitutional and immoral laws that do not deserve our respect. There is nothing wrong with refusing to obey an illegal and immoral order.

I always thought that losing one’s job WAS supposed to be the punishment for being unvaxxed. Apparently this is not enough for the covid cultists. Reporters insinuate that people who don’t comply with the vax should be criminally prosecuted under the mandates (which are not laws), just as a person would be criminally prosecuted for not complying with a deputy during a traffic stop.

This confirms my suspicion that leftists did not expect such a large number of people to risk their jobs to defy the mandates. Leftists and pro-authoritarians have no concept of valuing principles over one’s own comfort or safety, and so the large national opposition to the mandates has caught them off guard. Now they are facing the prospect that THEY will have to suffer real world consequences for their support of vax authoritarianism, and the leftists don’t like that.

The Sheriff logically outlines the facts on the ground in terms of personnel and how many will be leaving or will be fired due to the mandates, and the numbers hit hard. With at least 30% of the department gone, law enforcement in LA County will be effectively crippled. They are already short-staffed as it is because of the LA County Board Of Supervisors and their woke agenda to “defund the police”. Suddenly, losing their police force is not sitting well with those same woke activists.

The media was very aggressive in trying to cast doubt on the idea that many deputies and staff were leaving because of the mandates, which the Sheriff squashed immediately by making it clear that the losses could only be attributed to vax requirements and any other suggestion would be disingenuous.

The bottom line is this: The system as we know it will shut down if the mandates are enforced. This is why Joe Biden and friends are waiting to enforce the mandates until AFTER the Christmas season. They know that businesses and industries across the board will be hobbled by the loss of 30% or more of their workers and that many government institutions will be unable to function with the loss of 10% of staff, let alone 30% or more.

The media is already trying to paint the narrative that people forced out of their jobs because of the mandates are the BAD GUYS, not the victims. This is classic leftist gaslighting. They attack the population with their edicts, they offer a non-choice in terms of compliance, and then when a large number of people choose to make sacrifices rather than submit, the authoritarians label those people “criminals.” In other words, the message is:

“Because you will not submit to my tyranny, you are hurting society. Your lack of submission to my authoritarianism is an attack on me and the greater good.”

The Narrative Is More Important To Covid Cultists Than The Facts

Reporters then argued that the Sheriff should be “evangelizing” for the vaccines instead of giving such a presentation. I find this use of language interesting. I have long said that pro-vaxxers are a kind of cult that ignores the science and has turned the national medical response into a political witch hunt against conservatives and liberty minded people. The media thinks the Sheriff of LA County should be “evangelizing” to his staff, which means they want him to stop publicly sharing data that disagrees with their religion because it could derail what they believe to be a “righteous crusade”.

If the vaccines work then the unvaccinated pose no threat whatsoever to the vaccinated. If they don’t work, then why are they trying to mandate them in the first place?

Furthermore, the media absolutely refuses to openly discuss the actual death rate of the covid virus. The median Infection Fatality Rate of covid is a mere 0.27% according to the medical establishment and numerous peer reviewed studies. Who are the unvaxxed a threat to? 0.2% of the population? Why don’t those people take the vax and leave the rest of us alone? Does the science not matter anymore?

There is no evidence that shows that the unvaccinated pose a threat to anyone. None. Zero. Yet, covid cultists are calling for the unvaxxed to suffer joblessness, poverty and possibly criminal prosecution for refusing to comply. This is madness, and when you allow insane people to take control of your society, collapse is sure to follow.

I suspect that the media will attempt to bury this presentation by Sheriff Villanueva because it destroys the narrative that an overwhelming majority of law enforcement and other government employees are on board with the vax mandates. It also runs contrary to a number of lies surrounding the justifications for the experimental vaccines in general. Finally, the media reaction is so ridiculous and unhinged that one immediately sees the difference between the covid cult and a normal rational person like the Sheriff. They come off as zealots while he presents as wise.

I applaud his reserve and calm demeanor in the face of such rabid stupidity, and I applaud his bravery in standing for truth in an era when truth is vilified.