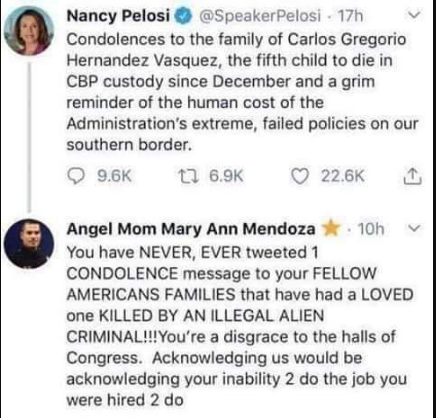 AND NANCY PELOSI IS DRUNKER THAN A BOTTLE OF GREY GOOSE:  Pelosi Letter: Trump Is Worse Than Nixon.

“After returning from New York City, Sunday, on the South Lawn of the White House, President Donald Trump said he believed House Speaker Nancy Pelosi (D-CA) had “lost her mind.”

Trump said, “I think Nancy Pelosi has lost her mind.”

He continued, “I think, frankly, that she should go home to San Francisco. If you look at what is happening to her district, her district is going to hell. With homeless that they’re not taking care of, with needles all over the streets, with tents, with people, with sanitation, with horrible things being washed into the ocean, into the Pacific Ocean.””