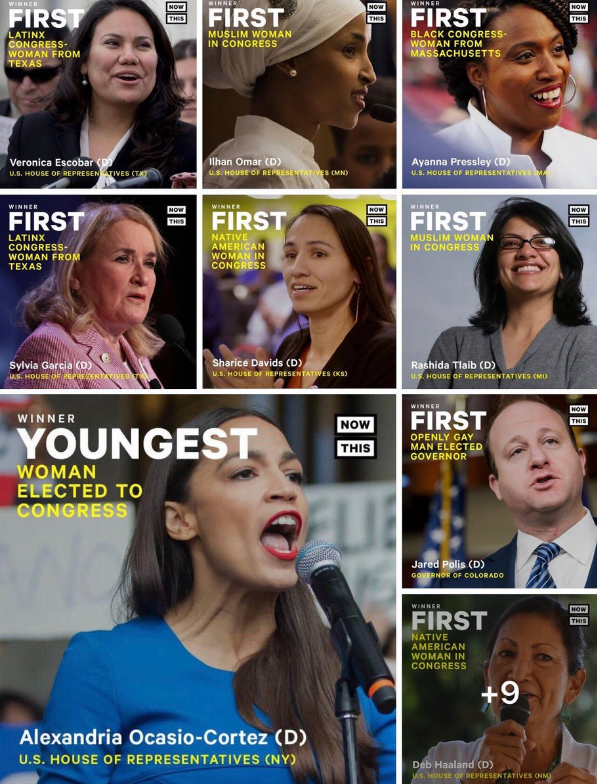 The next two years will be awesome in terms of circus and idiocracy. Just think about the new face of the Democratic party: Speaker Nancy Pelosi, or that loving and articulate Auntie Maxine, not to mention Schiff and his ilk. This will be a show to remember…

Now, to begin with, I must say that I was wrong in my Friday article. Stain on me. Even if there’s no blue-wave to talk about, as even CNN and MSNBC pundits publicly admitted with a tear in their eyes, the House was lost, yet the REP power in the Senate was consolidated, so we have a “split decision” so to speak. In terms of Trump-agenda, retaining and even gaining a few seats in the Senate is a good thing. That means Trump can appoint judges, SCOTUS members and so on and so forth without fear of getting obstructed by the crazies. In many ways, the Senate is more important than the House by design.

Also, if the DEMs are delusional enough to try and impeach Trump for whatever reason, the buck stops in the Senate. So, yeah, it’s not the end of the world. Yet, it could have been better.

Moving along with the story, I must admit that I was naive enough to believe that blacks and Hispanics were with Trump this round due to the economy doing better for the last couple of years. You know, black and Hispanic unemployment at historic lows and all that. Here’s where I was wrong: despite Trump’s MAGA agenda, which is color-blind, the blacks and Hispanics, the so-called minorities (not for long) voted as they usually vote: with the Left. As in, they refused to get out of the Democratic plantation.

Historically speaking, in America minorities vote with the left every single time. And that’s why demographics is destiny. Let me elaborate on that by showing you a tweet from a well-known neo-con, a hard-core pusher of open-borders and immigration from shithole countries. Here’s what Bill Kristol tweeted last night:

I’ve always disliked the phrase “demography is destiny,” as it seems to minimize the capacity for deliberation and self-government, for reflection and choice. But looking at tonight’s results in detail, one has to say that today, in America, demography sure seems to be destiny.

So, this guy is basically acknowledging this is a demographic race, which means the Democratic party is the party of minorities. Keep in mind that Bill Kristol and his ilk, including people like the Bushes, Paul Ryan and John McCain lied to the American public for years, saying that it’s all about “values” and similar crap. To give you a hint, this was the top trending search on Google yesterday: 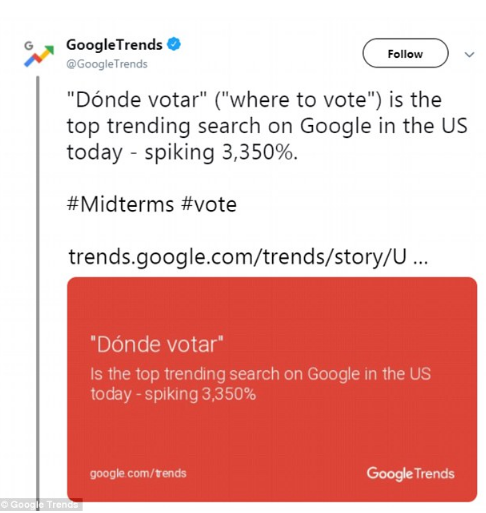 This election cycle, black voted 90% for Democrats, and Hispanics voted 70% for Democrats. As they always do. Meanwhile, Florida is now legalizing felons voting.

Do you know what that means? Florida is gone, baby, gone. I really doubt that felons are going to vote Republican. And to get back to my premise: 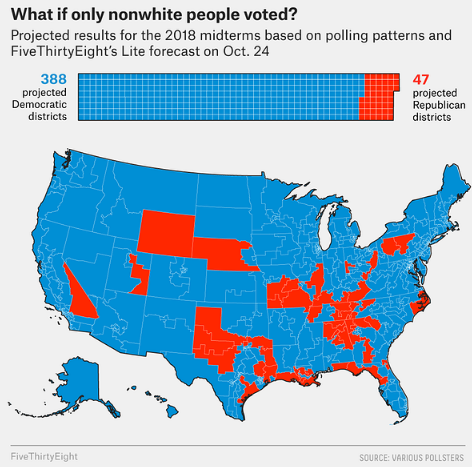 That’s why the Democrats are pushing for open borders and mass immigration from the third world since 1965, when they changed the immigration act, why lying us that America will not change a bit. As even Kristol admits it, this election cycle ran on demographic lines. And that’s the reason why Republicans lost: ethnic demographics. Since 1965, America’s demographics changed overwhelmingly. Read “The Death of the West” by Patrick Buchanan if you’re a conservative. The data is all there. The left understands demographics, that’s why they wanted to get the enthusiasm up for Latinos this year, and that’s why John Scarborough was saying in 2016 that there are not enough white men to get Donald Trump elected, and that demographics is destiny.

See also  THIS Company is Buying Your Entire Neighborhood and Renting the House Back To You!

Conservatives must also understand this concept. This is not a culture war, but a war for demographics. Thing along the lines of Brazil or Mexico. Blacks and Hispanics voted this year just as they always do, despite the lies pedaled by people like Kanye West or Candace Owens.  Whites vote 68 percent Republican by the way. Again, that’s why the dimms want non-stop immigration. The name of the game is power by any means necessary.

Texas will be going blue in 2028, and it will stay blue for ever, just like California stayed blue since Reagan gave amnesty to 3 million illegal aliens.

The sad truth is that for the past two years, the GOPcontrolled both the House and the Senate.  And they still didn’t get anything done. With the House gone, nothing will move forward, legislation-wise. Trump will sign a few exec. orders and that’s it. I don’t think he’ll do what Obama did for 6 years, i.e. pushing his political agenda via executive orders.

On the “bright side” of the news (read Brandon Smith’s article, it’s spot-on),  when the economy collapses, Trump has both the Federal Reserve and the Democrat party to blame. Also, most RINOs were purged from the Republican party this election cycle. Jeff Sessions is out, and I believe there’s going to be a massive clean-up in the administration. Cabinet members are confirmed by the Senate, hence this will go on like clockwork. 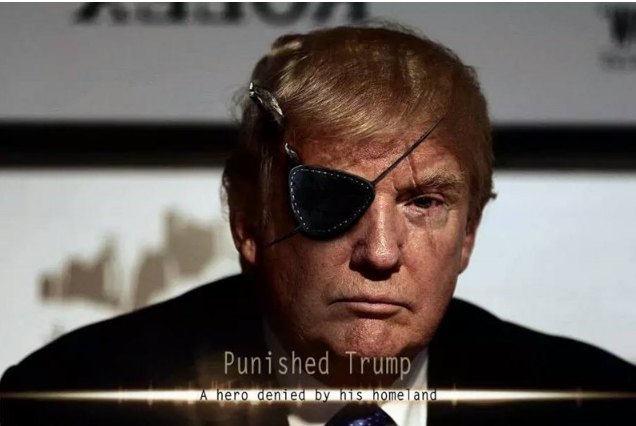