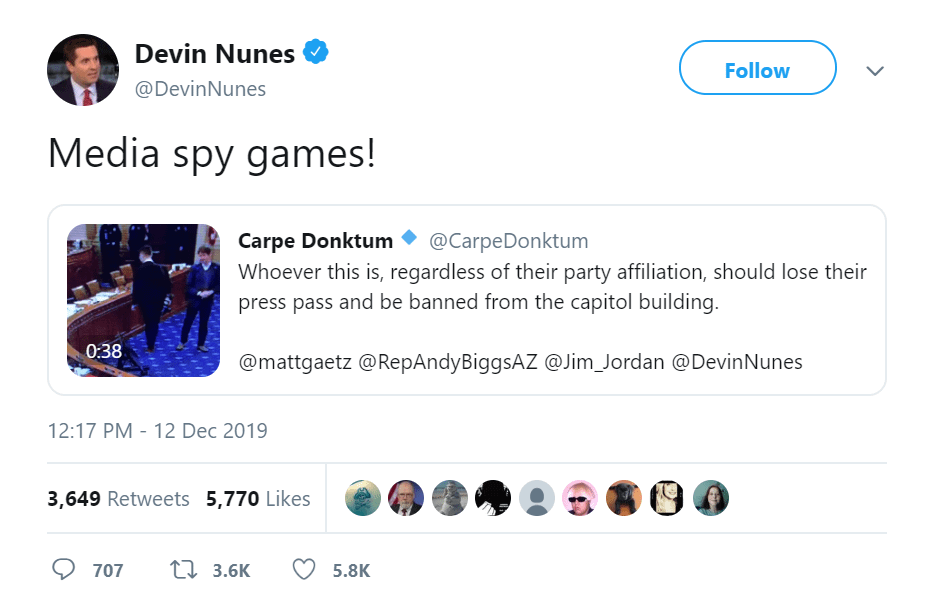 Update: Photographer has been identified and removed.

.@RepMattGaetz just announced this photographer has been removed from the #ImpeachmentHearing t.co/Na8ipK68vp

If it’s who they are reporting, he is a freelance photojournalist in DC whose photos have been featured in Reuters, The Atlantic, ABC and others. It appears he was also taking photos of the Democrats notes-docs during recess. Two of his intrusive but ‘favorable’ photos of Dems were published by Reuters. HERE

I don’t see any sinister motives here but agree they were right to remove him.