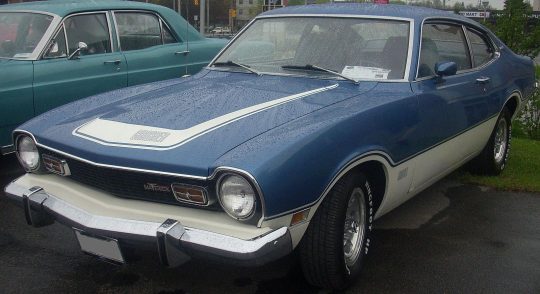 The price of gasoline is rapidly rising, economic activity is slowing down, the Middle East appears to be on the brink of war, and Democrats are trying to find a way to remove a Republican president from office.  In many ways, 2019 is starting to look a lot like 1973.  For many Americans, the 1970s represent a rather depressing chapter in U.S. history that they would just like to forget, but the truth is that if we do not learn from history it is much more likely that we will repeat our mistakes.  And without a doubt, right now a lot of things are starting to move in a very ominous direction.

“Stagflation” was a term that was made popular in the 1970s, and it occurs when there is a high rate of inflation but economic growth is declining or stagnant.

The U.S. hasn’t had a serious bout with stagflation in quite a while, but it appears that we may be moving in that direction.

Let’s talk about the slowdown in the economy first.  On Monday, we learned that sales of existing homes in the U.S. were way down in March…

Home sales are struggling to rebound after slumping in the second half of last year, when a jump in mortgage rates to nearly 5% discouraged many would-be buyers. Spring buying is so far running behind last year’s healthy gains: Sales were 5.4% below where they were a year earlier.

On a year over year basis, existing home sales have now fallen for 13 months in a row.

That is terrible, and there is no way to “spin” that fact to make it look good.

We also learned on Monday that Office Depot is closing 50 stores.  Of course this is just the continuation of a trend that The Economic Collapse Blog has been tracking for quite some time.

I could go on and on listing more numbers that indicate that the U.S. economy has been slowing down, but I don’t want to repeat much of what I have already shared over the past several weeks.

READ  Krystal Ball: The Next Housing CRISIS Is Here And The Villains Are Exactly Who You'd Expect

Meanwhile, inflation is starting to rise significantly in some pretty key areas.  Previously I have explained why food prices are beginning to move up aggressively, and now gas prices are starting to make national headlines once again.

For example, the price of gas in the state of California just hit the highest level in nearly five years…

Motorists throughout the Golden State are paying an average of $4.01 for a gallon of regular gasoline, by far the highest in the country and well above the national average of $2.83, according to a news release from AAA.

The primary factor driving up the price of oil is geopolitical wrangling in the Middle East.  According to CNBC, President Trump intends to stop Iran from exporting any oil at all…

Oil prices surged about 3% at midday on Monday, hitting fresh 2019 highs, after the Trump administration announced that all oil buyers will have to end imports from Iran in just over a week or be subject to U.S. sanctions.

The administration said the State Department will cease granting sanctions waivers to any country still importing Iranian crude or condensate, an ultra-light form of crude oil, after May 2.

If President Trump is successful, it will eliminate approximately a million barrels of oil per day from the global marketplace.

That is a big deal.

And this comes at a time when oil prices have already been steadily rising.

Unfortunately, Iran doesn’t plan to take this move lying down, and their response could potentially spark a full-blown oil crisis.

According to Bloomberg, Iran is actually threatening to close the Strait of Hormuz for all commerce…

Iran will close the Strait of Hormuz, a waterway vital for global oil shipments, if the country is prevented from using it, a senior military official said on Monday in what appears to be a response to the U.S. plan to end waivers on Iranian oil exports.

“If we are prevented from using it, we will close it,” the state-run Fars news agency reported, citing Alireza Tangsiri, head of the Revolutionary Guard Corps navy force. “In the event of any threats, we will not have the slightest hesitation to protect and defend Iran’s waterway.”

If Iran did such a thing, it would throw global oil markets into a state of tremendous turmoil, and it would bring us much, much closer to war with Iran.

In recent days the Iranians and the Trump administration have been trading very angry words, and it certainly doesn’t help that the Iranians just appointed a certified hothead as the leader of the Republican Guards…

Salami has frequently vowed to destroy Israel and “break America.” Iran was “planning to break America, Israel, and their partners and allies. Our ground forces should cleanse the planet from the filth of their existence,” Salami said in February. The previous month, he vowed to wipe Israel off the “global political map,” and to unleash an “inferno” on the Jewish state.

He also said “Iran has warned the Zionist regime not to play with fire, because they will be destroyed before the US helps them.” Any new war, he said, “will result in Israel’s defeat within three days, in a way that they will not find enough graves to bury their dead.”

Hossein Salami is a complete and total nutjob, and I am entirely convinced that he actually wants a war with the United States and Israel.

For a long time I have been warning that we need to watch the Middle East, and a major regional war could potentially erupt at any time.

Let us hope that cooler heads prevail, because a full-blown war involving Iran, Israel and the United States would mean an immense amount of death and destruction.

For the moment, things are relatively calm in the United States, but most Americans don’t realize that we are actually in a very precarious position.

It isn’t going to take much for global events to reach a tipping point, and once they do there will be no going back.