The Neocons with their divided loyalty have never regarded US interests as being of much value to them. In a 1996 position paper written for the then Prime Minister of Israel, Benjamin Netanyahu titled “A Clean Break. . .” the group of Jewish Neocons advocated this

Of course the third new policy went by the wayside as Israel found it much more effective to let the Americans do their fighting for them and for the US taxpayers to finance all the wars against Israel’s perceived enemies.

Netanyahu rejected the suggestions in the position paper presented to him in 1996 as being too outlandish. So the same group of dual national Jewish and American citizens took their circus to Washington where they were welcomed with open arms by the leaderless Bush administration. The same neocons behind the Netanyahu position paper came up with a new document misnamed The Project for a New Israeli Century.

Being firmly entrenched in the Bush administration when 911 took place they were able to start a series of wars paid for and fought by the United States but all designed to advance the interests of Israel. Indeed, after the attacks, General Wesley Clark went to the Pentagon only ten days past 911 where he was told of the US intention of attacking seven countries after the invasion and attack on Afghanistan.

None of the countries were actually enemies of the US. They only were perceived enemies of Israel’s determination to dominate the Middle East. Saudi Arabia had far more to do with the hijackers on 911 supplying fifteen of the nineteen attackers but was never a target of the US.

By now most Americans have forgotten or never realized that the only people celebrating the events of 911 and arrested that day were Mossad agents caught cheering and filming as the attack unfolded. The agents worked for Urban Moving Systems. They would later admit on Israeli television that they were sent to record the events. Pictures taken by them on 9/10 from exactly the same location prove that they knew what was going to happen the next day. In an example of remarkable gall, the Mossad agents even drove moving trucks with a picture of an aircraft about to fly into the twin towers. 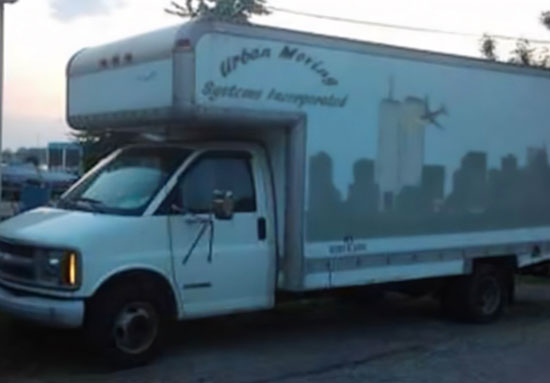 Taken from the Dancing Israelis Police and FBI Reports:

A former Urban Moving Systems employee later contacted the Newark Division with information indicating that he had quit his employment with Urban Moving Systems due to high amount of anti-American sentiment present among Urban’s employees. The former employee stated that an Israeli employee of Urban had even once remarked, “Give us twenty (20) years and we’ll take over your media and destroy your country.”

It’s been twenty years now. Readers can determine for themselves just who controls the media in the United States, they don’t need me for that.

Russia is demanding legal binding agreements with the US and their European puppets running Nato that missiles will not be installed in Ukraine. That’s exactly the same position that JFK took during the Cuban Missile Crisis in 1962. That seems perfectly reasonable to me.

But the neocons want war with Russia and China and are almost certainly about to get it. The US through Victoria Nuland, wife of Robert Kagan of PNAC fame, Under Secretary of State for Political Affairs, is funding the Ukraine military with offensive weapons. She was caught on tape saying, “Fuck the EU” during the coup d’état run by the US to overthrow the legally elected government of Ukraine in 2014. She also made no bones about the venture having cost American taxpayers a total of $5 billion and bragged about it in a YouTube video. She should have remembered that coups are a lot cheaper and less deadly than wars. Wars are easy to start and hard to end.

The US and their sock puppets within NATO are deliberately pushing Ukraine to attack Donbas. There are American aircraft in Ukraine, American soldiers and the US is financing the push. While the MSM in the West is pretending Putin and Russia are the bad guys, actually the US and Nato have always been the culprits behind the broken treaties and promises to the USSR that Nato would not move one inch closer to Russia.

If China or Russia installed missile bases in Cuba or Mexico there would be an immediate outcry in the US and a demand that those weapons be removed. Putin and Russia are demanding, not asking, not hoping, they are demanding a legal and enforceable agreement that Nato not expand.

Listening to the idiots from Nato and State Department mouthpieces and those representing the interests of the US, it is clear that the Russian demands are written in rock. They want no more lies from the west. On the side of Nato it is clear that those speaking for the US are utterly tone deaf. It is as if the Russians are transmitting on one frequency and the US/Nato listening to hip hop music on another frequency.

See also  Did the American Rescue Plan Cause Inflation?

Russia is prepared for war. The US and Europe are not. Russia will attack suddenly and totally. The US and Europe will lose. The world is going to change in a day. It may go nuclear and could end the reign of mankind over the Earth.

The US is run by an administration where to be appointed to high office you have to be queer or transgender or black or a woman or obese but most of all brain dead. The president of the US is senile, the VP of the US giggles at every opportunity. When Biden announces that he fully supports “Let’s go Brandon” you have a real problem. If he isn’t wearing diapers now, he should be. These are not the people who you want to lead you into a war with anything bigger than a hamster.

Americans have fought a number of wars on behalf of Israel over the past twenty years and lost every fight. When you take on a mob of goat herders for two decades, spend $2.3 trillion in the effort and they kick your ass, it would be insane to provoke another war against anyone.

So the question is not if the American Empire is on the verge of disappearing, it is only a question of does it go with a bang or a whimper?

And do not think for even one minute that Russia and Putin do not fully understand who is the puppet master behind the whole scheme. There will be blood.