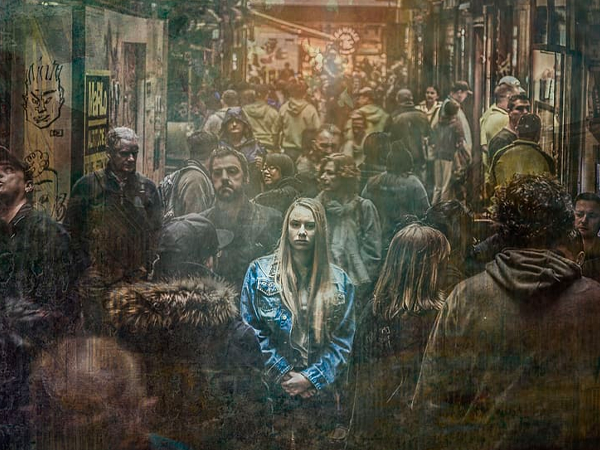 According to a study by the Consumer Finance Protection Bureau (CFPB), of those folks who retired between 1992 and 2014…

This means that, according to the study, almost half of Americans do not have enough savings to maintain original spending levels past the first five years of their retirement.

Here’s an interesting breakdown of responses from the study:

You can see a clear advantage for home owners, later age of Social Security claimants, and those who have pension income.

While there are many differences between retirement savers, according to an article on MarketWatch, they all have one thing in common:

They usually spend more in their first five years of retirement than at other times, and then it begins to decline. For example, if you’ve dreamed of traveling the world, checking things off from your bucket list and so forth, you’re more likely to do so in the early stages of your golden years than the latter ones, when you may be slowing down.

The cliché that seems to be at work here is, “Life is short;” new retirees don’t waste any time to get a jump on post-work life. But that may not be a solid plan for all retirement savers, and here’s why…

Life expectancy is increasing in most of the modern world, and in the U.S., the national average is nearly 79 years old.

According to the Employee Benefit Research Institute (EBRI), median household income levels off or declines around 75 years old:

Median non-housing wealth increased with age but leveled off and even declined as households reached ages 75 or older. In addition, it was much lower for households with deficits — those who have spent more than their income — than for households without deficits.

Clearly, if a retirement saver “spends more” in their first five years of retirement and their income declines around 75 years old, the picture won’t be too pretty later in retirement.

That also means that, for most retirement savers, there is an important question to ponder…

Can the Average Retirement Last Longer than a Few Years?

The good news, as the CFPB study alluded to, is that 51% of the respondents could maintain the same level of spending at the five-year mark.

But for the other 49%, the picture looks bleak, especially if you consider how the piece at MarketWatch concluded:

Many people, forced into a corner financially, have no other choice. The CFPB found that retirees who couldn’t maintain their standard of living wound up slashing spending by 28% over their first five years in retirement. Of that number, 17% cut spending by more than half.

In another survey, only 26% of Americans stated that retirement was their top savings goal. For those over 55 years old, that number swelled to 74%.

But if most Americans wait until they are near retirement age to start saving, then maintaining any level of spending after the first five years in retirement will be a challenge.

The Best Thing You Can Do is “Start Now”

As sobering as it may be, it’s critical to start saving for retirement now, no matter how old you are. And it’s crucial that you put together a realistic retirement plan around those savings, so you have the best chance to make it last longer than the first five years.

Diversifying your assets is a strategic retirement plan, and you should consider diversification into different asset classes and risk levels, including physical gold and silver.