When a house burns down, it affects more than just the owner, occupants, and even the neighbors.

Quick, efficient firefighting is a public good. Stopping contagious diseases is another public good. The public interest demands all fires—in all forms—be extinguished before they spread.

Now we have COVID-19 vaccines that, while imperfect, are generally safe and effective. We should deliver them with the same urgency with which we send fire trucks to every blaze.

Economics explains why we aren’t… and it’s not just the cost. 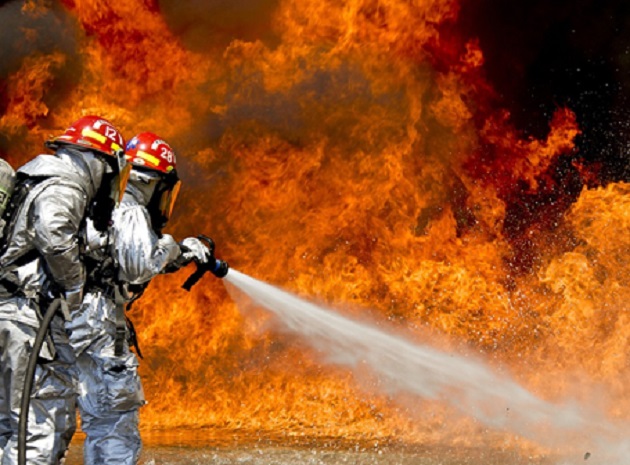 Last month, I explained why the vaccination progress map would determine economic progress. At that point, it wasn’t looking good. The pace has since improved a bit.

Nationally, as of Feb. 7, some 9.1 million people had received both of the two necessary doses. Another 22.4 million had received the first dose. That’s great. But “herd immunity” requires vaccinating at least 70% of 330 million Americans. We have a long way to go.

If you or a family member received the vaccine, you know it wasn’t easy. Some states are doing better than others, but horror stories abound.

My friend David Brockman described the experience of helping his elderly parents. The first hurdle is simply knowing where to go. Then there’s the problem of more demand than supply. And then there’s the waiting for what is available… and all the challenges that can bring.

“When my parents, Joe and Zelma Brockman, arrived at a Grand Prairie clinic for their first dose of the COVID-19 vaccine, they were expecting a wait. They’d driven by a couple days earlier and seen a long line out front. So on January 4, they went to Purple Hearts Primary Care Services first thing in the morning, trying to beat the rush. But when they arrived just after it opened at 9 a.m., a line already stretched from the entrance, past neighboring businesses in the strip shopping center, and around to the back of the building. Some people had been there since 6:30 a.m.

“The wait dragged on for two hours, then three. It was a chilly morning, and my folks were bundled in coats and gloves as they stood in the building’s shadow. Around noon, standing in the direct sun, they had to shed their coats. They hadn’t brought anything to drink or snack on. There were no available restrooms. At one point, a nurse told people to stop using those in neighboring businesses, as the owners had complained to the shopping center landlord.

“Eventually, the heat and all that standing got to my mom, who is 86. She passed out.

“Dad, 93, managed to break her fall as she crumpled. The nurse rushed over. Fortunately, Mom came away with only a bruise. When she was able to stand again, the nurse had my parents wait in their car with the air conditioning on; she would get them when it was their turn. Finally, around 3 p.m., they were admitted inside. Six hours after they arrived, my parents received their first dose of the Moderna vaccine and a card telling them to return to do this all again for the second dose in early February. Purple Hearts couldn’t be reached for comment. Mom, though rattled by the experience, says she doesn’t blame the clinic: ‘We just weren’t prepared.'”

You would be rightly upset if your house were burning and the fire department ran that way. COVID-19 is way more common than house fires. So why is this happening?

The reasons vary. In Texas, the state decided to decentralize vaccine delivery to a patchwork of local providers, letting eligible people choose where to go.

The problem with that: More choice isn’t always good. It’s particularly bad in a time-sensitive emergency.

You don’t ask your neighbors which fire department to call. You already know.

I think Texas officials did this because they misunderstand economics.

They think of the public as consumers and vaccines as consumer goods. That’s true, in a sense. But in this situation, normal market processes don’t apply.

This is neither a free market nor central planning. It’s the worst of both. The resulting mess was entirely predictable.

To be clear, many dedicated professionals are making heroic efforts to vaccinate people, doing all they can with what they have. They aren’t the problem.

This is systemic. It’s not a small problem, either.

While COVID-19 cases are slowing, the CDC reports that the “B117” variant is spreading rapidly in the US. It is more contagious and possibly deadlier. It will become predominant here within a few weeks.

Right now, some people worry pandemic relief spending will spark inflation. That will happen only if the economy grows faster because we stopped the virus.

And that will happen only if vaccination progress accelerates even more, and everyone continues all the other precautions.

Getting a shot wouldn’t be so hard if state officials understood we don’t have time to let the market work.