As global fiat flareups continue to intensify, worries are growing that we’re about to hear a ‘whoosh’ of capital fleeing emerging markets.

If these riskiest outposts of yield-chasing fall prey to a mass exodus of capital back to US markets in search of a safer investment haven, the fallout will be severe. And Fed Chair Powell has already made it clear that when push comes to shove, the US will not be there to help.

The recent collapse of the Argentine Peso and other emerging currencies is more than a warning sign.

The Sudden Stop. When most of the emerging economies entered into twin deficits -trade and fiscal deficits- and consensus praised “synchronized growth”, they were sealing their destiny: When the US dollar regains some strength, US rates rise due to an increase in inflation, the flow of cheap money to emerging markets is reversed. Synchronized indebted growth created the risk of synchronized collapse.

READ  Has The Great Shaking Of The Financial Markets Finally Begun? 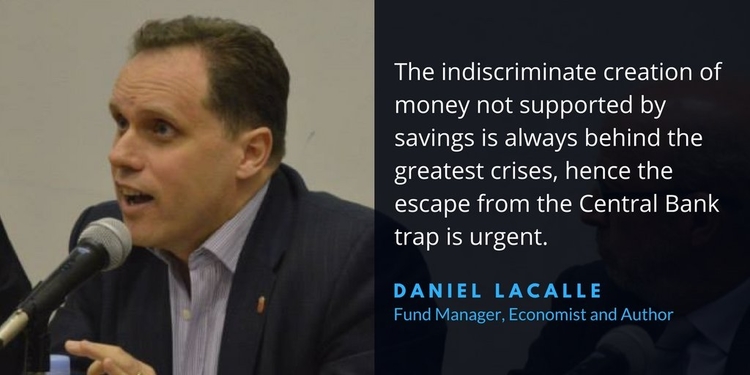 The worrying thing about Argentina and many other economies is that they should have learned from this after decades of similar episodes. But investment bankers and policymakers always say “this time is different”. It was not.

Now Argentina has pushed interest rates to 40% to stop the bleeding. With rampant inflation and economic growth concerns, the Peso bounce is likely to be short-lived.

Massive money supply growth does not buy time or disguise structural problems. It simply destroys the purchasing power of the currency and reduces the country’s ability to attract investment and grow.

This is a warning, and administrations should take this episode as a serious signal before the scare turns into a widespread emerging market crisis.

READ  The coming economic collapse and the new Monetary system!

Structural imbalances are not mitigated by carrying out the same monetary policies that led countries to crisis and discredit.

Over the next three years, the International Monetary Fund estimates that flows to emerging economies will fall by up to $60 billion per annum, equivalent to 25% of the flows received between 2010 and 2017.

This warning has started with the weakest currencies, those were monetary imbalances were largest. But others should not feel relieved. This warning should not be used to delay the inevitable reforms, but to accelerate them. Unfortunately, it looks like policymakers will prefer to blame any external factor except their disastrous monetary and fiscal policies.