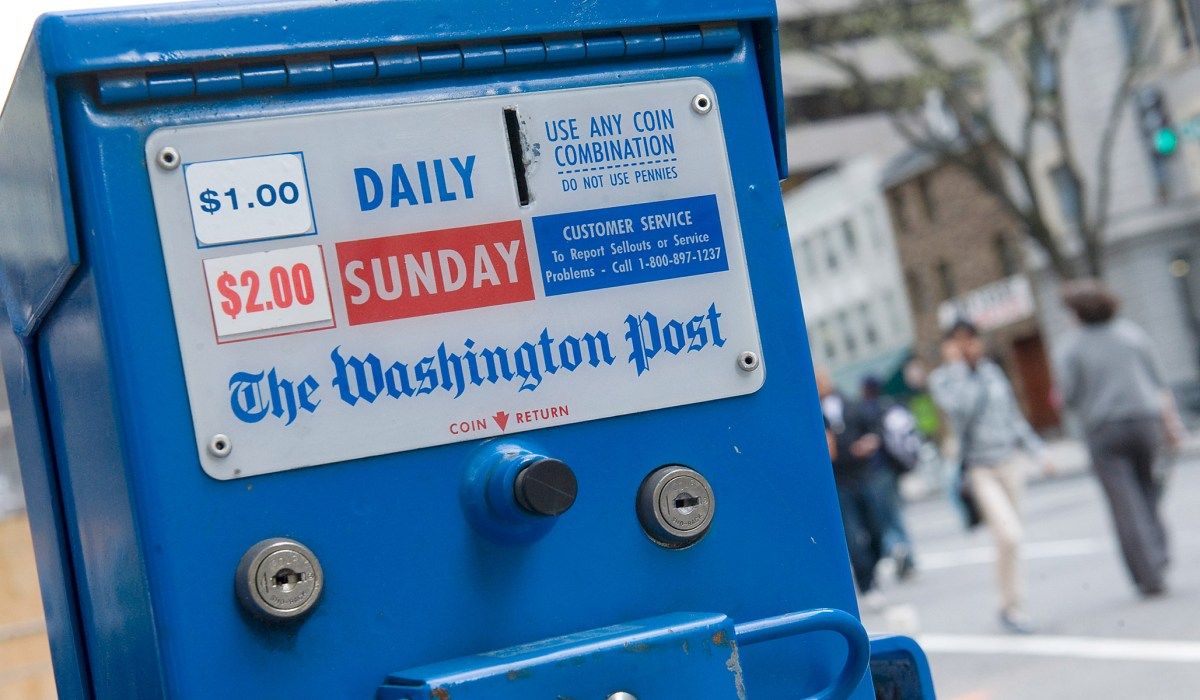 The Washington Post, to its credit, established social media guidelines as long ago as 2011. (The New York Times only followed suit last year). Those guidelines seem to be founded on a self-image of honest and brave truth-seeking reporters able to separate their own biases from what they tweet, lest the sterling reputation of The Washington Post be sullied:

Social-media accounts maintained by Washington Post journalists — whether on Facebook, Twitter, LinkedIn or elsewhere — reflect upon the reputation and credibility of The Washington Post’s newsroom…we must be ever mindful of preserving the reputation of The Washington Post for journalistic excellence, fairness and independence. Post journalists must refrain from writing, tweeting or posting anything — including photographs or video — that could be perceived as reflecting political, racial, sexist, religious or other bias or favoritism.

This morning Twitchy reports that Washington Post “congressional reporter” Erica Werner certainly has some strong feelings on Mike “Benghazi bomb-thrower” Pompeo as Secretary of State and Gina “torture overseer” Haspel as CIA director, and tweeted out the following:

Now, if she were a columnist, I’d have no beef with this, after all, opinions are what they are paid to write. But when a “congressional reporter” resorts to this kind of slimery, well, she just gives the public more reasons to distrust her reporting — and that of The Post in general.
It’s a good thing there’s an Ombudsman or Public Editor there to keep an eye on these things. Oh, wait…
**UPDATE: ORIGINAL TWEET FLUSHED DOWN MEMORY HOLE**
h/t CG

READ  Corporate Media: Enemy of the People
READ  The Fed Started The Fire: Buffet Indicator, Shiller CAPE At All-time Highs With Help A Little Help From The Federal Reserve
468 views