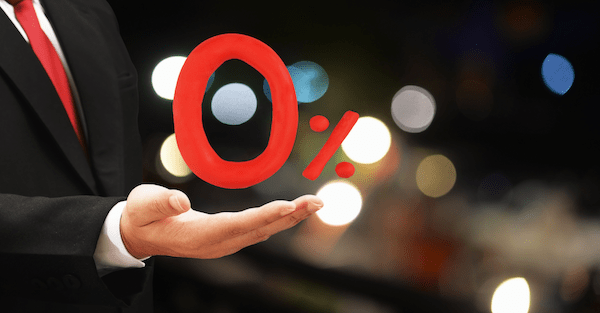 Last week, the European Central Bank admitted economic conditions are so dire that it already has to reverse its monetary policy.

I’ll get back to that in a minute…

Following the Great Financial Crisis in 2008, central banks printed trillions of dollars and pushed interest rates to their lowest levels in human history. Low interest rates (and lots of new money sloshing around the system) mean people should go out and buy things that would otherwise be out of reach… new houses, new cars, businesses, etc.

And, in theory, all of that activity creates jobs and helps the economy grow… in theory.

US Gross Domestic Product (GDP) was about $15 trillion in 2008. Current GDP is about $22 trillion. That’s $7 trillion of economic growth.

Impressive… until you figure the cost of that growth.

Over the same period, the US national debt increased from $10 trillion to $22 trillion.

The marginal utility of all of this new debt is decreasing (remember this point for later). And it’s the same story all over the world.

The US economy is so dependent on cheap money, it can’t even handle 2% interest rates (the Fed hiked rates from 2.25% to 2.5% last December and stocks fell 20%).

But Europe is even worse. Europe has negative interest rates. And the European economy is so weak (it grew 0.2% in Q4), it can’t even handle ZERO percent interest rates.

See also  Why Don't Billionaires Pay the Same High Tax Rates the Rest of Us Pay?

Last week the ECB announced it would keep interest rates negative. And it’s starting its third round of cheap loans to banks (who, in turn, are supposed to lend to businesses and households).

The euro zone is the third-largest economy in the world. And, ten years after the GFC, it can’t keep the machine running unless interest rates are negative and it continues to dole out cheap cash to banks. This is a pretty big deal. And it’s the clearest sign yet of what’s to come… there’s trouble ahead.

Remember, the marginal utility of the money being printed by central banks around the world is plummeting. Each dollar they print produces less and less economic activity.

The ECB is all in on negative interest rates and easing. Canada recently warned its economy was weaker than realized. The US halted its rate hikes and may reverse course. Interest rates are negative in Japan and standing pat.

When you’re in a world with trillions of dollars of negative-yielding debt, nothing really makes sense.

Interest rates are the price of money. And when that price is negative… what does that say about the world?

One of the best things to do in this economic environment is to own real assets, whether it’s shares of a thriving business, precious metals or other commodities.

See also  Gold Has not YET Responded to Negative Rates

For gold, you can buy either gold bullion or collectibles. And our friend, Van Simmons, says $20 gold pieces are one of the best deals in the market today. Collectible coins usually trade a big premium to the spot price of gold. But you can buy these coins for about the same price (even though the premium over spot has been as high as $1,700).

So you get exposure to gold and all of that potential upside. We wrote about it in Notes last year.

But exposure to other commodities, like copper, uranium, silver, etc. also makes sense.

I’m recording a podcast today with one of the best resource investors out there. I’ll send it out this week, but he’ll share some of his favorite ways to invest in the beaten-down resource market.

We’re about to see a world with a whole lot more negative-yielding debt. You should position yourself accordingly.