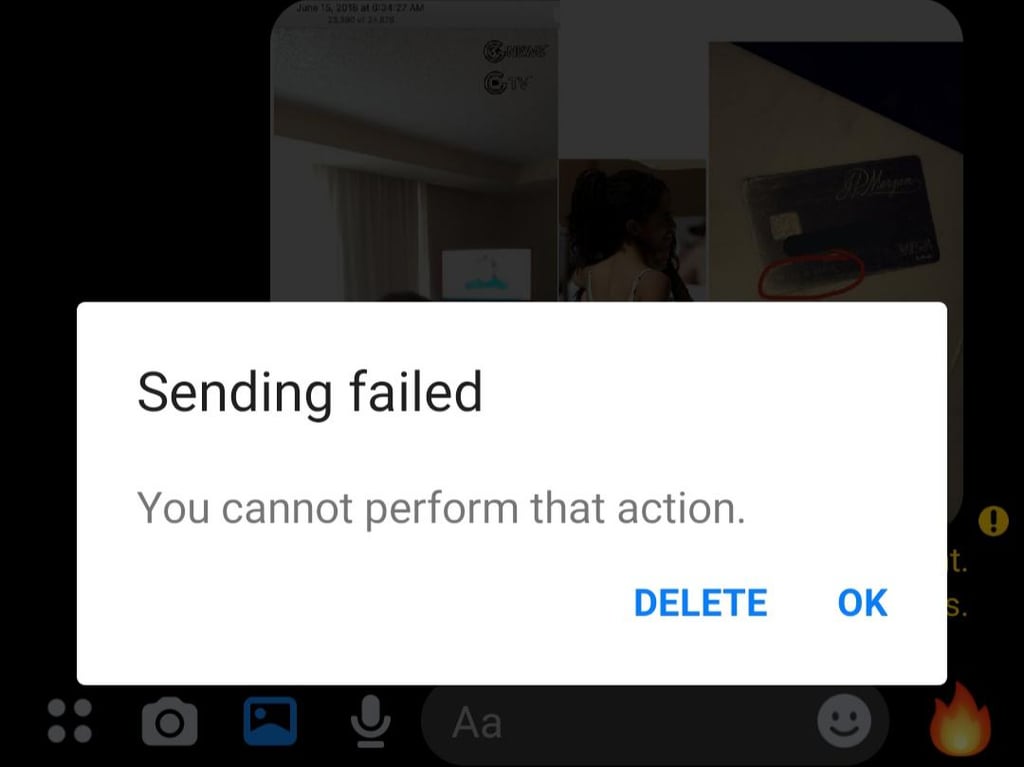 As the title says Naturally, when i saw the currently circulating image of hunter Biden, malia and the Visa card and racked line, I wanted to send it to some friends. I saved the image from Twitter, and sent it to the Facebook Messenger group chat of choice. Everything normal, until 5 minutes later, we noticed the image was removed entirely from the chat. (Not even a ‘message was removed’ or ‘message was unsent’ warning as you usually get when an image is removed, just gone) I resent it, then got the image above. Tried a few time, the message that popped up also changed to a couple of other things along these lines though. None of my friends could send that photo in the chat either. I even edited the image, writing ‘I’ve found a loop hole Mr FBI man’ over the photo. This time, it allowed me again to send it, and for about 10 minutes we thought we’d beat the system, before it too just disappeared from the chat.

Am I being stupid, or are they censoring our private messages on Facebook now?