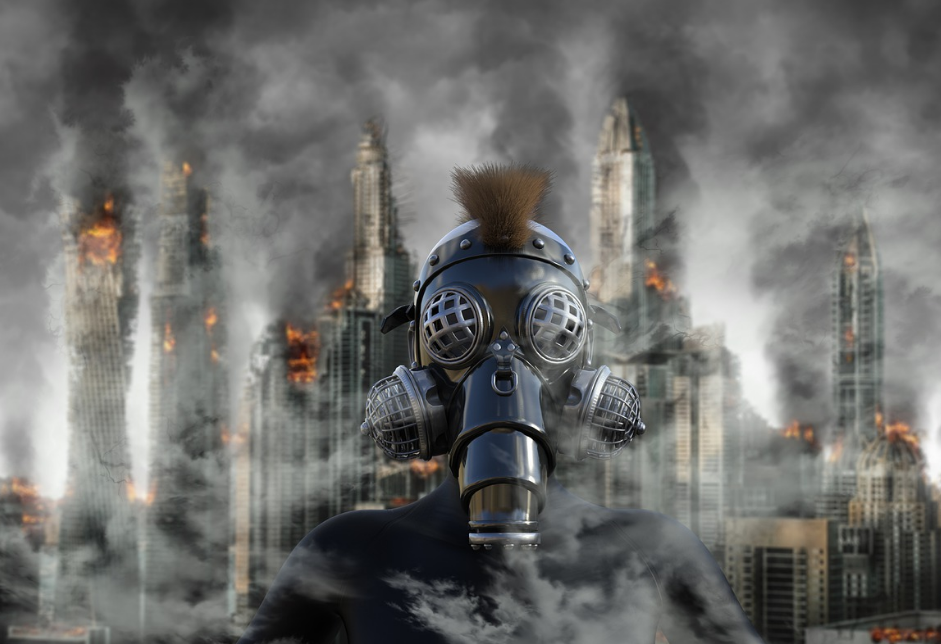 Has nuclear war been on your mind lately?  If so, you are definitely not alone.  According to Google, searches for “nuclear war” spiked to the highest level in the entire history of their search engine after the Russians invaded Ukraine.  Many believe that this invasion marked the beginning of World War 3, and I find it quite interesting that this came exactly two days after 2/22/22.  Until this happened, nuclear war wasn’t something that most people in the western world thought much about, but now everything has changed.  All of a sudden millions upon millions of people are deeply alarmed about the possibility of a nuclear conflict.  And the other day I was quite stunned to learn that one research company in Canada is actually projecting that there is a “10% chance of a civilization-ending global nuclear war over the next 12 months”…

If Vladimir Putin comes to the conclusion that he has no future he may well decide nobody else should have a future either, BCA Research says.

“Although there is a huge margin of error around any estimate, subjectively, we would assign an uncomfortably high 10% chance of a civilization-ending global nuclear war over the next 12 months,” the Montreal-based independent research provider wrote in a note.

Fear of a nuclear war has sparked a global run on iodine pills, it has resulted in an explosion of YouTube videos instructing people how to survive a nuclear blast, and it has caused a tenfold increase in traffic to a website called NUKEMAP.

On NUKEMAP, it will tell you if your home will be destroyed if a nuclear weapon is detonated at a specific location.

I was curious, and so I went to the site and had it simulate what would happen if the largest nuclear bomb ever created exploded in a large city a few hours from my home.

I hit the red “detonate” button, and I was glad to see that me and my family would be spared.

In this day and age, this is what we do.  When we are anxious about something, we turn to the Internet for answers…

Since Russian dictator Vladimir Putin launched a full-scale invasion of Ukraine last week and put his nuclear deterrent forces on “high alert”, the subreddit r/preppers has been inundated with “Questions from New Preppers.” On Facebook, people are reaching out to groups like “Prepping for Beginners” or “Doomsday Preppers Worldwide” with questions about what food to stock up on, how to make sure they have a supply of drinking water, and so on.

“New here. I’m wondering if anyone has ideas for covering basement windows to help with fallout radiation,” reads one comment on Doomsday Preppers Worldwide. “Our basement is going to be our safest place if anything were to happen, but the windows worry me.”

As I noted above, concern about nuclear fallout has caused a tremendous worldwide surge in demand for iodine pills.

See also  IT HAS BEGUN. THEY ARE HUNTING THE RICH. FOOD RIOTS ACROSS OUR WORLD HAVE STARTED

According to Fox News, this has particularly been true in Europe…

Consumers in Central Europe are clearing out pharmacies of iodine pills to protect against radiation after Russian President Vladimir Putin invaded Ukraine and made veiled nuclear threats.

In Bulgaria, pharmacies actually sold as much iodine in one week as they normally do in an entire year…

“In the past six days Bulgarian pharmacies have sold as much [iodine] as they sell for a year,” said Nikolay Kostov, chair of the Pharmacies Union. “Some pharmacies are already out of stock. We have ordered new quantities, but I am afraid they will not last very long.”

I can’t remember a time when we have ever seen anything quite like this.

In Belgium, one person reportedly couldn’t find any iodine pills even after visiting five different pharmacies…

Across the world—but especially in Europe–people are stocking up on iodine tablets, believed to protect from radiation poisoning. Finland has reported a strong increase in the sale of potassium iodine pills, and nearly 30,000 Belgians rushed to the pharmacy to get free tablets offered by the government. At the time of this writing on Amazon, if you type in “IO”, it will autofill to “iodine tablets for radiation.”

“I know this sounds like absolutely surreal, crazy stuff, but there is a real sense of fear and we need to prepare,” a Brussels woman who stocked up on the pills told the Globe and Mail. “My friend went to five pharmacies to find the pills, couldn’t, and went on a waiting list for them.”

I think that stocking up on iodine pills is great, but they aren’t going to do you much good if you live in a densely-populated area that has been directly targeted by Russian nuclear missiles.

In that case, what you will really need is a very high quality nuclear shelter.

The Russians have built shelters that can house tens of millions of their citizens.  In fact, they held very large drills back in 2016 that involved a whopping 40 million people…

Details for these bunkers are public knowledge, as there are documents describing the minimum specifications. All bunkers must be able to survive an airblast of up to one hundred kilopascal and have stores of food and water for two days. Air filtration systems also are standard. Power generation is also provided to run the air filtration and lighting systems.

After a period of stagnation, the government appears to be spending money on this aspect of the infrastructure again, with a program started in 2015 that builds or renovates old civil defense bunkers. Large-scale drills were undertaken in 2016, which involved over 40 million people.

Here in the United States, the government hasn’t built any shelters for us.

So if a nuclear war happens, you are on your own.

There are some private companies that do build “doomsday bunkers” for the wealthy, and needless to say their businesses are booming at this moment…

A COMPANY that sells custom-made doomsday bunkers to the rich and paranoid says business is booming amid Putin’s threats to start a nuclear war over the Russia-Ukraine conflict.

Gary Lynch, the general manager of Texas-based Rising S Company, told The Sun that demand for its survival shelters has soared more than “1000%” since Thursday – the day Russian troops entered Ukraine.

The bad news is that these bunkers are not really designed to protect against a direct nuclear blast.

But even though that is the case, Lynch is being absolutely swamped with orders right now…

“Typically, I’ll sell between two and six shelters a month – and usually winter is a quiet time for us.

“But I sold five units alone on Thursday, and I’ve sold two more already today – there’s no telling how many more [orders] we will get.

“The phone hasn’t stopped ringing and we’ve been sending out so many quotes,” added Lynch.

I still remember a time when “survivalists” and “preppers” were widely mocked throughout our society.

But things have changed dramatically over the past couple of years, and now the war in Ukraine has made fear of “the end of the world” trendy again.

No, the world is not about to end, but I have been warning for a long time that we are moving into the most chaotic time in all of human history.

World War 3 has now begun, and if leaders on both sides continue to escalate matters it is probably just a matter of time before someone uses nuclear weapons.

And once we cross that threshold, everything will change.

Do you have faith that Biden and Putin can work things out?

If not, you may want to start preparing for the worst.