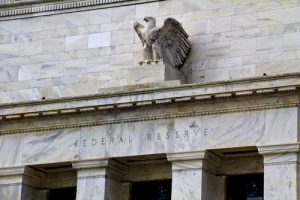 Federal Reserve Chairman Jerome Powell was caught in a lie that may cost him re-election in 2022. The Federal Reserve Chairman, the man with the most insight into future US market policy, sold between $1 million and $5 million from his personal account on October 1, 2020. Not so coincidentally, the Dow decreased by around 6% that month before rebounding, and Wall Street saw its worst month since March 2020. Then, in September 2021, Powell ordered an ethics committee to investigate potential insider trading among central bank members, which he deemed necessary “because the trust of the American people is essential for the Federal Reserve to effectively carry out our important mission.”

However, when we look at these transactions, they do not appear to be inside trading. Had Powell sold ahead of the COVID Crash Jan-Feb 2020, then there would be a question of inside trading, but then again nobody bothers to investigate Bill Gates for his sales ahead of the COVID Crash he was cheering so much. After reviewing the trades, I would not raise any concerns.  BTW, I was asked to review the Cattle trades of Hillary Clinton which were, in my opinion, a pay-off by putting the losses in one account at the REVCO and the wins into hers all when she was in a meeting and never traded futures before.

Boston Fed President Eric Rosengren had traded real estate investment trusts that owned the same mortgage-backed bonds that the central bank was purchasing. Dallas Fed President Robert Kaplan earned over $1 million last year trading individual, COVID-sensitive equities such as Amazon, Chevron, and Delta Air Lines. Both men abruptly stepped down from their positions shortly after the information came to light. They declared innocence, with Rosengren citing an early retirement due to health reasons and Kaplan seeking to avoid conflict. “The Federal Reserve is approaching a critical point in our economic recovery as it deliberates the future path of monetary policy. Unfortunately, the recent focus on my financial disclosure risks becoming a distraction to the Federal Reserve’s execution of that vital work,” Kaplan stated at the end of September 2021.

Powell claimed he had no personal knowledge of any insider trader and suggested a revision to the Reserve Bank Code of Conduct. Meanwhile, records show that Powell called Treasury Secretary Steven Mnuchin multiple times on the same day he sold off his equities. Former President Trump met with Mnuchin that day and later tweeted: “Immediately after I win, we will pass a major stimulus bill.” The Dow, which was up 200 points in late-day trading, suddenly dropped 376 points after the tweet was published. Five days later, Powell was urging for additional stimulus and warned of “tragic” consequences. “The expansion is still far from complete … Too little support would lead to a weak recovery, creating unnecessary hardship,” Powell stated. Did he know what was to come in the following weeks?

Fed officials are not permitted to purchase or sell securities during “blackout periods,” which begin the second Saturday of the month before a Federal Open Market Committee (FOMC) meeting and end the following Thursday. Although Powell did not trade during this blackout period, his October 1 sell-off occurred before the Fed’s minutes report was released. “The problem is that the rules and the practices and the disclosure needs to be improved and that’s what we’re working on,” Chairman Powell stated. Are the rules the real problem here? Powell is allegedly worth between $20 million and $55 million. He and other Fed members have every motive to use their inside knowledge for profit. The people in charge of creating future monetary guidelines could alter policies to fit their trading strategies and line their pockets. Most were confident that Biden would reappoint Powell next year, but that option is off the table if he loses the “trust of the American people.”