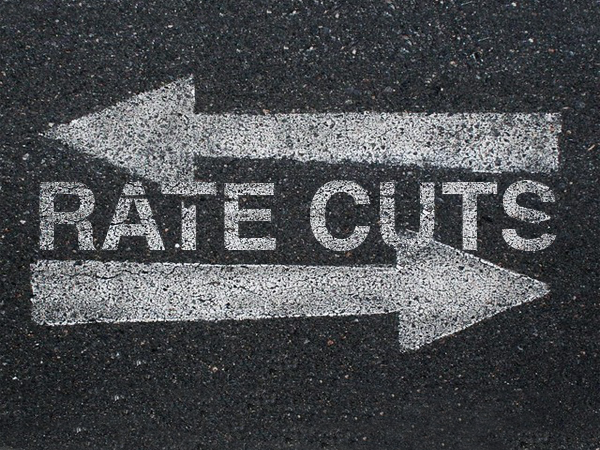 On Wednesday, the Federal Open Market Committee (FOMC) opted to cut rates by 0.25%. This is typically done to spur economic growth, which may have been necessary thanks to a disconcerting part of the Federal Reserve’s statement.

In their official statement, after conveying a good feeling about economic growth, inflation, and labor, the Fed stated that “uncertainties about this outlook remain.” Looks like there may be some confusion amongst them.

A recent CNBC piece shined a light on some of the confusion (emphasis ours):

Rarely has the Fed cut rates before the economy looked set to spiral downward, but Fed chair Jerome Powell has cited trade uncertainties and a slowing global economy as reasons to switch to accommodative policy, at a time when inflation is also low.

It appears that trade war tensions between China and the U.S. are weighing on Powell’s mind, despite FOMC claimsthat “the labor market remains strong and that economic activity has been rising at a moderate rate.”

Ethan Harris, head of global economic research at Bank of America Merrill Lynch, was quoted on CNBC saying this seemingly confused move by the Fed was “unprecedented” while growth was already happening:

Not to mention the Fed appears confused internally, as two members officially voted to maintain rates as they were.

This “confusion” had an impact on the market, as experts who reacted to the FOMC rate cut (including Chairman Powell) don’t appear to know what’s next.

Experts Throw Their Hands Up in the Air – Dow Reacts

Chairman Powell insists this rate cut isn’t like other times when the Fed decided to go on a lengthy “cutting spree” in response to economic trouble.

CNBC captured Powell’s remark on the Fed’s perspective for this apparent mid-cycle adjustment:

That refers back to other times when the FOMC has cut rates in the middle of a cycle and I’m contrasting it with the beginning of a lengthy cutting cycle… That is not what we’re seeing now, that’s not our perspective now.

Powell also claimed there was an “insurance aspect” to the rate cut, intending to ensure economic growth, but who knows if the Fed will need this “insurance” or not.

Perhaps more alarming are the experts who predicted the rate cut being confused about what may be next.

Predictions of experts at 12 major financial institutions like Citi, Bank of America, Barclays were reported on in another CNBC piece, and the results were divided.

Three think two more rate cuts will happen. Seven think only one more cut in September or October is likely. And two think this was the only rate cut that will happen this year.

Bernstein was one of the 12 institutions to offer comment. They issued a dire proclamation based on the Fed’s “lack of any new policy narrative.” Bernstein is now operating under the assumption that this is a “whimsy Fed.”

Overall, there appears to be a large amount of confusion amongst some of the world’s biggest economic players. Meanwhile, over at ZeroHedge, they think the Fed may be repeating last year’s “rate hike error”:

The Fed had many opportunities to reduce market expectations for an easing cycle, but did not take them. In so doing they have repeated the December 2018 hike error, wasting ammunition, and long term U.S. rates will rightly continue to fall from here.

So will it be no more cuts, multiple cuts, or will we see a “whimsy Fed”?

This confusion, along with the ongoing trade war, has already made an impact on markets. Oil prices droppedconsiderably and the Dow nosedived on Thursday, losing more than 500 points once POTUS announced additional tariffs of 10% on Chinese goods would be added in September.

We don’t know how the Fed’s rate cuts will play out, but we do know you don’t want to put the security of your retirement only in the hands of confused experts and uncertain Government agencies.

So take control of your retirement and add another layer of security to it. You can do this by diversifying your assets into different asset and risk classes such as physical precious metals.

Having assets such as precious metals in your portfolio can add much-needed security to your retirement plan and allow you take back control while experts try to clear up the confusion.