FedEx CEO Frederick Smith has challenged the publisher of
The New York Times as well as the paper’s business editor
to a public debate after the Times reported that the
company paid $0 in federal taxes in 2018.

The New York Times published a distorted and factually
incorrect story on the front page of the Sunday, November
17 edition concerning FedEx and our billions of dollars
of tax payments and billions of dollars of investments in
the U.S. economy. Pertinent to this outrageous
distortion of the truth is the fact that unlike FedEx,
the New York Times paid zero federal income tax in
2017 on earnings of $111 million, and only $30
million in 2018 — 18% of their pretax book income.

More at the link… 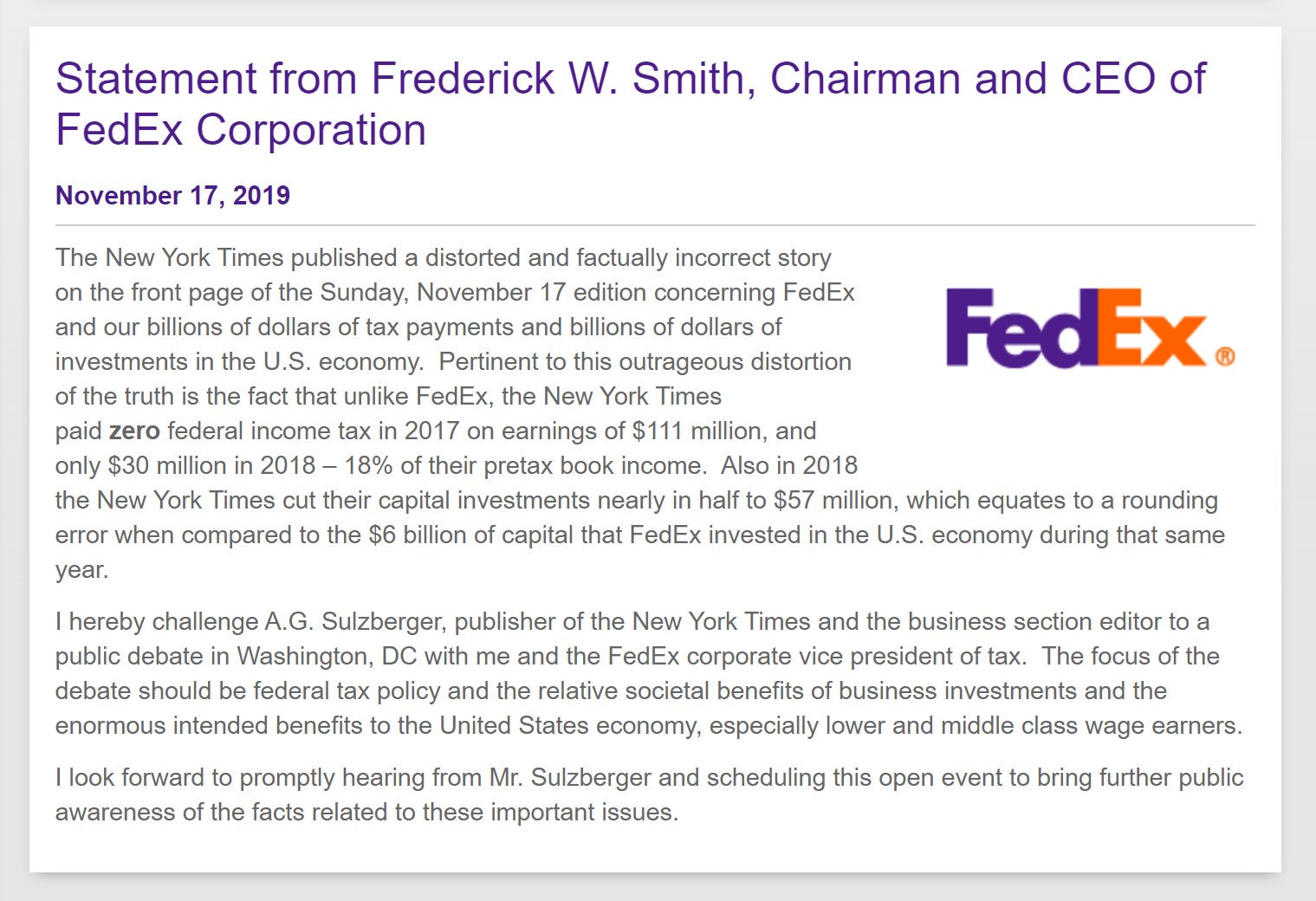 The article FedEx is Responding to:

How FedEx Cut Its Tax Bill to $0

The company, like much of corporate America, has not made
good on its promised investment surge from President
Trump’s 2017 tax cuts.