(CNSNews.com) – The federal government collected a record $2,121,987,000,000 in total taxes through the first six months of fiscal 2022 (October through March), according to the Monthly Treasury Statement.

This also marked the first time that federal tax collections have exceeded $2 trillion in the first half of a fiscal year.

Prior to this year, the most taxes the federal government ever collected in the first six months of a fiscal year was in fiscal 2021, when the Treasury collected $1,849,508,090,000 in taxes (in constant March 2022 dollars) in the October-through-March period. 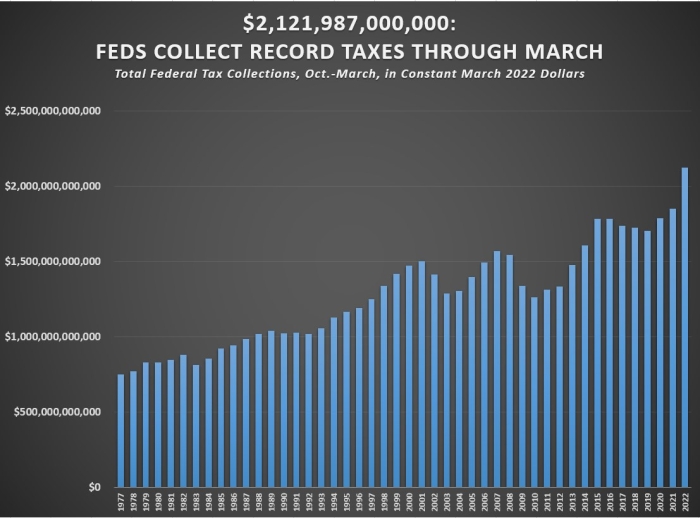 ProPublica is a nonprofit newsroom that investigates abuses of power. Sign up to receive our biggest stories as soon as they’re published.

Which people and professions rake in the most income year after year? Which are most adept at shielding that money from the taxman? And what does this tell you about America?

The top earners, of course, are often fodder for lists — but those are usually based on estimates or even speculation.

A trove of IRS data obtained by ProPublica has the definitive answers, revealing the incomes and tax rates of the 400 Americans with the highest incomes from 2013 to 2018. It took an average of $110 million per year in income to crack that list — with plenty of names you would expect and some that may surprise you.