The Foreign Intelligence Surveillance Court—which operates in near total secret—called a recent watchdog report “troubling” and described the behavior of the Federal Bureau of Investigation as “antithetical to the heightened duty of candor” owed to the court.

The court ordered the government to explain to the court by early next year what steps it was taking to prevent such lapses in the future. The court order comes after a critical watchdog report found serious lapses in the FBI’s handling of the warrant against Mr. Page. 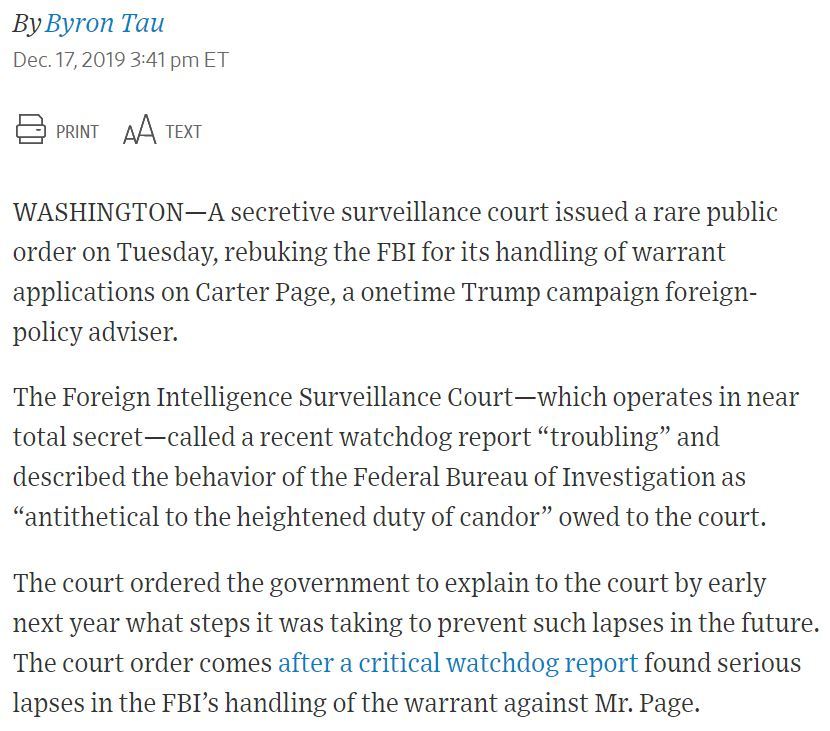