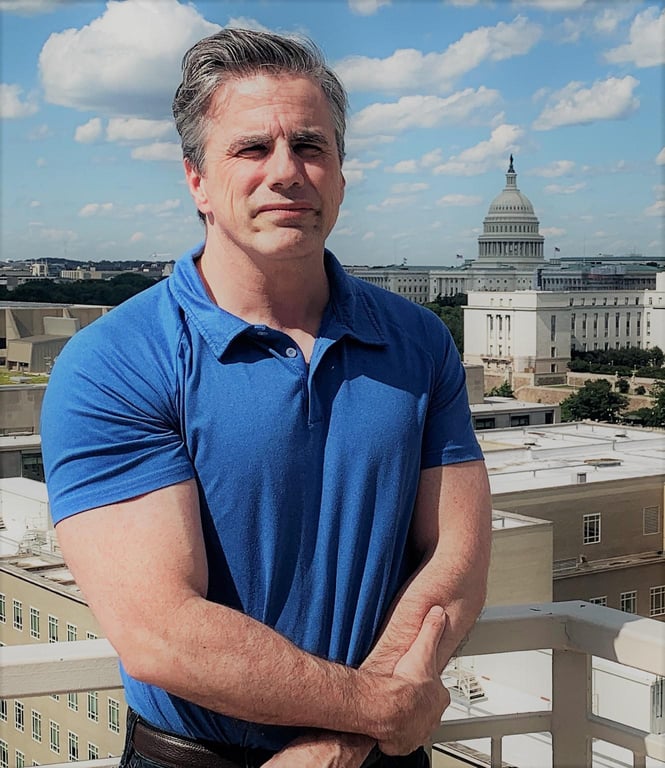 No one is doing more heavy lifting:

(Washington, DC) – Judicial Watch announced today it received 345 pages of records from the Department of Justice that show FBI top officials scrambling to write a letter to Congress to supplement then-Director James Comey’s Senate testimony in an apparent attempt to muddle his message.

The emails were released in response to a May 21 court order by U.S. District Judge Reggie B. Walton to the FBI to process 13,000 pages of records.

In an email thread starting at 6:34 a.m. on May 9, 2017, with the subject line “Comey’s Testimony on Huma Abedin Forwarding Emails Was Inaccurate – ProPublica” nearly a dozen top FBI officials scrambled to draft a letter to Congress about Comey’s May 3 Senate testimony.

This email thread was concerned with a May 8, 2017, ProPublica report stating that, “Comey’s most surprising revelation was that Huma Abedin — [Anthony] Weiner’s wife and a top Clinton deputy — had made ’a regular practice’ of forwarding ‘hundreds and thousands’ of Clinton messages to her husband, ‘some of which contain classified information.’ Comey testified that Abedin had done this so that the disgraced former congressman could print them out for her boss.… FBI officials have privately acknowledged that Comey misstated what Abedin did and what the FBI investigators found.”

After a flurry of emails, by 8:56 a.m. Comey’s chief of staff, Jim Rybicki, sent the group a draft letter for Congress, saying, “Below is a draft that has been reviewed by the Director. Please let me know your thoughts.” At 2:02PM, Asst. Director for Congressional Affairs, Greg Brower, asked his colleagues to review the latest iteration of the draft letter to the Senate.

In a March 24, 2017 email from New York Times reporter Michael Schmidt to FBI Assistant Director for Public Affairs Michael Kortan, Schmidt offers the FBI information about Ambassador Kislyak allegedly setting up a meeting between Jared Kushner and a Russian banker. Michael Schmidt asks no questions of Kortan, instead only offering information:

Michael Schmidt emails Kortan: Mike: Wanted to flag you on something. Three of my colleagues are working on a story about the Russia investigation. They’re told that Jared Kushner is among the individuals who the F.B.I. is scrutinizing for their meetings with Russians. My colleagues were told that Ambassador Kislyak, after meeting Kushner and General Flynn in early December at Trump Tower, set up a meeting with Kushner and a Russian banker. Kushner ultimately met with the Russian banker. The banker worked for Alpha Bank. Thanks. Mike

In an April 10, 2017, email exchange between Strzok, Page and other redacted FBI officials with the subject line “NYT Last Shot,” the FBI appears to be given a preview of an upcoming article in The New York Times.

[Redacted] emails Strzok, Page and others: Pete/Lisa, The editing is nearing completion and we have one last shot to hear what the end result is. Do you have time later today or tomorrow that is convenient for a listening session? Likely by phone in Mike’s office.

In an email on April 26, 2017, ProPublica reporter Peter Elkind sent the FBI a “fact check” list of items in preparation for a story he was working on about James Comey and the Clinton email investigation. Elkind describes the list as, “a first small batch of straightforward details for fact-check purposes.” Elkind notes that his information showed that Comey had “ordered up files on about 30 previous cases where government had investigated mishandling of classified information.”

In response to Elkind’s questions, four top FBI officials, including Strzok, Page and Kortan were assembled as a “quorum” to discuss.

In a series of emails on April 27, 2017, an FBI official whose name was redacted states that a Politico reporter forwarded them a Judicial Watch press releasediscussing how an FBI court filing revealed the existence of a grand jury targeting Clinton. That official then forwarded it to Strzok, Page and other redacted officials in the Counterterrorism Division and Director’s Office.

The assistant general counsel in the National Security Law Branch responded, copying in E.W. Priestap, assistant director for Counterintelligence, but his response is entirely redacted.

In a separate email exchange on April 27, 2017, about the same Judicial Watch press release, Page replies to someone in the Office of General Counsel saying “I didn’t realize that we had said this publicly.” Next Page appears to quarrel with paramour Strzok via email about this issue:

Page emails Strzok: Are you serious, dude? I sent to [redacted]. So I’ve committed some grave sin for not including you on this? My apologies, DAD Strzok, sir.

Strzok emails Page: You know what? Take a step back and look at this… And stop with the DAD Sir bullsh*t. That’s not the point and you know it.

Page emails Strzok: I think you think you should take your own advice. I didn’t look to see who was on the distribution when I sent it. Sorry, that’s on me. But this is distinctly not a big deal. And I definitely didn’t err in not including you on a two-line email to [redacted]. Get a grip.

In a May 1, 2017, email exchange between Strzok and a redacted FBI Counterespionage Division official about a background briefing Strzok gave about charges being brought against a group of  Russians for hacking Yahoo, Strzok says, “What you saw … is that the D (Director Comey), DD (Deputy Director Andrew McCabe), and EAD (Executive Asst. Director Paul Abbate) are all bright men with attention to detail and impressive memories.”

In a March 21, 2017, email from Strzok to Page, Strzok accuses an FBI colleague of “constant sneaky but unprovable underhandedness,” because she called “Charlie” in the FBI Office in NY for information on something rather than waiting on Strzok to respond, saying she didn’t know “if your answer meant you’d be back tonight.”

Strzok emails Page: Of course this was a BS cover for calling Charlie in NY about one of my cases because of something Carl allegedly asked (“I didn’t know if your answer meant you’d be back tonight”) … I tired of the constant sneaky but unprovable underhandedness.

“These new Page-Strzok emails show the Obama FBI to be a mess both professionally and ethically” said Judicial Watch President Tom Fitton. “The best example of the ethical morass at the FBI are the emails showing how a report on Judicial Watch’s disclosure that a grand jury had been used in the Clinton email investigation set off a spat between Peter Strzok and Lisa Page.”