JUST IN – Jason Miller, Trump aide and CEO of GETTR, has been detained at the Brasilia International airport in Brazil while he was boarding a plane to return to the US.

President Jair Bolsonaro has urged Brazilians to come out in force on Tuesday to show their support for his government. It’s shaping up to be an all-or-nothing gauge of his chances of re-election that has Brazil bracing for potential clashes.

On Tuesday, Bolsonaro supporters will march on the capital and he’s planning to join them. They’re calling for a coup to overthrow Congress and the Supreme Court. Multiple organizers have already been arrested. Will it succeed? 👇👇👇t.co/2kX0TpQkvh 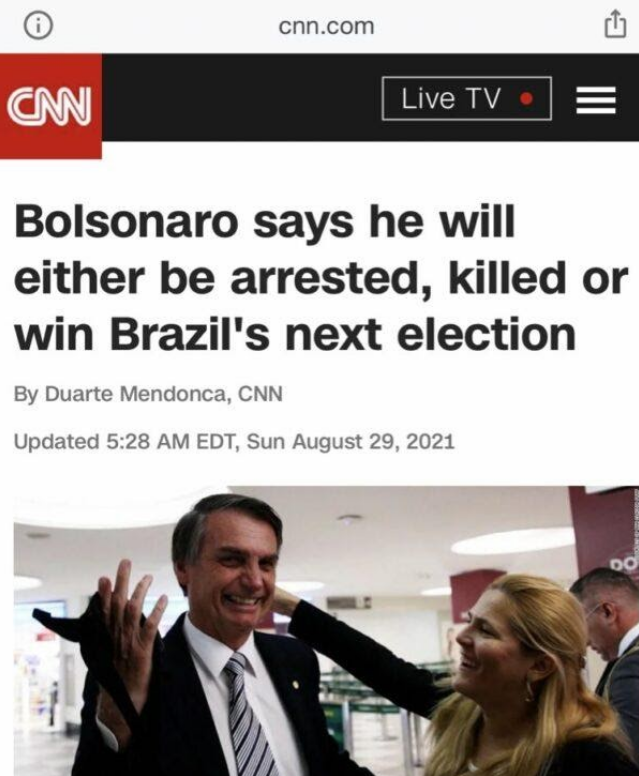