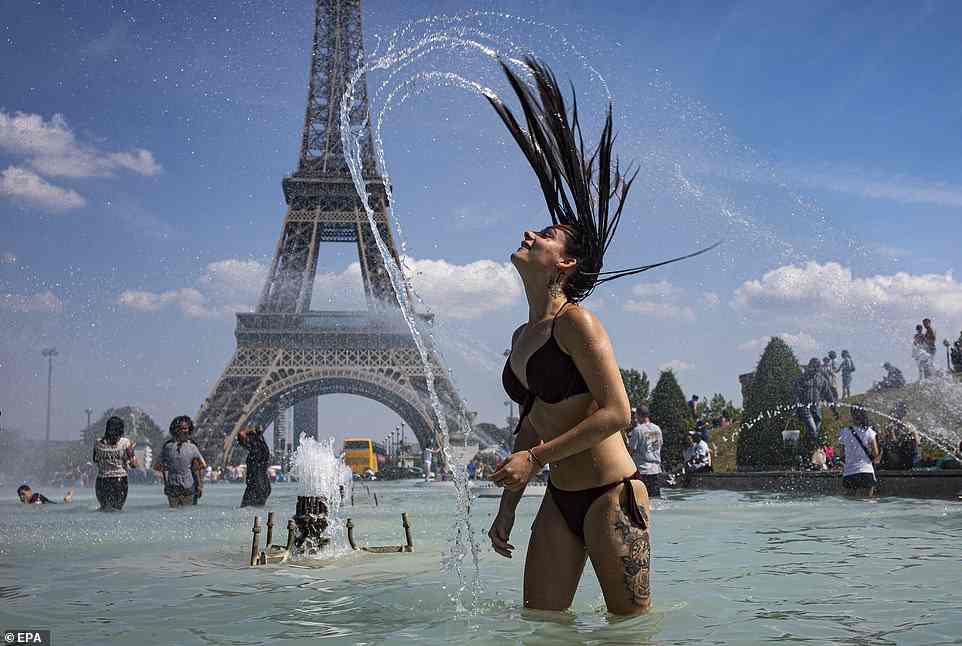 This also marked the first time the 45 degree Celsius threshold (113 degrees F) was reached in France, according to Meteo France and is the hottest day ever measured in June for the country.

France had set a new all-time June record high on Thursday, when Grospierres recorded a high of 108.1 degrees. Previously, the highest fully reliable June temperature in France was 106.7 degrees at Lezignan-Corbieres on June 21, 2003, according to Etienne Kapikian, a meteorologist at Météo-France.

On Wednesday, highs ranged from the 90s to lower 100s in parts of Spain, France, Germany, Belgium, Switzerland, Italy, Austria, Hungary, the Czech Republic, Slovakia and Poland. Berlin and Paris both rose into the 90s, well above the late-June low-70s average high in both capital cities.

The extreme heat wave that is suspected of killing several people this week set an all-time high in France on Friday. Relief is on the horizon but not before the heat strengthens its grip across Europe this weekend.

The highest temperature ever measured across France in the entirety of record keeping was set on Friday afternoon. Temperatures soared to 45.9 C (114.6 F) at Gallargues-le-Montueux in southeastern France, exceeding the nation’s previous all-time record high of 44.1 C (111.4 F) at Conqueyrac on 12 August 2003.

A high near 46 C (115 F) is more typical of what is recorded in California’s Death Valley in the United States this time of year. Parts of southeastern France were actually slightly hotter than Death Valley on Friday.

Amid the unrelenting grip of dangerous heat, France’s national weather service issued the first ever “red” hazardous weather warning for southeastern portions of the country on Friday. A “red” warning is the highest level out of a four-level alert system put into effect after the deadly 2003 heat wave that claimed 15,000 lives, according to the Associated Press.

France has recorded its hottest ever temperature of 113F (44.3C) as Europe sweltered in an early summer heatwave already blamed for several deaths.

With France, Spain, Italy and parts of central Europe particularly badly hit by the high temperatures, officials urged people to take common sense precautions – complaining that this was not always the case.

The record temperature was recorded in Villevieille, a village in the southern department of Gard near Montpellier, the same area where a previous high of 111.4F (44.1C) was set in August 2003, Meteo-France said.

Earlier the mercury rose above 111F (44C) in the southeastern town of Carpentras. The town was deserted, with cafe owners contemplating empty terraces, which would normally be packed.