Macron Returns to Turmoil, as France Weighs State of Emergency

PARIS — President Emmanuel Macron returned to France on Sunday from a summit meeting in Argentina to find his country in turmoil after a day of violent protests.
After surveying the destruction, Mr. Macron ordered Prime Minister Édouard Philippe to meet with representatives of the “Yellow Vests” protest movement and with the leaders of the opposition political parties. Those meetings will start on Monday.

A third weekend of nationwide protests by the movement, largely made up of working-class people angry about a planned increase in fuel taxes and their dwindling purchasing power, left burned cars and smashed store windows in several of the wealthiest neighborhoods of Paris. The movement is named for the high-visibility safety vests that motorists are supposed to wear when they have roadside breakdowns.
Broken glass and empty tear gas canisters fired by the police littered the city, where hundreds of vandals joined the ranks of the protesters. One person died in the unrest this weekend outside Paris, bringing to three the number of casualties on the margins of the demonstrations over the last three weekends of protests.

READ  12 GOP state AGs to launch numerous suits to block Biden’s monarchy
READ  We're rapidly reaching the point where even bulls are begging for a pullback.

The Firefighters Turned Their Backs. Now The Police Remove Their Helmets To Show Solidarity With The French People AGAINST Macron 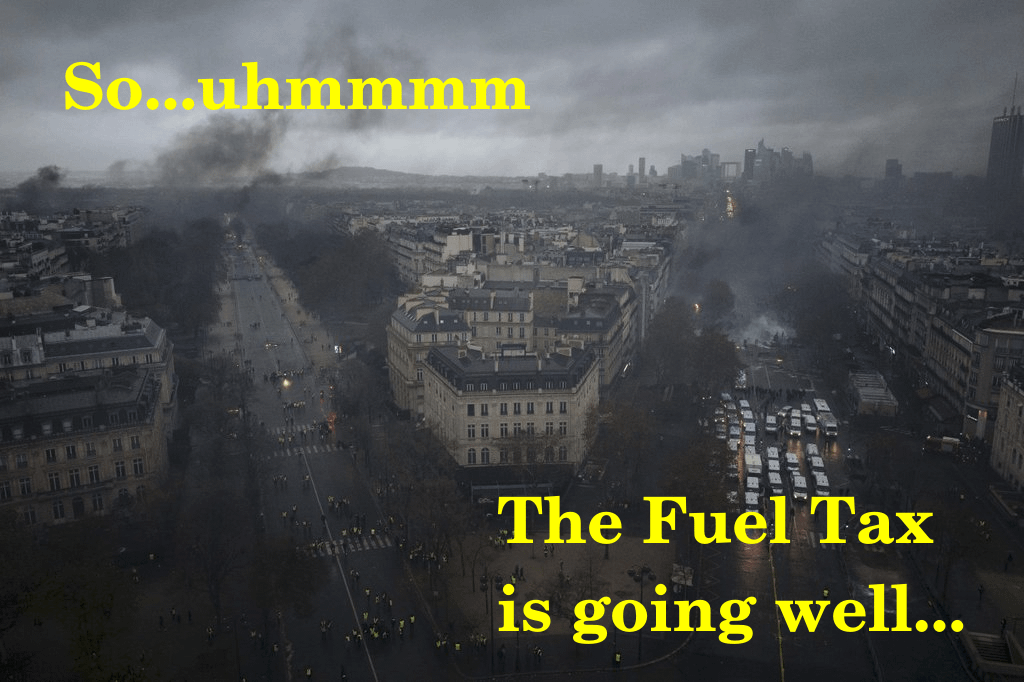