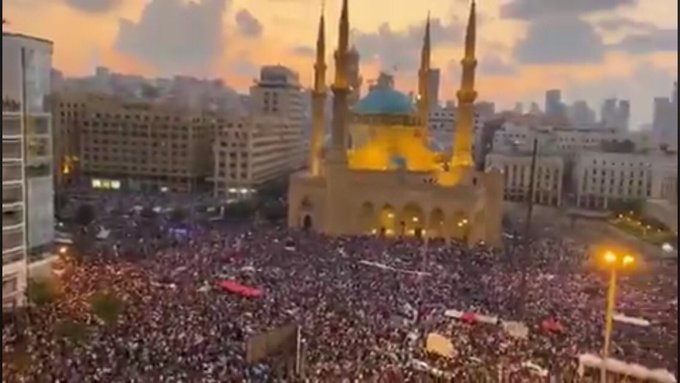 Everywhere you look around the world there are protests with some surface “story” (catalyst).

However, my opinion is the underlying symptoms are inequality & super high inflation. Forgot CPI data — cost of living is through the roof & people are angry! pic.twitter.com/SpRRW7MStp

Millions of people are taking to the streets. It might just be the beginning.

All around the world, governments are telling people to cut back and raising prices on basic needs. The result has been rage and chaos.

Fifteen people have died in violent protests in Chile over the past week. The unrest was originally sparked by a 4 percent increase in subway fares in the capital city, Santiago, but has since spread to other cities, triggered by more widespread anger over inequality and rising costs. “It’s not about 30 pesos, it’s about 30 years,” went one slogan, referring to the three decades since Chile transitioned from dictatorship to democracy, a period during which many Chileans have felt left behind by the country’s much-lauded economic growth. The chaos in Chile has been shocking in large part because of the country’s relative prosperity and political stability. But it followed a very familiar recent pattern.