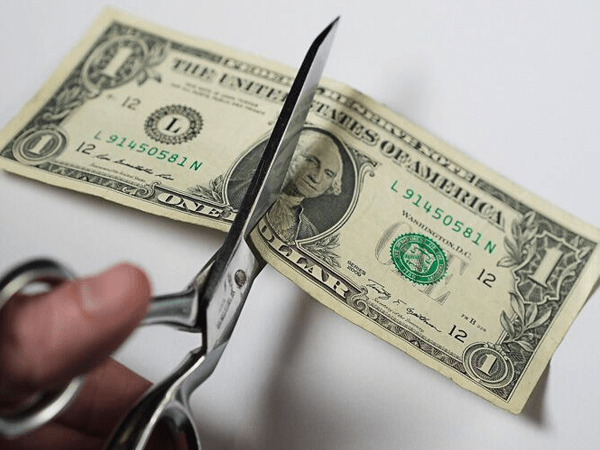 In a firm display of confidence, German Foreign Minister Heiko Maas called for the creation of an independent payment system that doesn’t rely on the U.S. dollar.

Europe should not allow the US to act over our heads and at our expense. For that reason it’s essential that we strengthen European autonomy by establishing payment channels that are independent of the US, creating a European Monetary Fund and building up an independent Swift system…

The report continued, stating Europe no longer wants to be a “vassal state” to the global currency monopoly the U.S. has enjoyed since 1944 when the Bretton Woods agreement was put into place.

In light of the Foreign Minister’s proclamation, the dollar’s domination may well be coming to an end.

For decades, the dollar has been the most circulated currency in the world, with $580 billion located outside of the U.S. That, combined with the general strength of the American economy, has put the dollar in first place.

But as you can see in the chart below, the announcement had its intended impact. The dollar is down to levels it has had a hard time staying above since November 2017:

Aside from the obvious stagnation of the dollar, if Europe succeeds in creating its own SWIFT payment system, then it would be able to create its own trade independent of Washington sanctions and protectionism.

It could also keep the Iran nuclear deal alive, even though Trump pulled the U.S. out. But the fact that Europe seems to be taking a stand against dollar hegemony is telling, because it means they’ve had enough.

Germany Isn’t the Only Reason the Dollar May Lose Dominance

Not to mention, China and Russia’s petro-currency wars, and recent Iran trade sanctions that are related to Maas’ request for European independence from the dollar.

Briefly, POTUS issued sanctions on companies doing business transactions in Tehran. So far it has resulted in negative consequences.

In fact, a recent article we posted by Alt-Market.com’s Brandon Smith highlighted these new sanctions and their implications, which shed some light on the potential politics behind the overall U.S. dollar conversation (emphasis ours):

Russia and Germany are set to sign an agreement on an oil pipeline called Nord Stream 2, which will increase Russian energy exports substantially. Donald Trump has attacked the proposal, claiming it makes Germany “a captive of the Russians”. This rhetoric, though, only seems to be hastening the process.

I would note that sanctions against Iran are the likely cause of elevated support in Europe for closer economic ties to Russia. Once again, we see the world moving closer together in centralization while the U.S. is being systematically cut out.

So regardless if this specific set of consequences plays out or not, wherever you look, it seems like the U.S. is losing leverage in the global currency game. Germany’s declaration is just the “cherry on top.”

This could spell disaster for the dollar.

Despite any blind optimism that might be remaining, Germany and a host of other countries are positioning to take a home-run swing at the U.S. dollar’s dominance in global markets.

If the dollar loses its dominance as the global reserve currency, big economic changes will be on the way.

No matter how you look at it, strange times for investors are right around the corner. So think two steps ahead while there’s still time.