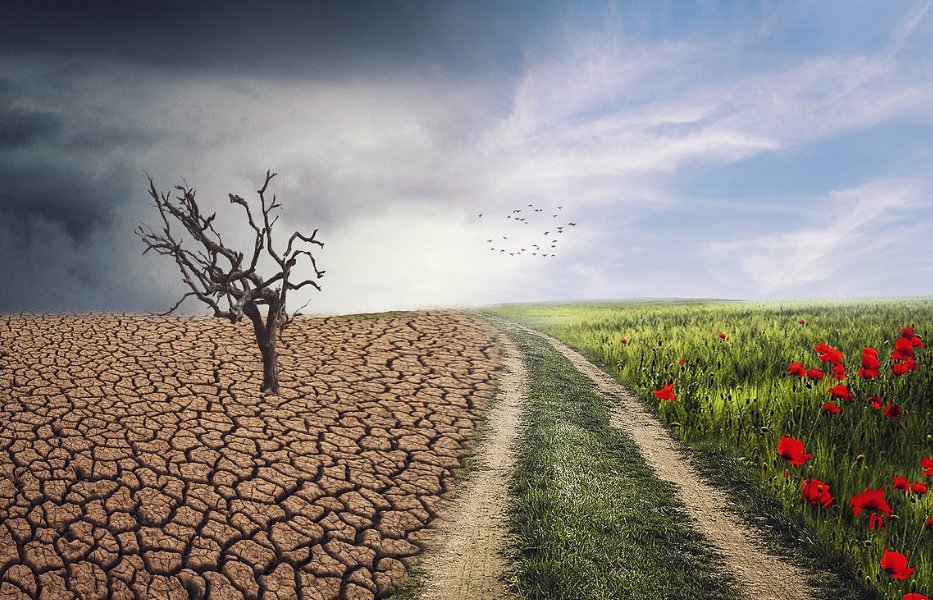 It turns out that things are even worse than we originally thought.  Did you know that global supplies of wheat are shrinking?  If that wasn’t bad enough, global supplies of corn and soybeans are shrinking as well.  As a result, prices for all three have been soaring and the number of hungry people around the planet is rapidly rising.  The COVID pandemic, widespread crop failures and global supply chain disruptions are some of the factors that are being blamed for this growing crisis.  Unfortunately, it doesn’t appear that things will get much better any time soon.  In fact, Forbes is telling us that we should not expect to see things turn around “until late 2022 – or beyond”…

Supplies of three of the world’s most important grains: corn, soybeans, and wheat, are shrinking, and it will likely take at least the next two growing seasons for supplies to reach comfortable levels again. That’s the prediction the USDA and many private grain analysts have come to in recent weeks, and grain markets have taken notice.

Why isn’t this front page news all over the world?

At this point, most people don’t even know about the absolutely devastating crop failure that happened in China last year…

As the global population and economy grows, so too does the use of grains. Hence, any significant supply disruption can have an outsized impact on global grain prices, which is what happened last year when China had a crop failure.

The true extent of China’s 2020 grain production problems may never be known or recognized by official sources, but that doesn’t matter. Markets can see two things that really do matter: the price of grains in China and the amount of grains China imports. Those two inputs have created a bullish formula: Chinese grain prices, particularly corn prices, rocketed last year and remain at elevated levels, and China will import record amounts of soybeans and corn this year. The verdict is still out on Chinese wheat imports, but they are likely to be record high too – Chinese wheat imports are officially already at their second highest level in history.

Of course China is far from alone.  Wild weather patterns have been playing havoc with agricultural production all over the globe, and this isn’t likely to change any time soon.

In particular, conditions are quite dire in Brazil right now…

Brazil’s coffee and orange crop are likely to decline for the second consecutive year. Brazil’s current orange crop contracted 31% from the previous season, the most in three decades, and production of arabica coffee is also falling. Arabica coffee is used at Starbucks Corp and other fancy coffee chains, which means the cost of coffee is going up.

John Corbett, Chief Executive Officer at agriculture tech company aWhere Inc., said, “rainfall was disastrously low for many areas in Sao Paulo and Minas Gerais from January to April.” He said these worst-hit areas received less than half of average precipitation during the rainy season.

So this means that the price of Starbucks coffee is going to go even higher?

See also  How Long? The S&P 500 And Global Liquidity (How Long Will It Last?)

Sadly, drought is also having a dramatic impact on agricultural production in Argentina and Paraguay…

Here in the United States, farmers in the western half of the nation are dealing with the worst “megadrought” in our entire recorded history.  For much more on this, please see my recent article entitled “Megadrought Nightmare: No Water For Crops, Horrific Wildfires, Colossal Dust Storms And Draconian Water Restrictions”.  Just like throughout much of the rest of the world, agricultural production in the U.S. will be below initial expectations once again this year.

As global food supplies get tighter and tighter, hunger is starting to spread like wildfire…

The 2021 Global Report on Food Crises (GRFC 2021) highlights the remarkably high severity and numbers of people in Crisis or worse (IPC/CH Phase 3 or above) or equivalent in 55 countries/territories, driven by persistent conflict, pre-existing and COVID-19-related economic shocks, and weather extremes. The number identified in the 2021 edition is the highest in the report’s five-year existence.

If things weren’t bad enough already, now farmers all over the world have a computer chip shortage to deal with.  Almost every piece of farm equipment that you could possibly name uses computer chips, and we are being told that this chip shortage will have a huge impact on agricultural production “for the next two years and beyond”…

The biggest factor impacting the ability of U.S. farmers to produce the food we need has nothing to do with the weather, the markets, trade, regulations, or disease. The worldwide shortage of computer chips will impact all aspects of agriculture for the next two years and beyond. Almost every piece of farm equipment, like most everything else in our lives, needs a computer chips to operate. Due in part to the Covid 19 Pandemic, there is a massive worldwide shortage of chips; and the industry is unable to meet the skyrocketing demand.

With each passing month, the chip shortage just seems to get even worse.

In fact, it is being reported that the month of April was the worst month so far…

Shortages in the semiconductor industry, which have already slammed automakers and consumer electronics companies, are getting even worse, complicating the global economy’s recovery from the coronavirus pandemic.

Chip lead times, the gap between ordering a chip and taking delivery, increased to 17 weeks in April, indicating users are getting more desperate to secure supply, according to research by Susquehanna Financial Group. That is the longest wait since the firm began tracking the data in 2017, in what it describes as the “danger zone.”

It would be difficult to overstate how serious this crisis has already become.

This week, Ford announced that it will be either halting or reducing work at eight North American production facilities due to a lack of chips…

Ford Motor will halt or cut production at eight North American plants for varying periods of time through June due to an ongoing shortage of semiconductor chips impacting the auto industry.

Affected vehicles range from the Ford Mustang and Escape crossover to the highly profitable F-150 pickup and Bronco Sport SUV, the company confirmed following an internal memo of the plans that was obtained by CNBC.

Ultimately, this chip shortage will have a dramatic impact on hundreds of different industries.

Big trouble is ahead, and even now we are being told that there are global shortages of just about everything…

Copper, iron ore and steel. Corn, coffee, wheat and soybeans. Lumber, semiconductors, plastic and cardboard for packaging. The world is seemingly low on all of it. “You name it, and we have a shortage on it,” Tom Linebarger, chairman and chief executive of engine and generator manufacturer Cummins Inc., said on a call this month. Clients are “trying to get everything they can because they see high demand,” Jennifer Rumsey, the Columbus, Indiana-based company’s president, said. “They think it’s going to extend into next year.”

Even without all of the other factors that I talk about on my websites, this alone threatens to plunge the globe into a horrifying economic crisis.

For the next several years, we are being told to expect rampant inflation, severe shortages and widespread hunger.

The corporate media is trying to make us feel better by assuring us that things will begin to turn around in 2022 or 2023, but they don’t really know what the future holds.

But one thing we know for sure is that global supply chains are in a state of utter chaos right now, and that is starting to cause great distress in every corner of the globe.