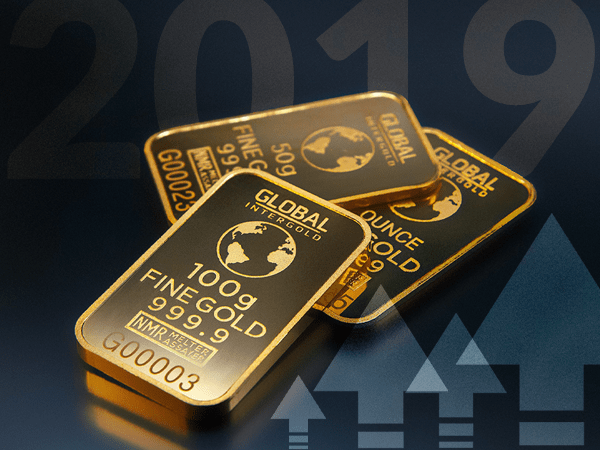 This week, Your News to Know rounds up the latest news involving precious metals and the overall economy. Stories include: Gold charges into 2019 on a high note, a silver bull market might be shaping up, and how gold has beaten the market over multiple time periods.

Gold charges into 2019 on a high note amid growing concerns

With just days into the new year, gold is already enjoying plenty of momentum as it builds on rising concerns surrounding the economy and the federal government. While 2018 had plenty of geopolitical flare-ups and trade tensions, investors didn’t immediately respond to the risks by flocking towards gold’s safe-haven allure.

Demand, however, picked up in November and December as trade relations between the U.S. and China deteriorated further, with neither of the countries’ leaders hinting towards an easy resolution. The conflict has already cost the two nations hundreds of billions of dollars in tariffs and has had a palpable negative effect on both economies.

The latest U.S. government shutdown, in effect since December 22, embodies the kind of uncertainty that gold has historically thrived off of. Millions of U.S. citizens now find their economic prospects diminished as state funding looks as if it could be halted for the foreseeable future.

The shutdown took some headlines from the recent equity market struggles, which some have come to interpret as the beginning of another crisis. The stock plunges played into the general view of certain analysts that the U.S. economy may have recently peaked and that growth could be tepid from 2019 onwards.

Besides existing tailwinds, Jingyi Pan, market strategist at IG Asia, thinks that a possible pullback in the Fed’s hiking schedule is something gold bulls can look forward to this year. Gold’s climb to $1,280 an ounce in December represented the biggest monthly gain in nearly two years, but analysts believe that the metal has plenty of room to grow. As for Benjamin Lu, an analyst at Phillip Futures, he believes $1,309 is the level gold bugs should look out for next, along with demand to remain strong for the rest of the quarter.

Could a silver bull market be forming?

In a recent analysis on Streetwise Reports, author of the article Clive Maund examined silver’s somewhat curious performance during the stock market drops of recent months. Owing in no small part to the precious metal’s utility as a key industrial ingredient, silver was expected to drop alongside equities as manufacturers curbed their production.

Instead, the metal thrived, gaining more than 9% as stocks went under. Maund views this as the beginning of an extremely bullish trend in the silver market, one that will see quick-acting investors reap great benefits as the metal’s rebound progresses.

Examining the 6-month chart, Maund notes that gold’s own strong performance helped silver break out of its rut and move closer to its 200-day moving average. Maund finds this a highly positive development and expects silver to eventually break through this resistance.

Silver’s ascension from a Double Bottom on the 6-month chart, however, pales in comparison to a potential ascent from the same pattern on the 10-year chart. Because of this, Maund believes silver’s current prices remain a very attractive entry point even after the metal’s recent gains. If correct, we could be looking at a prolonged upturn in the silver market that would span years.

Maund also refers to the 20-year chart to highlight that the gold/silver ratio is currently at a 24-year extreme, suggesting that a major rebound could be around the corner. The analyst points out that such a skewed ratio has only occurred three times over the past 20 years, and each instance led to massive price gains for the metal.

Besides silver, Maund thinks platinum could be another top investment this year. While platinum has posted the worst performance out of the four precious metals in recent years, favors could be turning as South Africa, the world’s biggest platinum miner, has recently come under questionable leadership. With over 70% of the world’s platinum coming from South African mines, a sudden supply glut would have an immediate beneficial effect on the metal’s price.

How gold has beaten the market over multiple time periods

As Forbes’ Frank Holmes notes, a month was all it took for gold to all but erase its losses in the previous quarters. The sudden return of volatility combined with global uncertainty helped gold emerge as perhaps the most attractive asset in the last month of the year.

While gold enjoyed a stellar end to 2018, U.S. stocks suffered their worst December since 1931. The monthly performance played into an overall red scheme and led equities to log their worst year since 2008. The comparison is especially poignant in the midst of rising concerns that the U.S. economy, and by extent the global stage, could be heading towards another crisis.

When pitted against the S&P 500 Index for 2018, gold comes out ahead on three different charts. The metal soundly beat the S&P 500 for virtually all of December, notching a 4.93% gain for the month while the Index posted a 9.18% loss.

Gold’s performance versus the S&P 500 on the Q4 chart is equally enticing, as the yellow metal finished the quarter with a 7.57% gain compared to the S&P 500’s 13.97% loss. Looking at the full-year chart, we see that gold wrestled the S&P 500 for much of 2018 before coming out ahead in December.

To Holmes, this comes as no surprise, as the metal has a proven history of finishing ahead of stocks. Since the start of the millennium, gold is up 345.39% compared to 70.62% for equities. Holmes sees this, along with gold’s recent performance, as further validation that the metal is both a remarkable standalone investment and a reliable hedge against stock downturns.