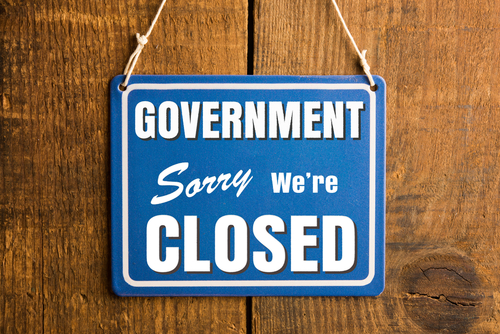 President Donald Trump on Friday said he has considered using emergency powers to build a wall along the U.S.-Mexico border. The press has been saying that he could declare a national emergency to redirect money from the Defense Department or other sources to fund the wall. However, Obama used funding that was granted by Congress in perpetuity to fund the war on Terrorism by simply using that to send his expedition forces to Syria. All Trump has to do is simply declare that Terrorists could enter the country through Mexico and presto – he has the power to build the wall with all the money you can dream of under the Patriot Act. Why did not one of his advisors tell him that? Whose side are they really on? His? or the Deep State?

See also  Trump was right the deep state was after him

CNN an the other fake news organizations always cut Trump off from his secondary reason to build the wall – drugs. The only air his first reason immigration and thus declare him to be a racist even though Mexican is not a race. Emails have come in and asked what advice I would have given Trump. To circumvent the fake news, I would simply have told the Democrats that either they fund the wall to stop the drug traffic or I will issue an executive order ending the prosecution of drug cases and order the release from prison of those with just drug charges.

See also  No supporters showed up for Biden in New Jersey — but dozens of Trump supporters lined the streets to tell Joe what they thought of him: WATCH

This whole thing is really pointless. The first thing Obama did was build a wall around his house in Washington. The cost of $5 billion is no big deal when we are dealing with trillion dollar deficits. This is all about the Age of Obstruction we have entered. The Democrats must obstruct whatever Trump does in a desperate effort to win the White House in 2020. Will the wall stop the drug trade? Not. They will resort to ships and low flying planes as in Made in America.