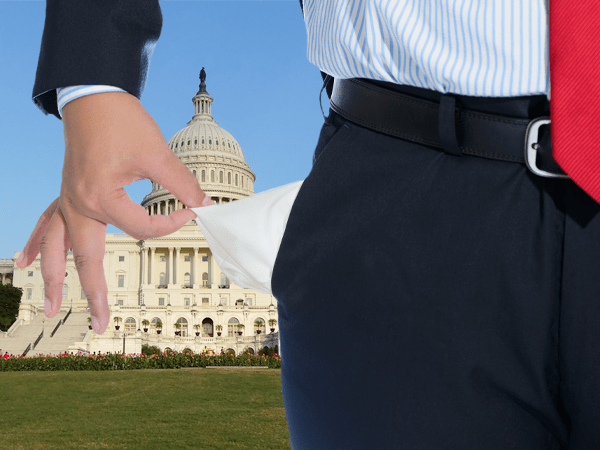 The temporarily-ended government shutdown didn’t have had a large effect on the U.S. economy, but it may have revealed something disturbing about the savings of 80% of Americans.

They aren’t prepared if the economy get worse.

MarketWatch published some recent findings in an op-ed (emphasis ours):

Why do a few weeks without pay turn into a crisis for many families? Simple: Nearly 80% of Americans live paycheck to paycheck. That’s a problem when you have little to no savings. In fact, it’s akin to playing financial Russian roulette.

And the problem is terrifyingly pervasive. According to a recent GoBankingRates survey, only 21% of Americans have more than $10,000 in savings, with nearly 60% having less than $1,000 in savings.

The findings come from a recent GoBankingRates survey, which contained the following chart reflecting MarketWatch’s findings: 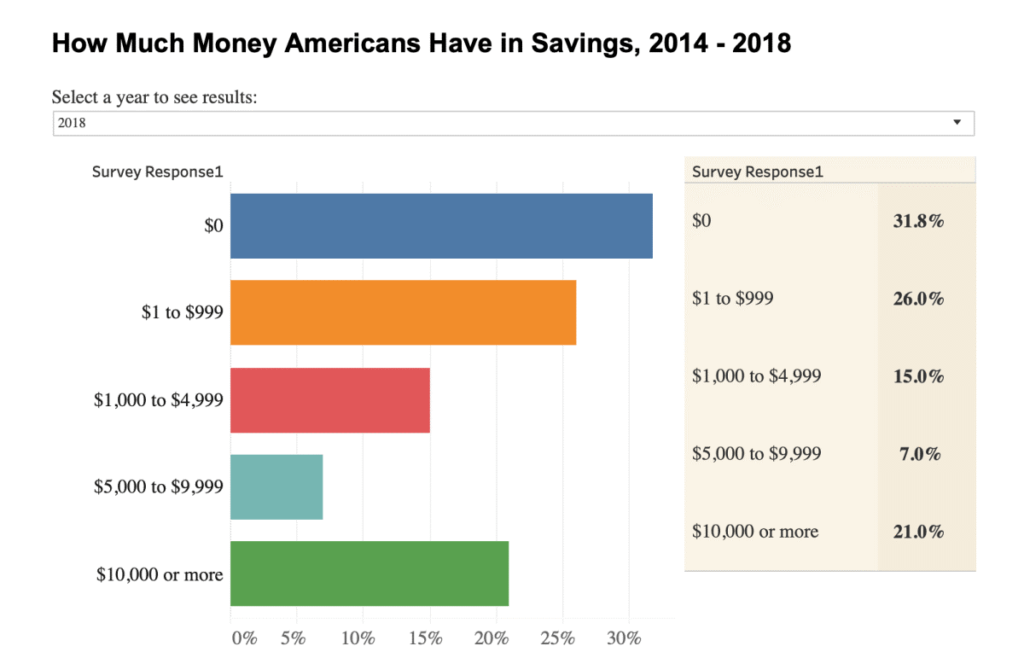 With interest rates on the rise and the economy at levels of uncertainty not seen since 2008, it’s crucial for Americans to buffer their income with some sort of hedge.

Without reliable “go-to” savings and a plan, there could be tough times ahead if the market continues diving into recession.

But the nasty truth appears to be most Americans don’t have enough savings, if any at all, to get them through the tough times.

Right now, government-reported unemployment is the lowest it’s been since 2000. But as you can see from the chart below, a recession tends to follow the “lowest” unemployment rates:

It’s not for sure that this is a signal of an imminent recession, but it sure seems like enough circumstantial evidence to consider looking into your savings options. That, and the fact that the shutdown has only been “ended” until February 15. After that, we may see “Part II.”

And the shutdown isn’t only affecting individuals. It even drew the attention of top CEOs.

James Gorman: “Going to Have an Extremely Dangerous Affect”

Morgan Stanley CEO James Gorman had some choice words from the recent meetings in Davos, Switzerland. His frustration was quoted in a CNBC video:

If it goes through months of this year, it’s going to have an extremely dangerous effect on … the momentum of the economy. This thing needs to get resolved…

The distinct feeling conveyed in Gorman’s remarks is in his choice of the word “resolved.” A temporary three-week solution is not going to cut it.

Marriott International CEO Arne Sorenson said the shutdown is hurting his hotels in the D.C. area. The company’s 150 or so hotels in the Washington, D.C., metro area have seen business drop double digits since the shutdown.

In an earnings call with analysts this morning, Southwest Airlines CEO Gary Kelly, called the shutdown “maddening.” The company estimates it’s lost $10 to $15 million in revenue this January as a result of the shutdown.

So it appears the shutdown weighed down U.S economic growth, and impacted revenue for major corporations. Not good.

And after February 15, more corporations and Americans with little savings may see another “helping” of this shutdown whether they like it or not.

Time to Plan for the Worst – And Hope for the Best

Another government shutdown in the near future is highly possible. It’s time to start thinking about how the markets will respond to the uncertainty going forward.

Future shutdowns can destabilize your retirement savings, especially if you don’t have savings or a plan.

One way that many Americans have safeguarded their financial future is by diversifying their retirement portfolios into physical gold and silver. Traditionally, these assets perform well in uncertain markets and can be considered as part of any diversification plan.