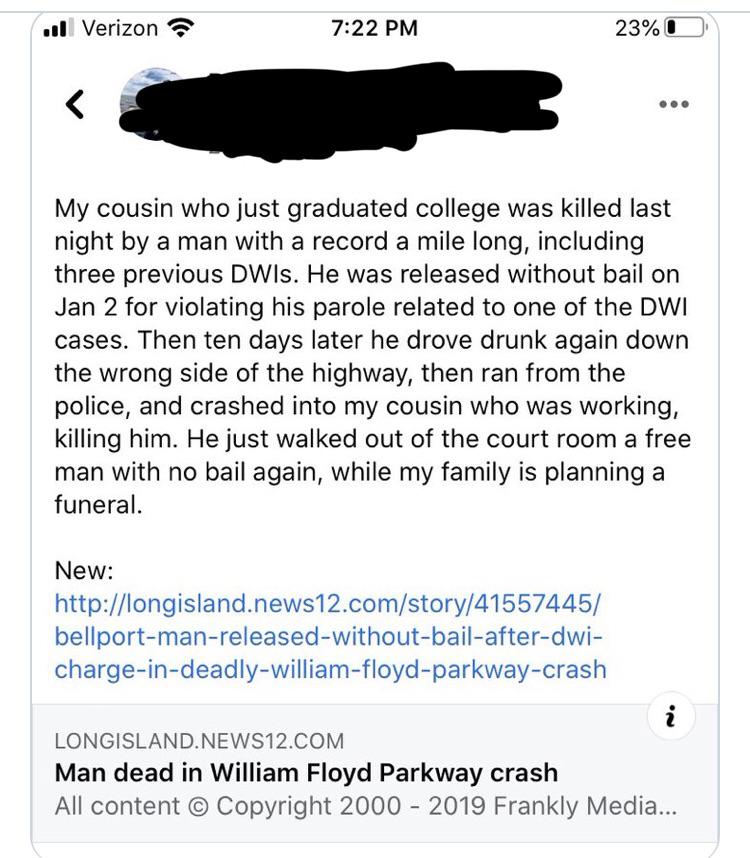 “My cousin who just graduated college was killed last night
by a man with a record a mile long, including three
previous DWIs,” Dylan Robert wrote on Facebook. “He was
released without bail on Jan 2 for violating his parole
related to one of the DWI cases. Then 10 days later he
drove drunk again down the wrong side of the highway, then
ran from the police, and crashed into my cousin who was
working, killing him. He just walked out of the courtroom a
free man with no bail again, while my family is planning a
funeral.”