A DRAMATIC change in the weather this weekend will see Britain plunged into a month-long Arctic freeze amid warnings to prepare for crippling and widespread snowfall.Winter is about to take a savage parting shot unleashing a possible four-week assault of sub-zero gales and blizzards and wreaking havoc across the UK.

A violent storm system poised to rip into the country on Sunday will drag a swathe of bitter air in from the North Pole pushing temperatures to -14C (6.8F) in parts and kick-starting the late winter mega-chill.

STORM Gareth will smash Britain with a 1,000-mile wide ‘weather bomb’ tonight as 90mph winds and more snow endanger lives, the Met Office has warned in its latest forecast.

It says there will be a danger to life as the UK is lashed by gales, 48ft waves, two inches of rain and floods. 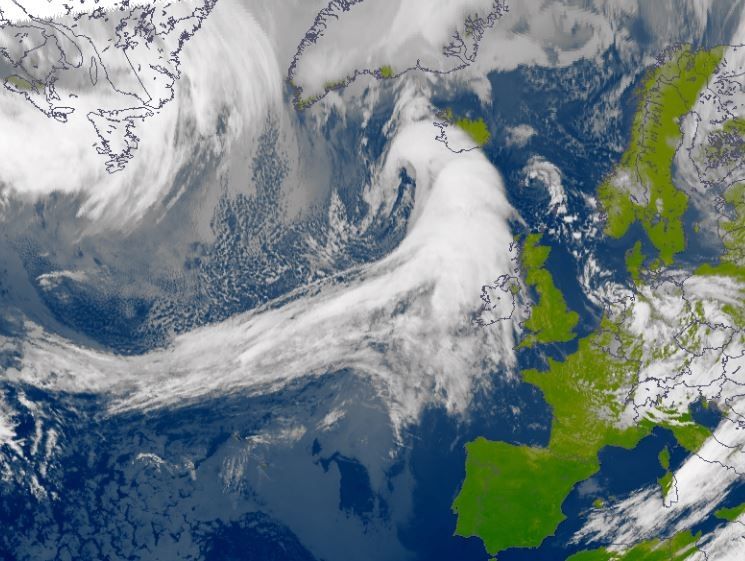 It’s the third storm to hit the UK since the start of the year, bringing with it a ‘danger to life’ warnings and heavy bouts of snow.

From 3pm on Tuesday, Northern Ireland is set to be subject to the first warning for wind, lasting through to midday on Wednesday.

The rest of England and Wales will feel Gareth’s fury from 9pm on Tuesday through to 3pm on Wednesday with strong northwesterly winds.

Just a little over a week ago the UK set warm records, and just to let you know who’s REALLY in charge, The Celtic Gods send the UK THIS!