When the coronavirus brought the world economy to its knees, the US government opened the floodgates of spending. The feds added an extra $600 to weekly unemployment benefits, spent hundreds of billions on a Paycheck Protection Program (PPP), and sent out $1,200 per adult (plus $500 per child) to millions of people. With the US Congress actively negotiating with the White House on a new stimulus package, how did Americans spend the first round? And what would they do with a second stimulus check? 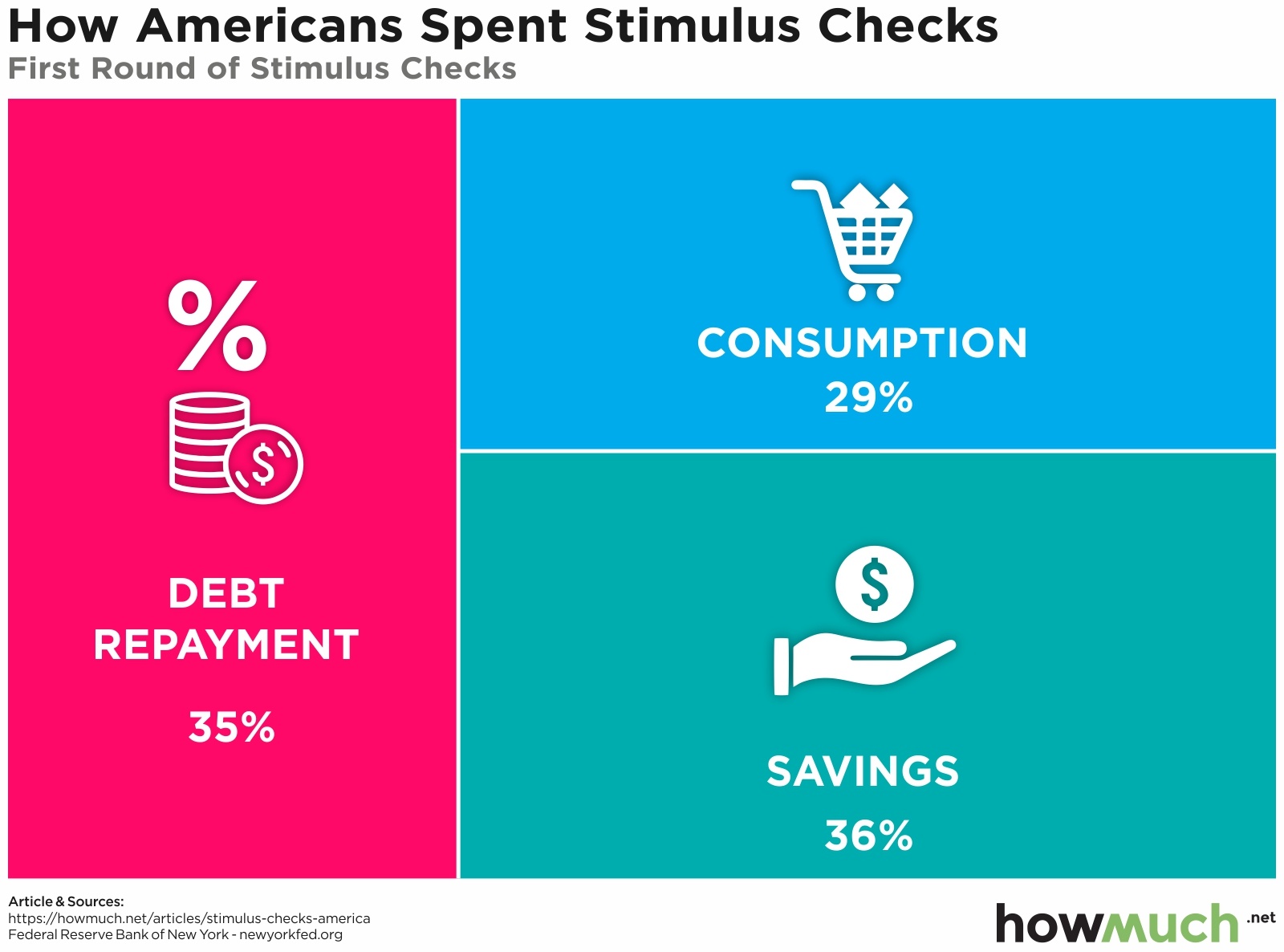 We got the data for how Americans spent the first round of economic stimulus checks, and what they say they would do with another round, from the New York Federal Reserve. Credit to Forbes for posting the data. To be fair, the prospects for another round of economic stimulus in the US continue to change by the day. Although it looks increasingly unlikely to happen before Americans vote in the election on November 3rd, most observers believe there will be another round of stimulus, and perhaps even additional direct cash payments to US adults.

Our visualization makes clear that this would be one of the most ineffective ways to stimulate the economy. In the first round of stimulus checks, Americans socked away 36% of the payments directly into their savings accounts. They spent another 35% retiring debts, and only spent the remaining 29% on consumption. This means that 71 cents out of every dollar the government sent to Americans didn’t actually stimulate the US economy, which relies heavily on personal consumption for growth. 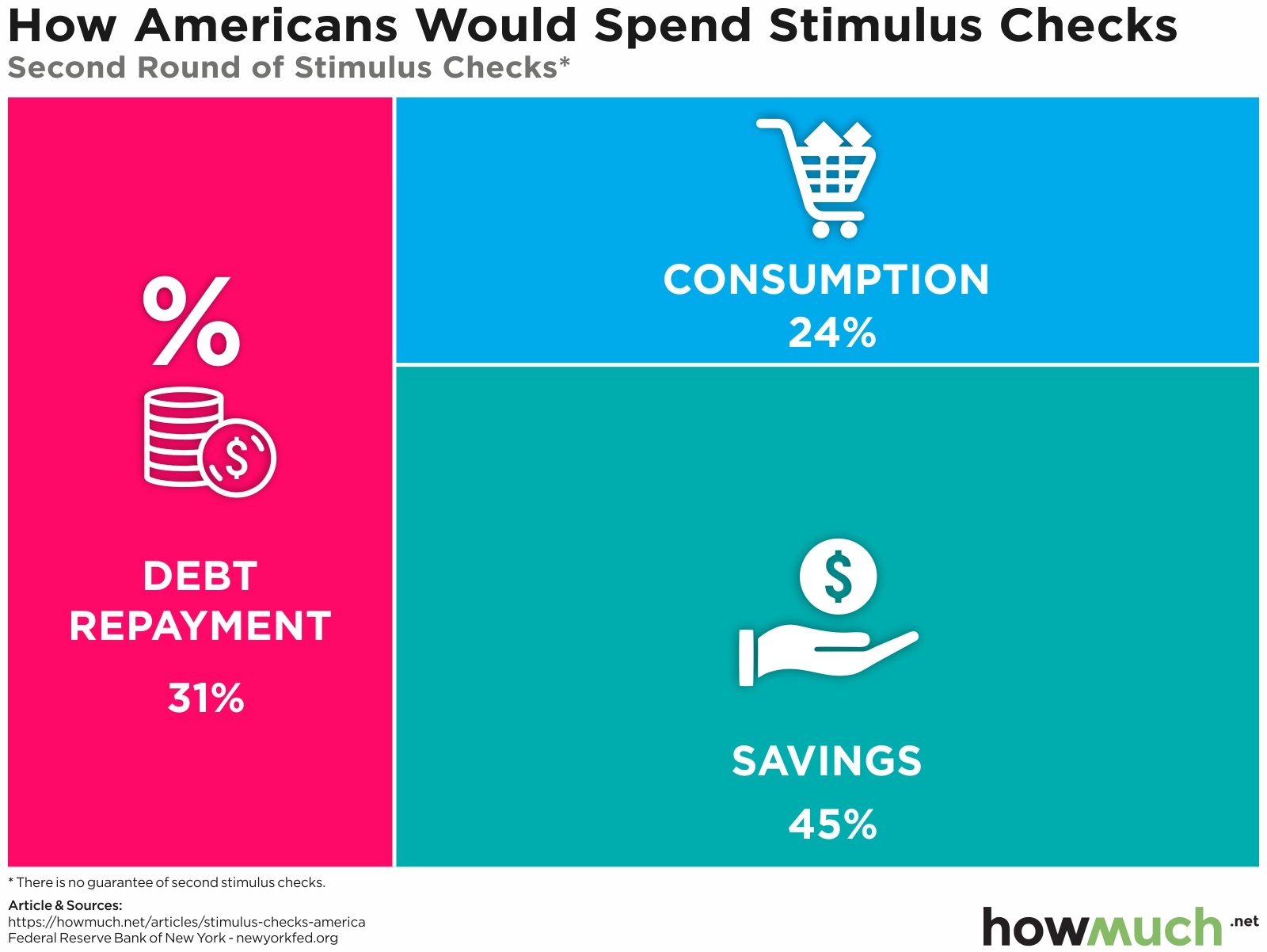 How Americans Would Spend a Second Stimulus Check

What are people saying they will do with another round of stimulus checks? According to Forbes, they would pretty much do exactly the same thing as the first round, except maybe save even more. Americans say they would spend only 24% on personal consumption, put a little less toward repaying debts at 31% and put the remainder away in a savings account. Paying off debt could include a variety of categories, like an auto loan, a student loan or even an unsecured personal loan.

Other data bear out our visualizations. The US savings rate jumped to all-time historic highs of 33% over the summer. Before the pandemic, Americans were routinely saving only about 7% of their income. Nowadays, the economic data indicate people are simply not engaging in their normal spending patterns, whether taking a vacation or going to crowded venues. This suggests the US economy may not ever be able to fully recover without first controlling the coronavirus.