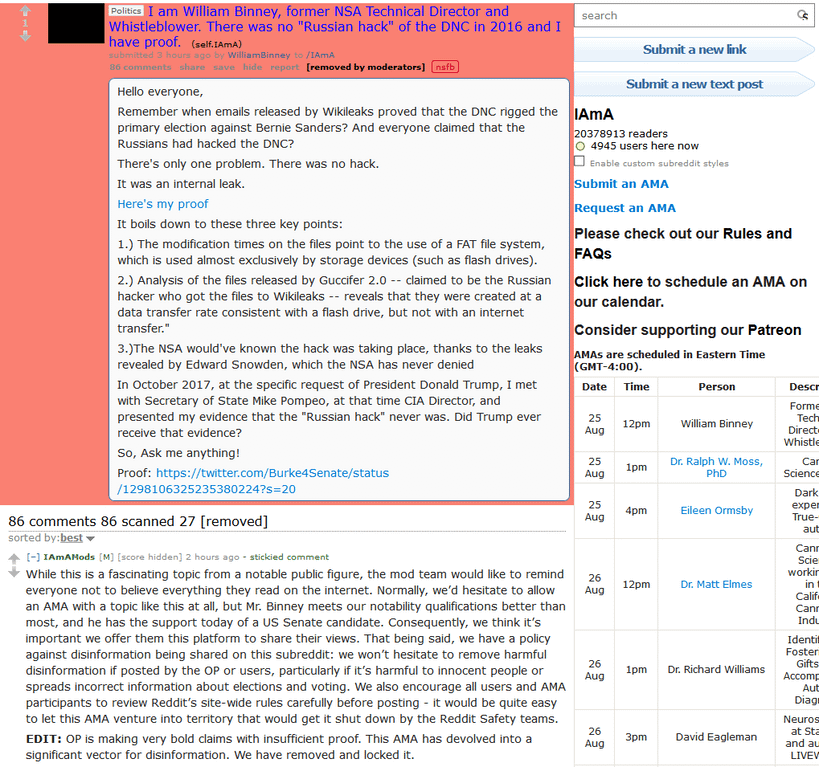 Archive of the removed post showing what Bill Binney said.

The point about Reddit is that they’re so politically biased that they’ll shut down any evidence that might contradict the views and opinions of the management of Reddit. They’re controlling the flow of information to the public so that they can control what they think and what they do. They’re joining in this world-wide conspiracy to take over the thought process of the population.

I presented them with sworn affidavit, and this is all they do about it. These are the lengths they will go to do keep people from hearing the truth.

Esteemed NSA Whistleblower Bill Binney Says He Has Evidence DNC was NOT Hacked – “The Mueller Report and the Rosenstein Indictment Is All Based on Lies!”