WORLD stock markets could plummet this year because valuations are likely to hit disproportionate levels, taking them to “epic bubble levels”, experts have warned.

This has led to a significant increase in stock prices, taking global stock markets to the brink of bursting.

Mr Gambles said: “We had a policy response to the global financial crisis (and) at that point stocks were cheap and they had an enormous tailwind behind them in terms of fiscal support.

“There isn’t any doubt now (that) in valuation terms we’re in epic bubble proportions, probably the biggest bubble of all time.”

The solid purple line at the bottom of this chart is The Scary Guy Economic Indicator. I call it the Pocket Money Wave. If my April projection is correct, and they have been right on lately, a large injection of liquidity is coming into the US economy. 🐂🤠 pic.twitter.com/N9IAn3OC0W

The Next Crisis Will Be The Last. – Fed hiking rates, Administration engaging in a trade war. Consumers overly indebted with stagnant wages. What could go wrong? 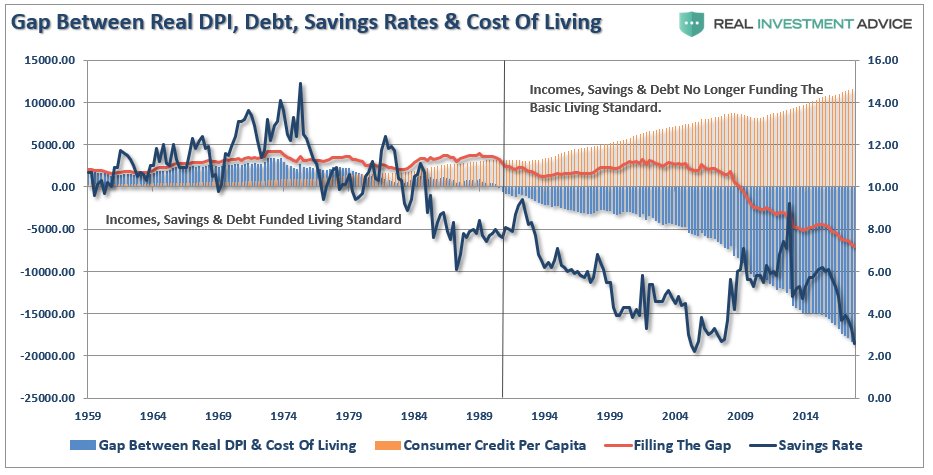 “The best time to invest is in year 10
of a bull market, preferably when a trade war
is beginning.”

#LaborDepartment blames “weather” for miss on non-farm #jobs number – not an approaching #recession, the end of a #credit cycle, no. Weather.

Come to think of it, we’ve been having such bad weather in #America since 1979 we lost 8,000,000 #manufacturing jobs too. pic.twitter.com/1GsdRtYVgc

Small, subprime auto lenders are shutting down as banks & private-equity firms cut off their funding.

Growing numbers of small subprime auto lenders are closing or shutting down after loan losses and slim margins spur banks and private equity owners to cut off funding.