Housing stocks are getting crushed.

Two major homebuilder stock-tracking ETFs, the ITB and the XHB, are on track to post their worst years since 2008 — and some strategists see further downside.

Lennar and KB Home fell more than 2 percent Wednesday after Credit Suisse downgrades, along with Home Depot and Lowe’s. The firm was particularly bearish on the group given weak housing starts data and rising interest rates. 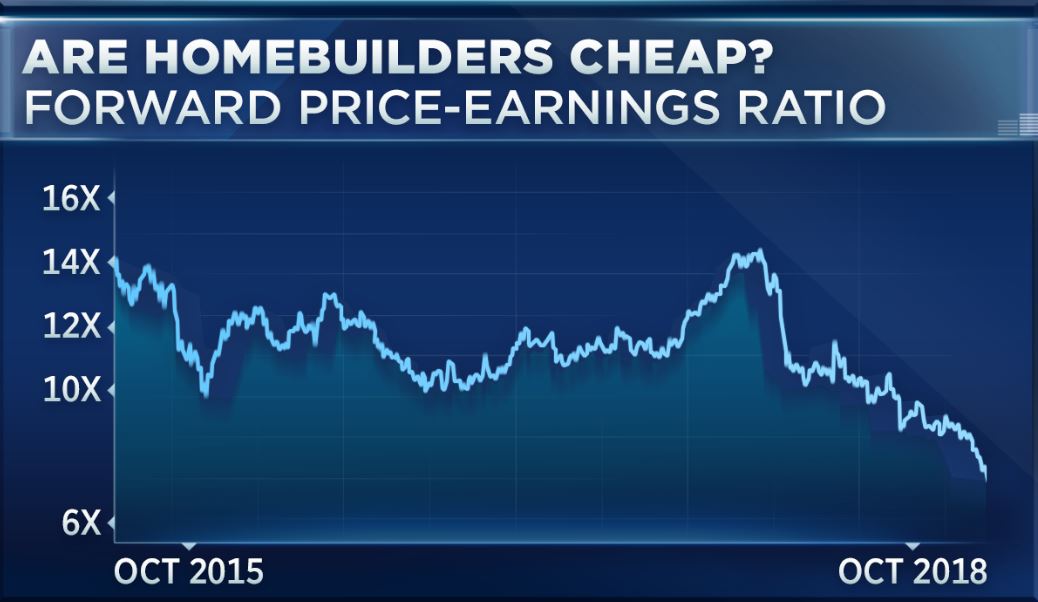 “When you look at the fundamentals, the profit growth for next year has been cut by one-third just in the last six months. That’s a big drop,” she said, noting headwinds like the rising cost of materials and weakening home sales.

From a technical perspective, the stocks could see a bounce, but perhaps just in the short-term, said Miller Tabak equity strategist Matt Maley. Rising interest rates caused Maley to go negative on the group in February. 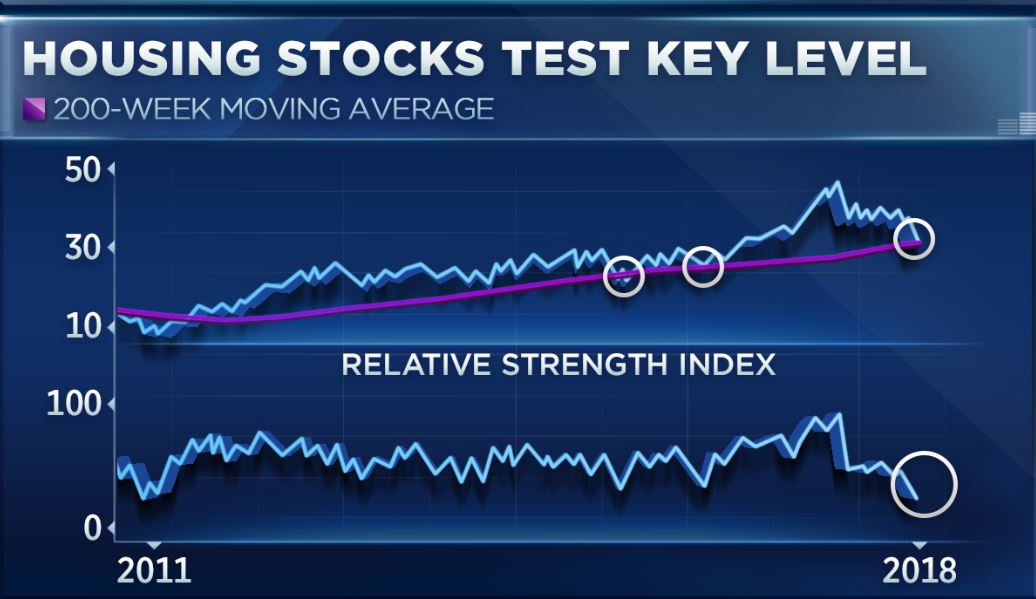 Bank of America Merrill Lynch downgrades homebuilder stocks Toll Brothers, PulteGroup and NVR and lowers its homebuilding estimates for 2018 and 2019.