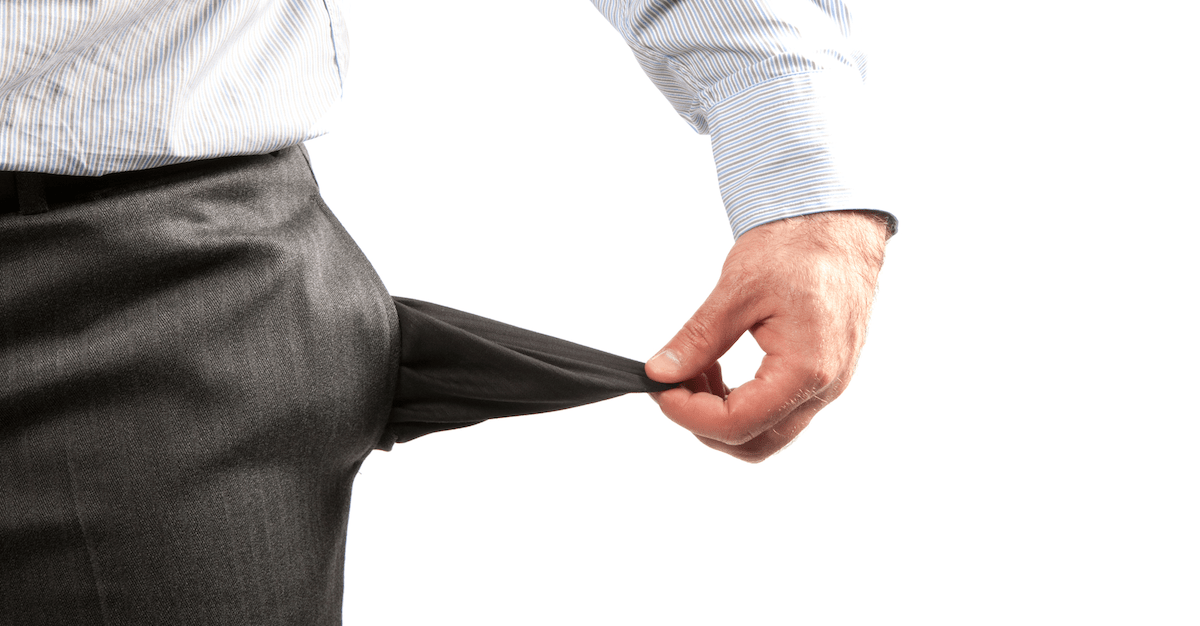 Halas had only played 12 games as a professional when a hip injury abruptly ended his dream of making it big.

Being a baseball player was all Halas really knew, and with his career finished, he had limited prospects.

Eventually he was able to find steady work in Decateur, Illinois, a small town about 3 hours from Chicago, where he took a job with the A.E. Staley Company.

The company’s founder, Augustus Staley, loved sports, and he recruited some of his employees to play on a company team that competed in a regional gridiron football league.

The team was known as the Decateur Staleys, and Halas became the manager.

Halas didn’t have much football experience, but he did well as team manager. The Staleys earned a 6-1 record in their first season and won the central Illinois Football Championship.

But Augustus Staley lost a ton of money.

Game attendance was pitiful, so his football team brought in almost zero revenue. But he had to pay the players, pay for the equipment, pay for team travel, etc.

George Halas jumped at the chance. He took the team (and the money) to Chicago, and eventually renamed it the Chicago Bears.

Today the team’s estimated worth is nearly $3.5 billion. But its remarkable to think that a century ago the team actually had NEGATIVE value.

This isn’t incredibly common, but it does happen from time to time: businesses can be worth less than zero. And most of the time they don’t have such a remarkable turnaround story.

READ  WORTH SHARING - For those who think Biden has it in the bag PLEASE READ.

Case in point: Hertz, the rental car company, has $14.4 billion worth of vehicle loans according to its most recent financial statements.

But the company estimates that its vehicles are actually worth LESS than the debt they owe. This means that Hertz’s rental cars have negative equity.

Including the company’s other assets and liabilities, Hertz has NEGATIVE $2.8 billion in net tangible assets… so the entire company is worth less than zero.

They’re also quickly burning cash with no end in sight. Unsurprisingly, Hertz filed for bankruptcy a few days ago.

Similarly, the retail chain JC Penny also recently filed for bankruptcy. According to its financial statements, JC Penny has an accumulated deficit of MINUS $3.7 billion, and negative net tangible assets (including interest rate derivatives).

WeWork hasn’t declared bankruptcy (yet). But the company barely has any assets at all despite having an unbelievable $47 billion in lease liabilities.

So WeWork is probably also worth far less than zero.

Frankly it’s not unreasonable to think that a LOT of companies are in this position right now.

Stock markets around the world are surging higher because investors are looking for any excuse to believe that everything is about to be back to normal.

Right now as I write these words, in fact, the US stock market is worth roughly the same amount as it was in early 2019.

That strikes me as completely ridiculous.

In early 2019 there weren’t tens of millions of unemployed, countless businesses shuttered, and unfathomable looming bankruptcies.

Plus today we have to contend with the obvious risks of subsequent virus outbreaks, more shutdowns,  travel and trade barriers, the looming Cold War between the US and China, and higher tax rates to pay for all the bailouts.

It’s fair to say that economic conditions and earnings prospects today are completely different (and a lot uglier) than they were in early 2019. So how can stocks possibly be worth the same amount?

And again, if you dive a little bit deeper, you might find that a number of big companies are actually worth less than zero.

In normal times, investors typically value a business based on a certain multiple of its cashflow… or at least its future cash flow.

But these aren’t normal times. And valuing a business based on pre-Covid projections is just silly.

A lot of companies will have a long-term hit to their revenues and profits. Some might not be able to operate at all.

So a safer bet is to value a company based on its assets; in other words, how much are the company’s business assets worth, minus the liabilities?

If the answer (like Hertz) is less than zero, then you might just want to consider avoiding the investment altogether.

Hertz is definitely not going to be the last big company to file for bankruptcy. There are a lot more retailers, travel companies, etc. that are on the brink.

At this point, any highly leveraged (i.e. heavily indebted) business might just be worth less than zero. So be cautious before following the crowd and rushing back in.

Remember this if you’re thinking about buying an index fund; there are literally hundreds of companies in that index, many of which might be worth less than zero.

Longer term, great businesses, both public and private, will do very well and be in much better shape than before Covid; economic downturns and financial crises actually help solid businesses rise to the top.

Companies with high quality products or services, talented management, and sensible finances are able to navigate the challenges and emerge stronger than ever. They eventually consolidate market share from weaker competitors who don’t make it, and they end up becoming even more profitable.