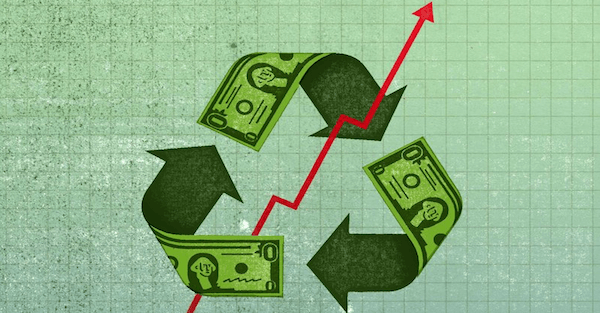 In January 1980, the price of gold hit a record high of $850 per ounce. Then it began a nearly two-decade slide.

So naturally it was at this point that the British government made the infamously stupid decision to sell the bulk of their gold reserves.

They began dumping their gold on July 6, 1999. And it took more than two and a half years to auction all 395 metric tons.

Gold prices remained depressed during the auctions. The Brits received about $275 per ounce on average.

Almost immediately after the sale, the price of gold started to rise.

The British government literally sold most of its gold reserves at the bottom of the market. In retrospect the decision looked completely short-sighted and idiotic.

And taxpayers were rightfully furious.

But as infamously terrible as Britain’s decision was, we’ve been seeing even dumber financial decision-making lately in the private sector.

The company founded by Thomas Edison (with a little help from his friend JP Morgan) was long one of the world’s most admired firms.

But its fortunes have been falling.

And the company accumulated a whopping $100 billion in debt along the way.

Yet over this same period, GE spent an astonishing $50 BILLION of shareholders’ money to buy back its own stock.

Over the long-term, share prices (in theory) rise and fall based on a company’s performance. Shares of healthy, profitable companies do well. Shares of poorly performing businesses will fall.

But in the short-term, share prices are all about supply and demand. If there’s a sudden surge in people who want to buy a stock, the price goes up.

So naturally when GE executives spent $50 billion worth of company money buying GE shares, the price of GE stock increased.

This increase in share price wasn’t because GE was performing well as a business.

One of the primary metrics used to assess a company’s financial performance is its Earnings Per Share (EPS).

This is an easy calculation– the amount of profit a company earns divided by the total number of shares.

Now, when a company buys back its own stock, all of those shares that they purchase in the market get retired.

This makes the company appear to be more profitable than it really is; the actual profit of $1 billion didn’t change. But the EPS increased 25%, from $1 per share to $1.25 per share.

The market sees these results and cheers the company’s ‘surge in earnings’. But in reality, there is no increase in profit. It’s all phony financial engineering.

An analysis by investment firm Artemis Capital Management, in fact, argues that more than 40% of corporate earnings growth between 2009 and 2017 is due to share buybacks… not actual profit.

Some of the largest companies in the world have spent the last several years buying back their own stock: Apple. Pepsi. Google. Wells Fargo. Visa. eBay. AIG. Cisco. Pfizer. CVS.

And the buybacks are still ongoing; JP Morgan estimates there will be $800 billion in buybacks this year alone.

Not to say buybacks are inherently bad. They make a lot of sense if a company is buying shares well below their intrinsic value.

But that’s not what these big companies are doing.

Just like the British government selling gold at the bottom of the market, corporate executives have been going into DEBT and spending their shareholders’ money to buy their company’s stock at record high prices.

This is a terrible violation of their solemn, fiduciary obligation to act responsibly and cautiously with their shareholders’ money.

In GE’s case, the company spent $50 billion to buy back the stock, only to see the share price fall in HALF.

So shareholders have lost more than $25 billion as a result of GE executives’ short-sightedness.

This is a colossal waste of money.

I’ll leave you with this…

It was a banner quarter across the board.

But the stock fell nearly 2% today.

All because the Goldman’s CFO announced the company wouldn’t buy back any shares in the second quarter… because he sees opportunities to invest in the company’s growth.

The market is so dependent on buybacks today that it is punishing a stock that just had a blowout quarter, all because it won’t buy back more stock.

That should tell you something.