When Democrats don’t get their way… 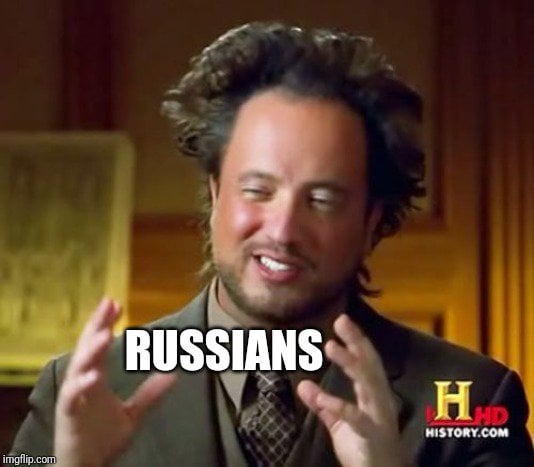 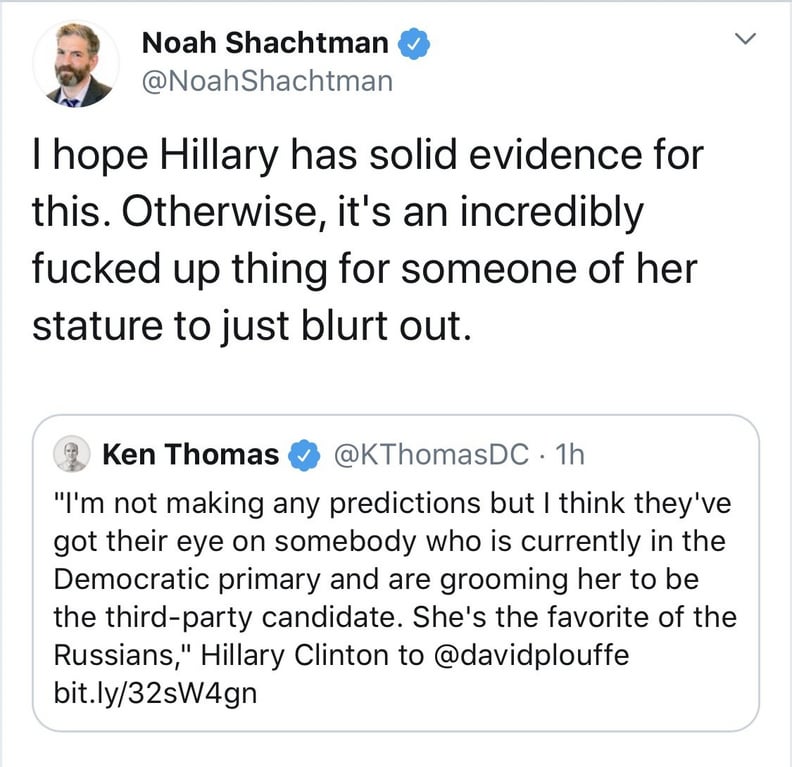 Hillary Clinton said that Rep. Tulsi Gabbard is being groomed by Moscow to run as a third-party spoiler candidate in 2020 to help President Trump win reelection.

Plouffe and Clinton discussed hurdles the Democratic nominee would face and compared the 2020 race to Clinton’s loss to Trump in 2016. Plouffe asked Clinton about the part third-party candidates, such as Jill Stein of the Green Party, played in 2016, allowing Trump to secure key states.

“They are also going to do third party again,” Clinton, 71, said. “I’m not making any predictions, but I think they’ve got their eye on somebody who is currently in the Democratic primary and are grooming her to be the third-party candidate,” Clinton said, referring to Gabbard, without mentioning the Hawaii representative by name.

And it just gets better from there. But I love this comment by a Hillary defender and the response:

I’ve said before that I think Tulsi Gabbard is the only one in the Democratic field who would take on Trump effectively, and this response shows why.

Seems like Hillary Clinton is the real Russian asset, not Tulsi Gabbard as Hillary claims