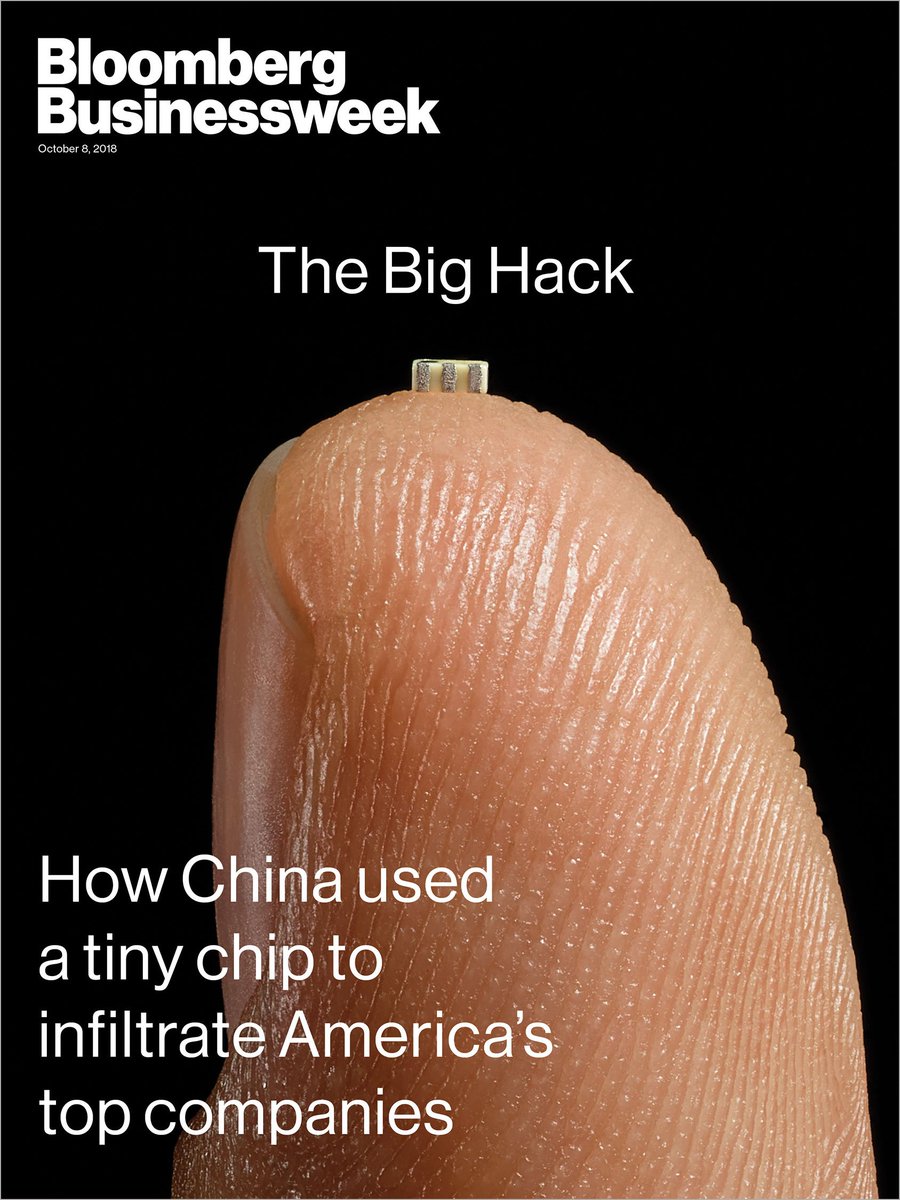 Chinese spy chips said to be found in hardware used by APPLE, AMAZON…

In 2015, Amazon.com Inc. began quietly evaluating a startup called Elemental Technologies, a potential acquisition to help with a major expansion of its streaming video service, known today as Amazon Prime Video. Based in Portland, Ore., Elemental made software for compressing massive video files and formatting them for different devices. Its technology had helped stream the Olympic Games online, communicate with the International Space Station, and funnel drone footage to the Central Intelligence Agency. Elemental’s national security contracts weren’t the main reason for the proposed acquisition, but they fit nicely with Amazon’s government businesses, such as the highly secure cloud that Amazon Web Services (AWS) was building for the CIA.

To help with due diligence, AWS, which was overseeing the prospective acquisition, hired a third-party company to scrutinize Elemental’s security, according to one person familiar with the process. The first pass uncovered troubling issues, prompting AWS to take a closer look at Elemental’s main product: the expensive servers that customers installed in their networks to handle the video compression. These servers were assembled for Elemental by Super Micro Computer Inc., a San Jose-based company (commonly known as Supermicro) that’s also one of the world’s biggest suppliers of server motherboards, the fiberglass-mounted clusters of chips and capacitors that act as the neurons of data centers large and small. In late spring of 2015, Elemental’s staff boxed up several servers and sent them to Ontario, Canada, for the third-party security company to test, the person says.

Nested on the servers’ motherboards, the testers found a tiny microchip, not much bigger than a grain of rice, that wasn’t part of the boards’ original design. Amazon reported the discovery to U.S. authorities, sending a shudder through the intelligence community. Elemental’s servers could be found in Department of Defense data centers, the CIA’s drone operations, and the onboard networks of Navy warships. And Elemental was just one of hundreds of Supermicro customers.

During the ensuing top-secret probe, which remains open more than three years later, investigators determined that the chips allowed the attackers to create a stealth doorway into any network that included the altered machines. Multiple people familiar with the matter say investigators found that the chips had been inserted at factories run by manufacturing subcontractors in China.

This attack was something graver than the software-based incidents the world has grown accustomed to seeing. Hardware hacks are more difficult to pull off and potentially more devastating, promising the kind of long-term, stealth access that spy agencies are willing to invest millions of dollars and many years to get.

“Having a well-done, nation-state-level hardware implant surface would be like witnessing a unicorn jumping over a rainbow”

WASHINGTON (Reuters) – The U.S. government on Wednesday warned that a hacking group widely known as cloudhopper, which Western cybersecurity firms have linked to the Chinese government, has launched attacks on technology service providers in a campaign to steal data from their clients.

The Department of Homeland issued a technical alert for cloudhopper, which it said was engaged in cyber espionage and theft of intellectual property, after experts with two prominent U.S. cybersecurity companies warned earlier this week that Chinese hacking activity has surged amid the escalating trade war between Washington and Beijing.

Homeland Security released the information to support U.S. companies in responding to attacks by the group, which is targeting information technology, energy, healthcare, communications and manufacturing firms.

“These cyber threat actors are still active and we strongly encourage our partners in government and industry to work together to defend against this threat,” DHS official Christopher Krebs said in a statement.