You’re not wrong to be curious about income inequality. Politicians on both sides talk about it all the time, and the media is obsessed with stories about the top 1%. Our map takes a unique look at inequality by focusing on the threshold of income needed to join the top 1% compared to the top 50% for several countries around the world. 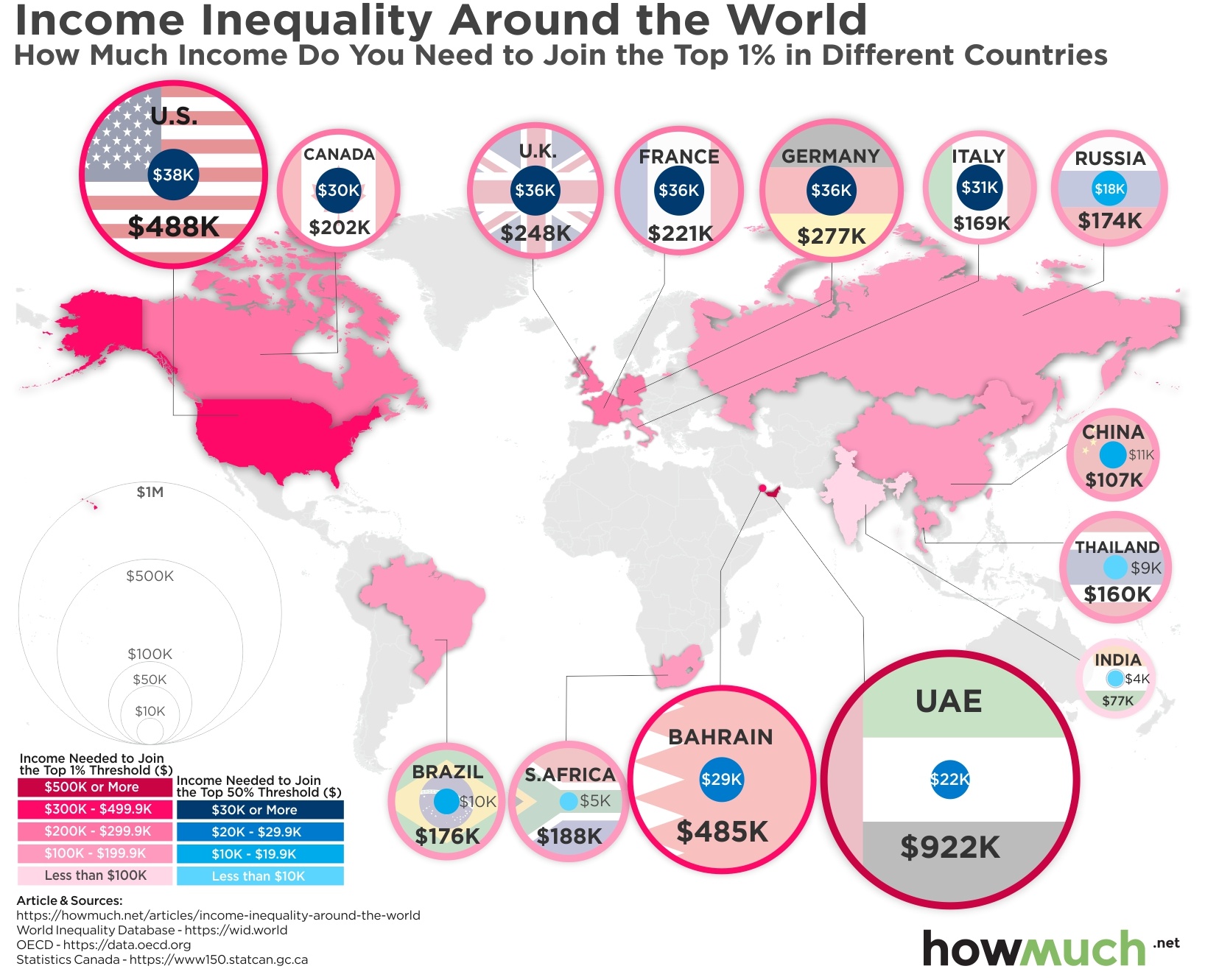 Inspired by an idea from Bloomberg, we analyzed a handful of countries from different regions around the globe. These countries aren’t necessarily representative of their respective regions. We figured out how much money it would take to be in the 50th percentile of income for 14 different countries around the world from The World Inequality Database, comparing it to the threshold needed to join the top 1%. We used the latest available set of numbers available. We pulled data for Canada from Statistics Canada taking into consideration purchasing power parity (PPP) according to the OECD.

READ  World Health Organization: The second year of the #COVID19 pandemic 'could even be tougher'

Consider the relationship between inequality overall and how much people in the 50th percentile make. For example, the U.S. definitely has some substantial inequality, but middle income Americans make more money ($38K) than any other country in our visualization. Germany, France and the U.K. are also unequal overall but relatively high incomes for the 50th percentile ($36K). Compare that to the situation in Brazil and South Africa, where middle income workers earn roughly 7x less than in the U.S..

READ  Rest of world locking down food supply, we are selling to ours

There are a couple things to keep in mind about our map. It only contains numbers for 14 different countries. There are also big differences in inequality inside countries like the U.S. There’s a lot that can be said about comparing wealth instead of income. And finally, our map doesn’t consider the types of services each government provides for its citizens. People in one country might have guaranteed retirement pensions (like France used to) and healthcare, but many Americans don’t have access to these types of things outside of their workplace.

So there’s lots of inequality around the world, but is that necessarily bad for middle income workers? Let us know your thoughts in the comments.