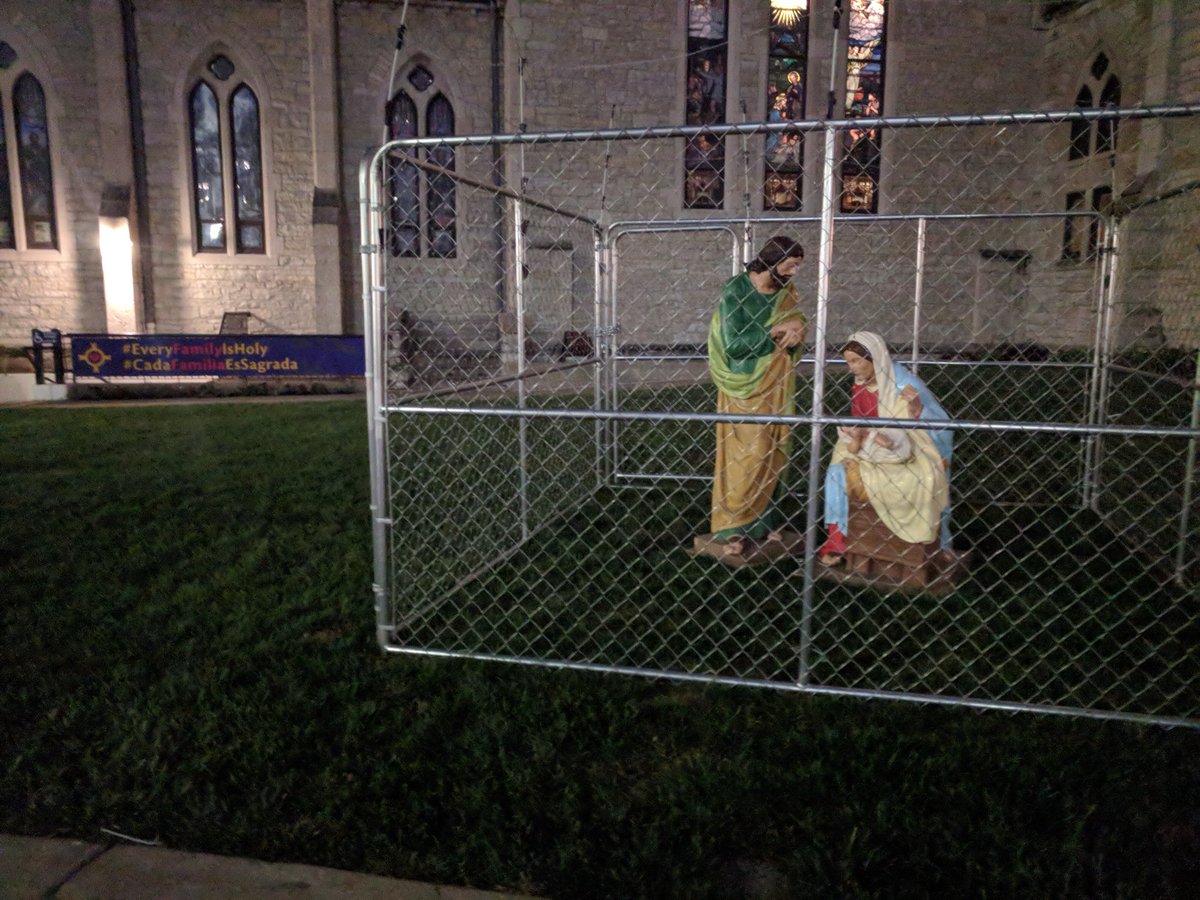 Speaking of leftist insanity and news going under the radar, on Tuesday, an Episcopalian church in Indianapolis decided to protest President Trump’s zero tolerance immigration policy by putting statues of Mary, Joseph and the baby Jesus in a cage of sorts, topped with barbed wire.

On our lawn tonight we placed The Holy Family…in #ICE detention. #Immigration pic.twitter.com/eSkTv89SEf

Well, I thought they were caging them to keep liberals from stealing baby Jesus.

Rev. Stephen Carlsen told the Indianapolis Star : “I know what the Bible said “We’re supposed to love our neighbors as ourselves.”

This is just another example of how much of the church chooses to stay willfully ignorant of the facts.

It’s the current year and you’d  think EVERYONE would know by now that it was OBAMA’s Administration that did that! Putting people in cages and separating families that is. Also, I don’t recall Joseph and Mary violating any Roman laws. This church is conveniently ignoring facts to promote a political agenda.

READ  TOO FUNNY: CNN Host Turns On Kamala Harris – Admits The TRUTH about her Foreign Trip

Here’s a couple of quick facts for you:

Joseph and Mary had to flee from where they lived to Egypt because the Magi said that King Herod intended to kill the infants in the area they lived in. They were actual refugees to Egypt. Joseph and Mary traveled to Bethlehem because that was his legal city and they were abiding by the Roman census law. Mary and Joseph were in their own land and went to Bethlehem for a census. That means they were citizens.

They were there for around 2 years when King Herod decreed all boys aged 2 and under be killed. Mary and Joseph were then instructed by an angel to go to Egypt. However, the rest of Jerusalem wasn’t instructed to go with them. It wasn’t a mass invasion like we’re having now.

Real love of thy neighbor does not necessarily give the neighbor what he or she wants. It is objectively better for them to stay in their own countries and work toward change there. Keeping the border open enables rape, human and drug trafficking, abandoned families in the home countries, bigamy committed by illegals who have spouses in their home countries, and on and on. Enabling that is what we will have to answer for.

CCCIndy are just plain dumb and even dumber for this sacrilege display. Talk about an apostate church! Where was this idiot church’s protest when Obama was doing it? Their protest is a lie. This isn’t a Christian church, it’s a DEM political forum.

You communists make me sick.

Smart citizens of the USA are trying to trim down rapes, murders, identity thefts, robberies, etc, by vetting people that want to enter the country. What is wrong with screening people through legal channels before they enter the country? Why don’t you want to protect the American citizens that are already here? Locking  the doors to your home is called protecting your family.

A better life for their families does not start by breaking our laws, then demanding we give them whatever they want, then waving the national flag of the country they left to come here and then wanting everything in the country written in their language because they don’t want to learn ours.

Happy 4th of July to all of our readers.