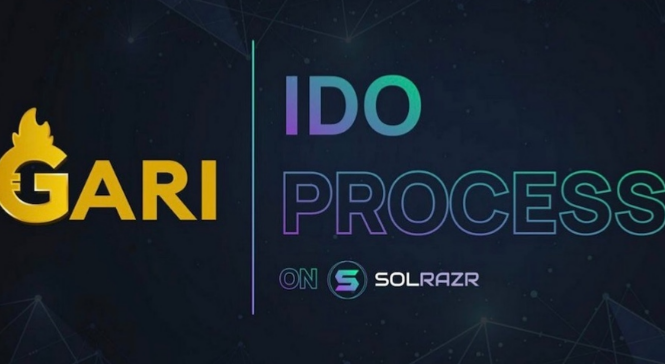 Chingari, one of India’s fastest growing micro content and short video apps, has revealed the date for its vaunted IDO (Initial DEX Offering) of its native $GARI token on the Solana-based decentralized developer ecosystem, SolRazr.

Starting tomorrow, December 15th, and running until December 18th, 2021, the $GARI token will be exclusively available on SolRazr for purchase. In the time leading up to the sale, the Chingari team has surpassed several significant milestones from its list. It now aims to raise an additional $16 million from the IDO – the largest of its kind in any decentralized launchpad to date.

While Chingari is aiming high, it isn’t far-fetched given the success that has already enveloped the platform. Since its redesign in 2020, Chingari has raced past other prominent social media apps in India, including Facebook, Moj, MX TakTak, Josh, and several others. At last count, the platform boasts of more than 32 million active users who generate almost 156 million content views per day.

Another reason behind Chingari’s explosive growth in 2021 is the fact that it is India’s first social media app to launch its native token, together delivering more value-added features for both content creators and viewers. The Chingari team recently unveiled its Solana-powered $GARI token at a public event hosted by Bollywood megastar Salman Khan. Besides being one of the biggest celebrities in India with more than 43 million Twitter followers, Khan is also the brand ambassador of the Chingari-led content creation revolution, further increasing the app’s appeal among the country’s netizens.

In November 2018, Sumit Ghosh, Deepak Salvi, Aditya Kothari, and Biswatma Nayak unveiled the Chingari app. Initially, the platform was limited to uploading and downloading short videos, sharing them, commenting on them, and other basic features.

As part of its redesign in 2020, the Chingari team rolled out several unique features, including the option for creators to sell their merchandise, mint NFTs, and engage other monetization avenues. Following this release, Chingari launched its native token $GARI to be employed across all platform-specific functions like creating NFTs, receiving tips from fans, governance, and more.

With more than 90 million downloads, Chingari has quickly positioned itself as the go-to short video app, following the Indian government’s decision to ban TikTok in the country. Chingari has also experienced notable success attracting funding. The platform recently set a new record by raising $12.3 million in 24 hours from the $GARI public sale on Republic. Other than this, the Chingari team has also raised $19 million from its recent funding round, which saw more participation from more than 30 prominent venture capital firms and individual investors.

As an emerging Web3 content sharing platform, Chingari wants to create a monetization platform that focuses on creators while extending the token’s utility to include other social media segments. Unlike crypto coins, social tokens may be the future of community platforms, and the Chingari team feels that the $GARI token could also disrupt the global creator ecosystem.

Remarking on the platform’s growth, Tariq Wali, Chief Technology Officer at Chingari, concludes, “The Internet was the closest innovation to what’s happening in the crypto world now – the society moving to a world powered by cryptographic truth through the advancement of Web 3.0. Paradigm shifts like this happen once in centuries.”