In that research note, I argued that the market’s expectations for inflation over the next 10 years, via the breakeven rate, were far too high at a rate of 2.10% and would likely converge to the true 10-year annualized rate of inflation, near 1.6%. I also argued that a 50-basis point reduction in inflation expectations would translate to roughly a 50-basis point decline in the 10-year treasury yield all else equal. Both growth and inflation impact long-term interest rates, and a reduction in inflation expectations would translate to lower nominal yields.

Before updating the current rates of inflation expectations, here is a look at what I wrote to subscribers in the [Weekly Macro Theme]report roughly three weeks ago.

The rate of inflation over the past 10 years has been 1.61% on average and has been in decline over the past several decades given the factors of debt, demographics, and productivity discussed above. 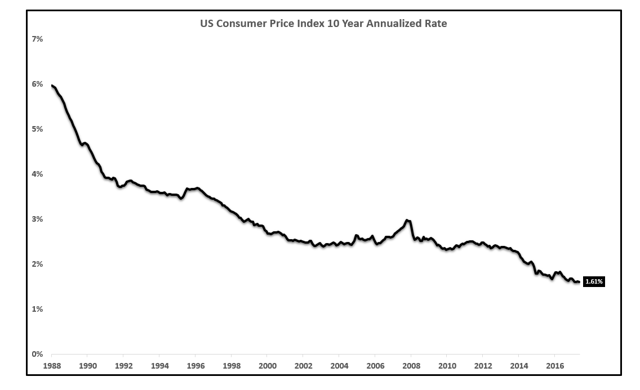 Inflation expectations are way too high. I have highlighted this point in past articles but it is worth reiterating. Inflation over the past 10 years has been 1.61% on average and the market is currently anticipating, through 10-year breakeven rates, that there will be 2.10% inflation on average over the next 10 years.

Inflation Expectations Are WAY Too High: 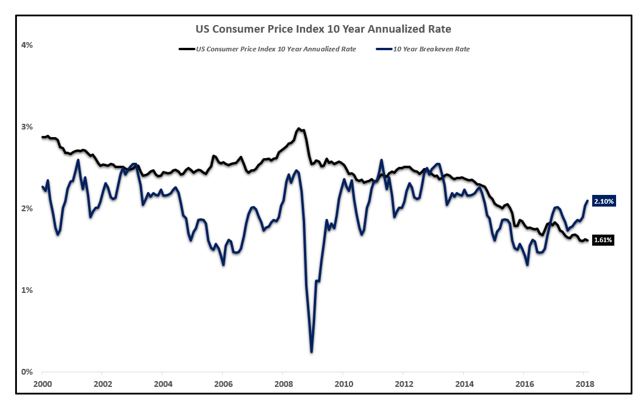 It is important to note that long-term interest rates have bottomed. On February 21, (TLT) bottomed. The economic data has slowed materially since then, along with the inflation data as noted above. This was well forecast in previous notes and will start to get priced in more significantly in the coming weeks.

I expected the market to begin repricing inflation expectations as stated in the last line of that statement above.

See also  Inflation Ramps Up AGAIN and Markets Are Starting To Worry! Trillions At Risk

Since that note on March 13th, the 10-year Treasury rate (IEF) has fallen from 2.87% to 2.77% today. The 10-year yield has dropped 10 basis points, with a 5 basis point reduction in inflation expectations since March 13th. 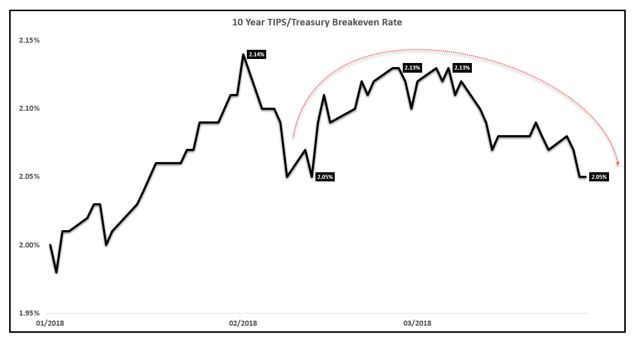 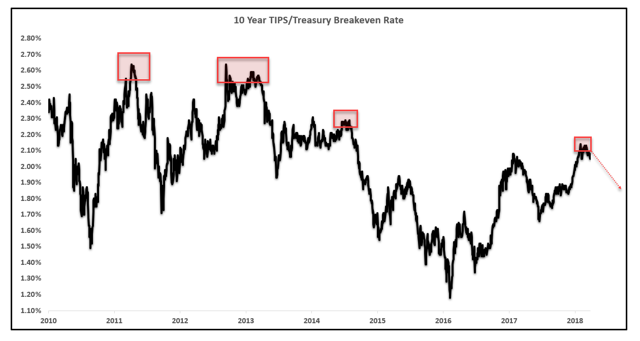 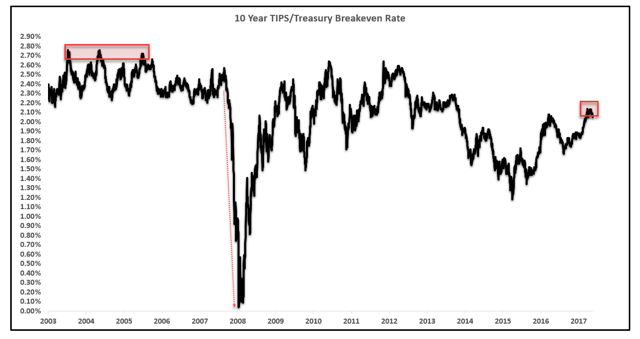 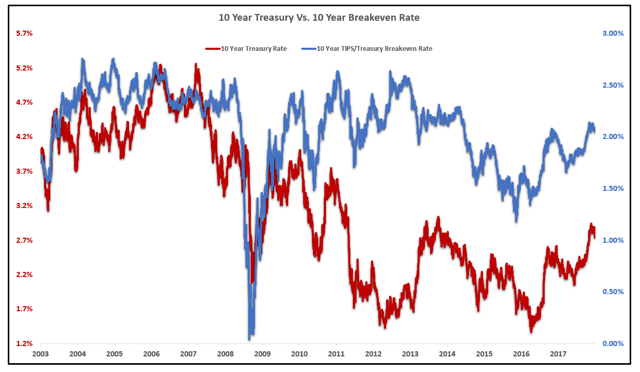 When looking at all the facts, the argument that foreign banks or central banks are the ones who are suppressing rates seems more incorrect.

How can one argue rates should be where they were in the past economic cycle, in the high 4% range, when growth and inflation expectations are 175 basis points lower. 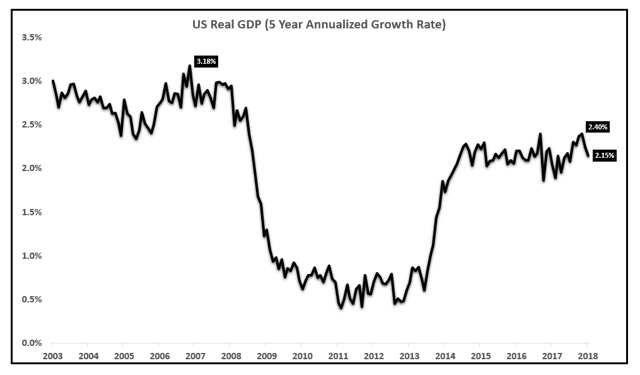 If you add 175 basis points to today’s rate of roughly 2.8%, to normalize the growth and inflation expectations, you land at 4.55%, a rate that seems more ‘normal’.

Long-dated interest rates are, for the most part, a function of growth and inflation expectations.

Inflation expectations have peaked and are now headed lower.

I also believe, however, that the peak in economic growth is behind us, and growth will begin to decelerate. In fact, there is ample evidence that growth is already starting to decelerate.

Coupling a falling rate of growth with declining inflation expectations will cause a continued fall in nominal long-term treasury rates.