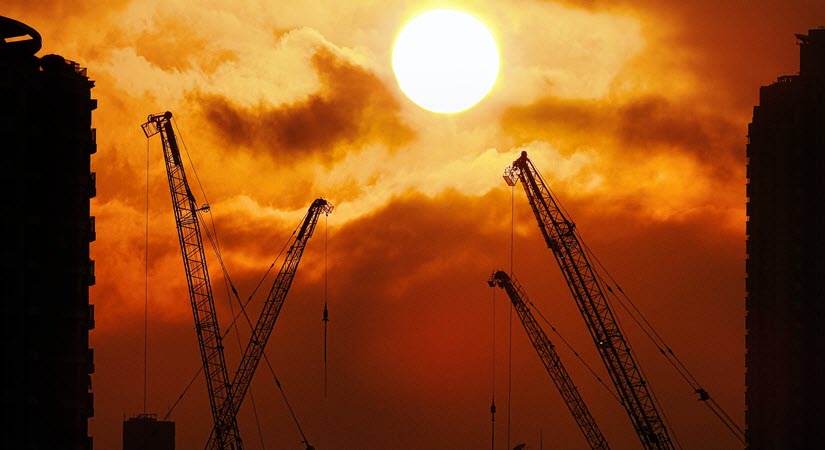 On top of the economic challenges the U.S. is facing while struggling to recover in the wake of the COVID pandemic and subsequent shutdowns, there’s the issue of our nation’s crumbling infrastructure.

The Biden Administration is proposing to address that problem by with a $550 billion infrastructure improvement bill. Some of the infrastructure the funds will be spent on include, but aren’t limited to:

On the bright side, it appears that a portion of the funds are directed to important parts of the U.S. infrastructure that got a C- grade overall.

Unfortunately, that’s not all Washington is working on:

No matter how you spin it, $3.5 trillion is an incredible amount of taxpayer-sponsored funding. That would come on top of the $1.9 trillion already spent in COVID relief earlier this year. And on top of the half-a-trillion-dollar infrastructure spending.

Here’s the real problem: all this spending is forming a bubble, according to legendary investor Stanley Druckenmiller…

“The biggest bubble I’ve seen in my career!”

A recent article shared some startling comments by the billionaire philanthropist and former hedge fund manager affectionately known as “Druck”:

Any further stimulus spending is intended to fix a problem that, in Druck’s words, “doesn’t exist anymore.” He added: “If I was Darth Vader and I wanted to destroy the US economy, I would do aggressive spending in the middle of an already hot economy. You usually get a bubble out of that, and you get inflation off of that. Frankly, we now have both. This is the biggest bubble I’ve seen in my career.”

Druckenmiller’s point? Simply that the U.S. economy has already recovered as much as it’s going to. Economies don’t work like a bonfire — after a certain point, pouring more gas on them doesn’t make them burn higher and hotter. No matter how much gas you have.

Economies are more like a car. Once you have the accelerator floored, your car will reach its top speed. Pushing harder on the pedal won’t make the car go faster. Worse, keeping the accelerator floored to too long isn’t just inefficient, it will cause your engine to overheat. Keep your foot down and your engine will explode (then miles-per-gallon will be the least of your problems)…

All this new spending is trying to make the economy go faster when it’s already redlined. Another $4 trillion in federal spending risks inflating that bubble too much, keeping the accelerator floored much longer than we should. The habit of huge government spending from both the prior administration and this one, too risks catastrophic failure.

In other words, an exploding engine.

And there are already warning lights flashing on the economic dashboard…

So far this year, the dollar index has dropped about 3%. That may not sound like a big deal, but it means two things:

The stock market is absurdly overvalued (somewhere between 50%-60% based on reversion to the mean). We don’t want to belabor this point beyond drawing an analogy to overinflating your car’s tires. There’s a reason they have numbers printed on the side…

Officially-reported CPI inflation rose 5.4% year over year in June. This follows a period of steadily higher inflation increases monthly since January. As we reported previously:

This is the largest one-month jump since 2008. If you take the “lowest of the lowball” Core CPI measure, which ignores food and energy prices (because nobody really needs to eat, right?) the June annual inflation rate is only 4.5%, the biggest jump in 30 years.

Depending on your metric, inflation is running at either a 13-year or 30-year high. (If your car’s temperature gauge says 300º it doesn’t really matter whether it’s measuring in Fahrenheit or Celsius. It’s still about to explode.)

But our leaders seem convinced that, despite these warning lights, keeping the pedal down is the right move.

President Biden even claims that these enormous infrastructure expenditures will somehow reduce inflation:

During his recent, somewhat confusing CNN town hall, President Biden claimed that his multi-trillion dollar infrastructure spending packages will “reduce inflation.” Unfortunately not only is that false, but in the short term, that spending will make inflation worse.

Since when does more spending mean less inflation?

Since when does keeping your foot down on the gas make your car go slower? (Maybe they’re trying to outrun inflation?)

It seems like Washington and the Fed are determined to keep barreling into the future at top speed. With Fed Chairman Jerome Powell at the wheel, blind to the red lights strobing on the dash, his foot trying to push the gas pedal through the floor. President Biden rides shotgun holding a map, trying to figure out exactly where they’re headed. It doesn’t really matter much, though, because the way they’re driving, from the howls of the melting engine, they aren’t going to get much farther…

Time to tune up your retirement

When a red light starts flashing at you from your dashboard, you don’t ignore it. You don’t hope it’ll go away by itself (maybe you do) — but even if you neglect it temporarily, you don’t drive the car even harder.

With this in mind, now might be the right time to give your personal economy a tune-up. (Because those same red lights are flashing for all of America.) You don’t have to! You can choose to turn up the radio and pretend nothing’s wrong. For now.

Or you can choose to take responsibility for your own future. Determine your own route and your own destination. Planning, diversifying, and maintaining control of your retirement can help to ensure you stay on the right track. Physical precious metals like gold and silver can be a part of your diversification strategy. Their proven track record can help add badly-needed stability during even the most harrowing rides into the unknown.