the bear market infection is spreading around the world! pic.twitter.com/6QbeKbvx1R

The market has only just begun a correction from being extended 3-standard deviations above the long-term mean. 1999, 2007 and 2015 were previous instances. $SPY $TLT t.co/uSCQxCkyTF pic.twitter.com/JpOsx55amw

They were all alike. They were the result of an extremely unstable, over leveraged system. (2000 wasn’t a crisis and neither was 1987). Stock declines and crises are different.

For reference for how emotional cycles/expressions of exogenous market events tracks. Here is a chart we will add more data and content to as time goes. This versions contains $NDX added to the view. All charts are daily scaled to match approx 1st drawdown off the top ref $INDU pic.twitter.com/mI2mD1JQ4j

Buffett Indicator: Where Are We with Market Valuations? 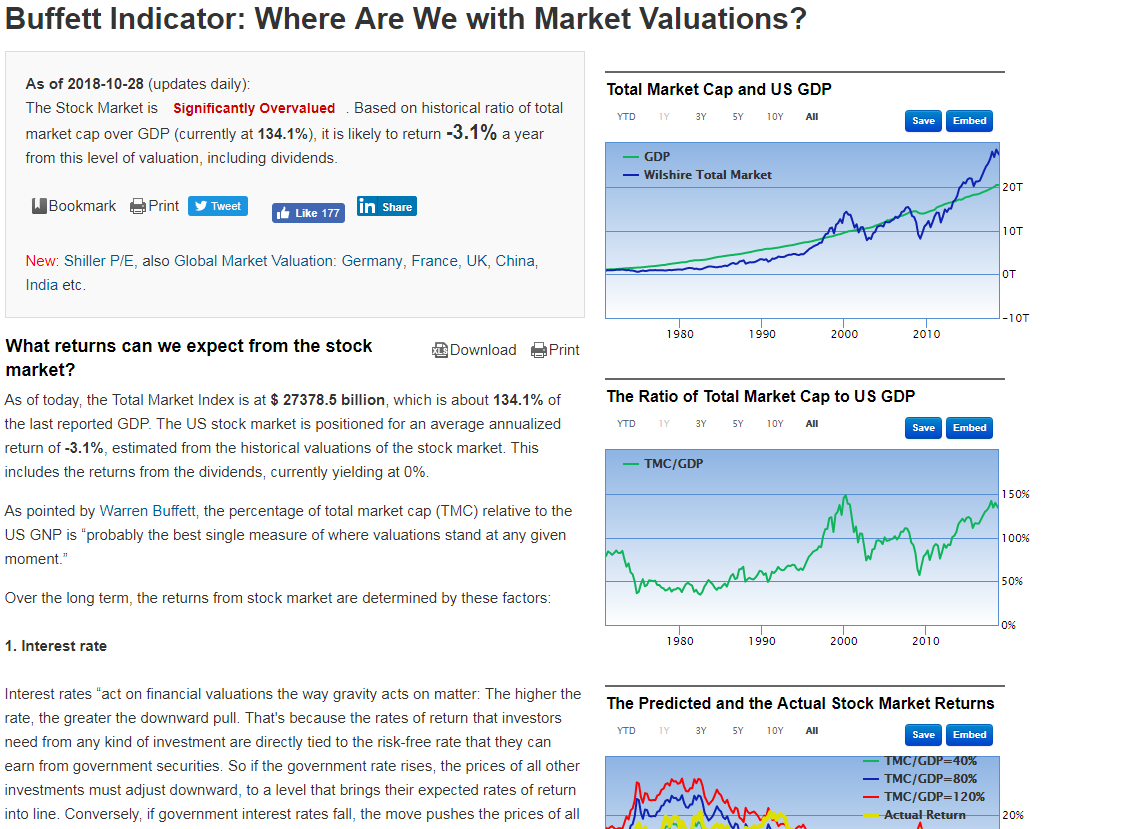 As of 2018-10-26 The Stock Market is Significantly Overvalued. Based on historical ratio of total market cap over GDP (currently at 134.1%), it is likely to return -3.1% a year from this level of valuation, including dividends.